Boris Johnson was contacted by the NHS Test and Trace on Sunday but has not shown any symptoms. Nigel Farage took to Twitter on Sunday evening to warn the Prime Minister that he needs to “get Brexit done”.

He wrote: “The PM came into contact with a Covid case on Thursday.

“If he gets a swab test in the morning and is clear then there is absolutely no need to isolate for 14 days.

“Get tested @BorisJohnson, get back to work and Get Brexit Done.”

On Thursday, Mr Johnson spent over half an hour with Conservative MP for Ashfield Lee Anderson who has since tested positive for COVID-19. 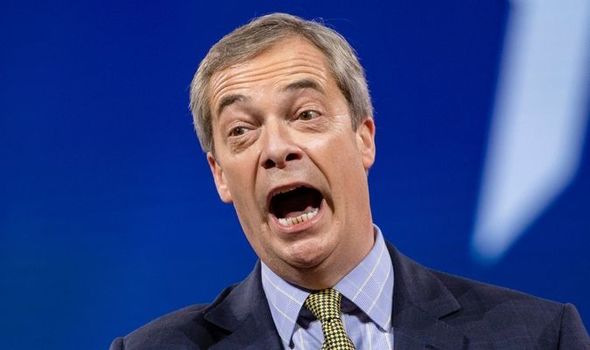 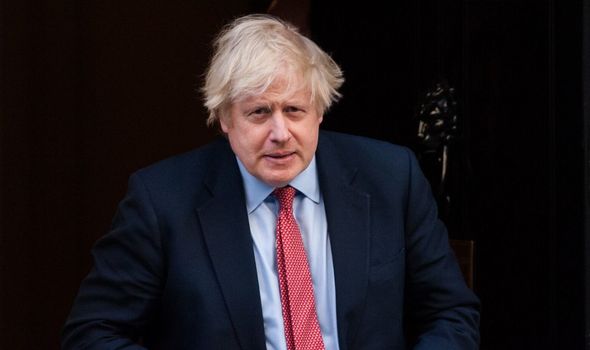 The two men were pictured inside Downing Street on Thursday stood near each other and not wearing face masks.

Mr Johnson has now been told to self-isolate for 10 days.

He wrote on Twitter: “Today I was notified by NHS Test and Trace that I must self-isolate as I have been in contact with someone who tested positive for COVID-19.

“I have no symptoms, but am following the rules and will be working from No 10 as I continue to lead the government’s pandemic response.” 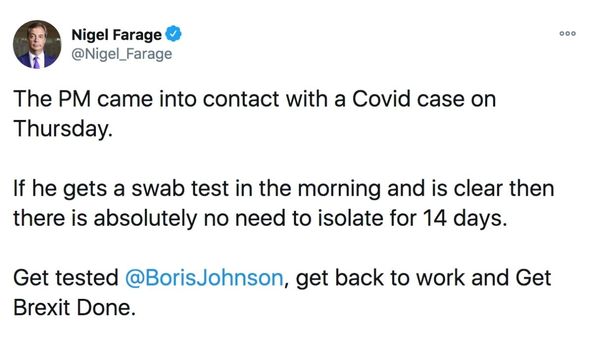 It comes ahead of a crucial week for Brexit negotiations with the EU.

After Mr Cummings’ left, Mr Farage tweeted: “It is well documented that I have never liked Dominic Cummings but he has backed Brexit. 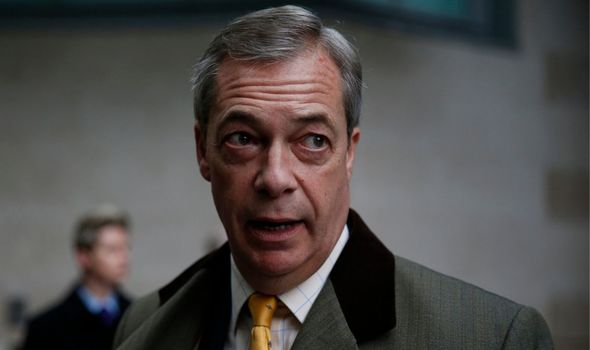 “Seeing him leave Number 10 carrying a cardboard box tells me a Brexit sell-out is close.”

During a video posted on Twitter, Mr Farage called Mr Cummings “arrogant” and said his entire “career and success was based on Brexit”.

Negotiations between the UK and EU are set to resume on Monday in Brussels.

The UK’s chief negotiator, Lord David Frost, arrived in the city on Sunday and said there has “been some progress” in recent days.

He tweeted: “I and our British team have been in talks almost every day since 22 October. 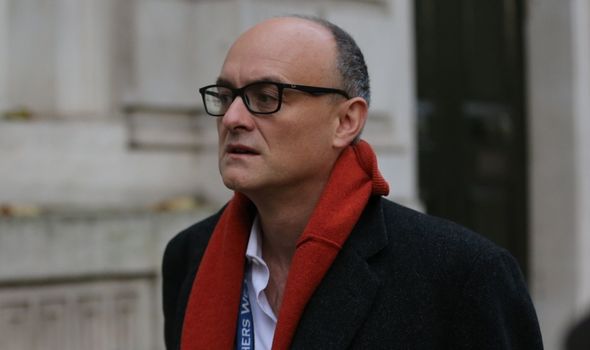 “We are working to get a deal, but the only one that’s possible is one that is compatible with our sovereignty and takes back control of our laws, our trade, and our waters.

“That has been our consistent position from the start and I will not be changing it.”

He added: “There has been some progress in a positive direction in recent days.

“We also now largely have common draft treaty texts, though significant elements are of course not yet agreed. We will work to build on these and get an overall agreement if we can.”

Lord Frost insisted that “people and businesses must prepare for the change that is coming on 31 December, most of which happens whether there is a deal or not”.