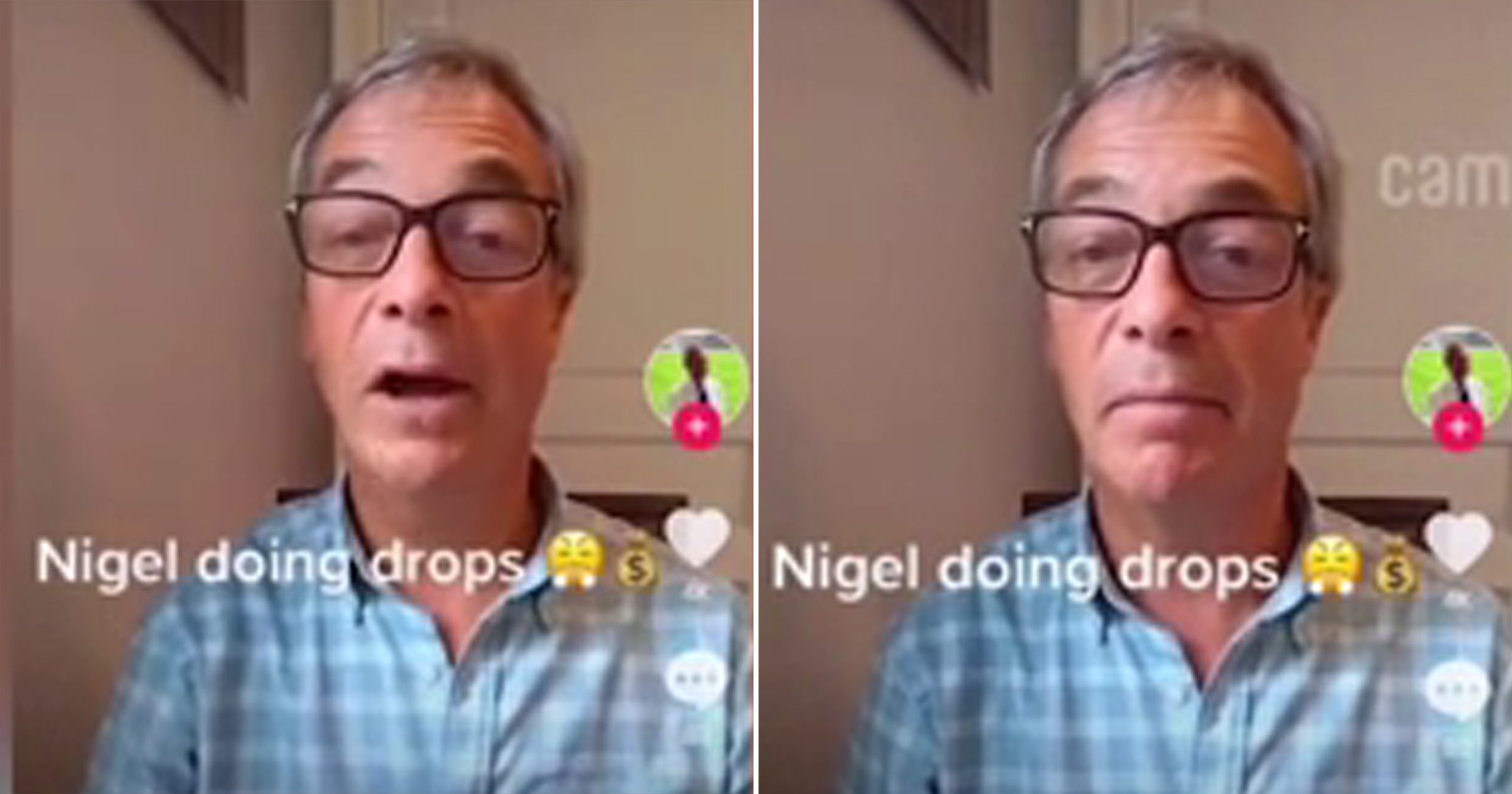 Nigel Farage appears to have given a shout-out to a drug dealer on video-sharing app Cameo.

The former UKIP and Brexit Party leader charges £74 to those who want him to read out a personalised message on the website.

In March he rejected a request to congratulate an asylum seeker for making it across the English Channel.

But this month he was duped into saying ‘up the RA’ – a slogan linked to the IRA – at the end of a birthday message.

Now it appears he has also been tricked into helping a drug dealer advertise their services, in a video peppered with slang he no doubt didn’t understand.

The clip shows him saying ‘wagwarn akhis (what’s up bros)’ and ‘shout out to my plug (dealer)’ before reading out their name.

He then describes this person as the ‘certiest plug around’ – meaning the most ‘certified’ dealer in town.

Farage then goes on to say ‘drops loaded fast’ and ‘cuts always on time’, meaning the dealer is reliable and punctual. He adds: ‘Serious yute (young person) – not gonna lie to you man.’

If the person mentioned in the video really does sell drugs, it is not clear what platform they are using.

Increasingly dealers have been using Instagram and Snapchat to advertise and sell their wares, while others use the dark web or encrypted messaging services such as Telegram.

The video isn’t available on the GB News presenter’s Cameo account but it has since been shared on social media. Metro.co.uk has contacted Farage’s team for further comment.

Farage has since spoken out about the video in which he was tricked into reading a message of support for the Irish Republican Army (IRA).

The clip shows him giving a birthday message to a man named Brian Ó Céileachair before holding up his cup of coffee and saying ‘up the RA’.

Sharing the video on social media, Mr O Céileachair, from Ireland, said: ‘Quite possibly the best birthday present I’ve ever gotten courtesy of Aidan Hart and my mate Nigel Farage.’

When asked about the video, Farage told MailOnline: ‘If I saw “up the RA” I would have looked at that as something very innocent, and wouldn’t have even known there was an implication to it.

When asked if he would knowingly accept a message of support for the IRA, he said: ‘Are you joking? I had a face-to-face death threat from them.’