Ms Sturgeon wrote the article for Die Welt, a German broadsheet, in which she argued Scotland should be “an independent nation within the EU”. She argued the EU, unlike the UK, is a “partnership of equals” where “decisions require consent”.

However her words were furiously criticised by unionist politicians as inappropriate during an international pandemic.

Dean Lockhard, constitution spokesman for the Scottish Tories, commented: “In the middle of a global pandemic, Scottish people will be downright furious that Nicola Sturgeon thinks it’s a good use of her time to shamelessly flog Scottish independence in Germany.

“This is a distraction when lives and livelihoods are on the line.

‘We all, including the First Minister, need to be focused 100 per cent on managing this crisis. 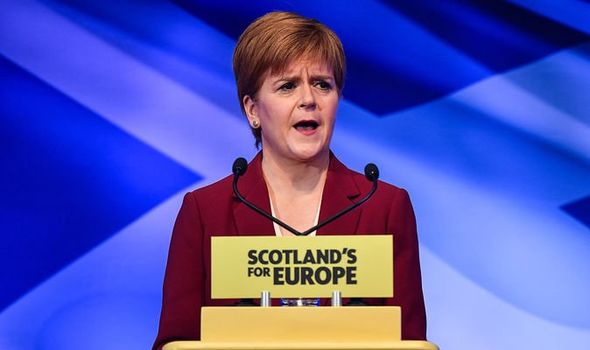 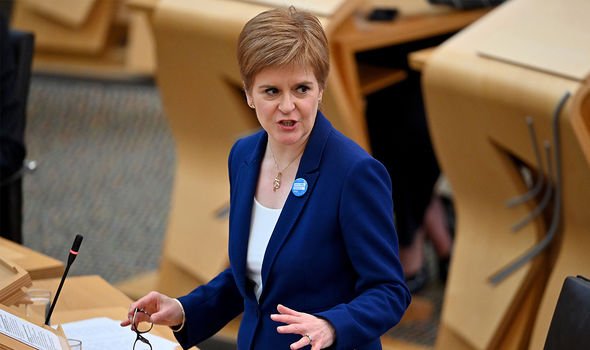 “The last thing that Scotland needs right now is the division and uncertainty of another independence referendum.”

Ahead of this poll Ms Sturgeon described it as a “once in lifetime opportunity”.

However just a few years later the SNP were already demanding a second referendum. 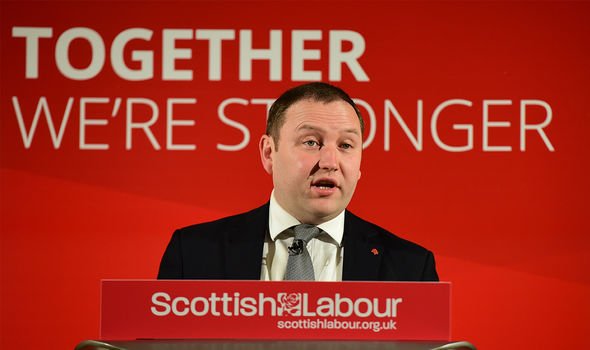 In her article Ms Sturgeon wrote: “Scotland has also contributed much to Europe through our people, our world class universities, and now in particular the fight against climate change.

“The Scottish Government believes the best future for our country is as an independent nation within the EU.

“It is precisely because we have a UK Government that is determined to turn its back on cooperation, consensus and solidarity that Scotland needs an alternative way forward.” 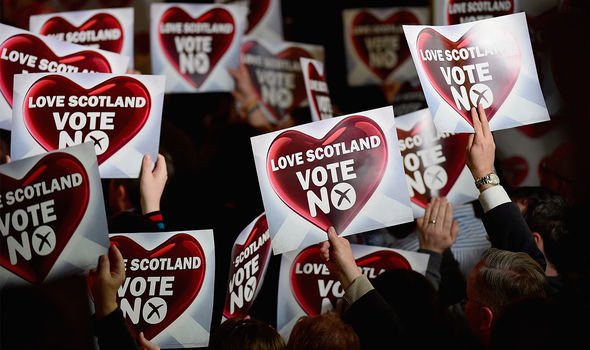 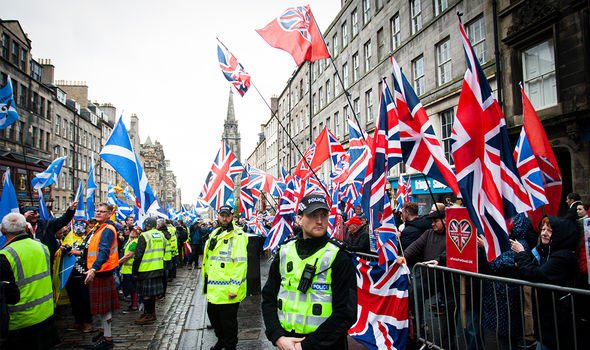 He remarked: “This tells you everything about Nicola Sturgeon’s priorities.

“Scots will be shocked to see that while she tells the people of Scotland she is focused on the pandemic, she is writing about Scexit in an international newspaper and trying to stir up division.

“How dare she talk about solidarity when she wants to tear apart the bonds of solidarity that exist within the UK?”

Scots go to the polls in May 2021 for the latest round of Scottish Parliament elections.

Polls suggest the SNP will secure a majority of seats in the devolved parliament.

“She has no right to talk about ‘solidarity’ when her entire philosophy is about division.

“Instead of trying to break up the UK, the Scottish Government should be working within the UK to help lead us through this crisis.”

Earlier this week a shock poll found support for leaving the UK has reached its highest ever level in Scotland. 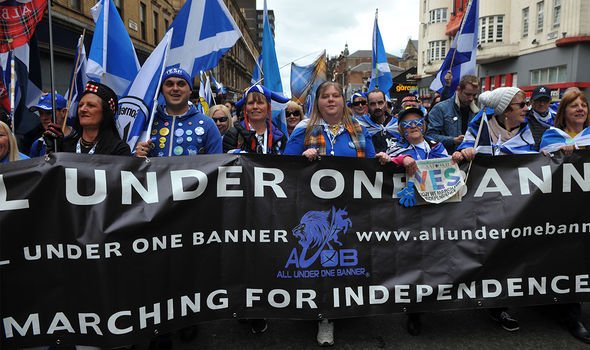