First Minister of Scotland Nicola Sturgeon waited alongside other officials outside the Cathedral to greet King Charles III and Camilla, the Queen Consort upon their arrival. Ms Sturgeon could be seen bowing to His Majesty as they shook hands and exchanged a few words before he continued greeting other representatives for the city of Dunfermline. The visit marked the first time Charles III travelled to Scotland since before the funeral of his late mother, Queen Elizabeth II, in September.

Ms Sturgeon waited in line as the King and Queen Consort were ushered towards the awaiting officials lining up outside of the cathedral.

The First Minister and His Majesty could be seen exchanging a few words in greeting, both smiling as Ms Sturgeon welcomed him to Dunfermline.

Only minutes before, the SNP leader had been greeted herself by booing members of the public.

Dunfermline residents gathered outside the city chambers ahead of the King’s arrival in an attempt to catch a glimpse of the royal couple.

JUST IN: Queen gave Camilla a ‘wonderful’ wedding gift which was eventually returned to Windsor 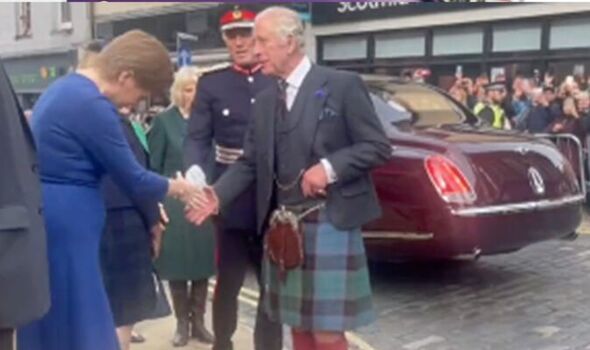 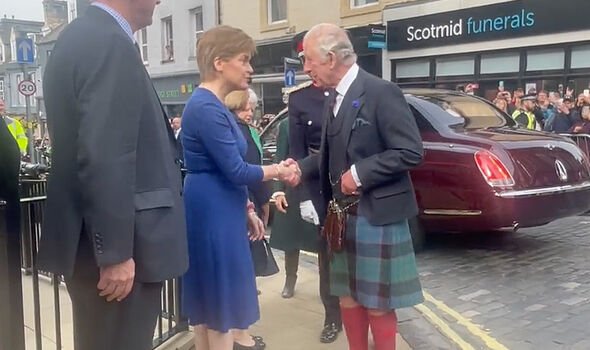 Bill Henderson, 71, said many were excited the town was finally becoming a city.

He said: “It’s a historic event.

“I was born just before the Queen was came to the throne, so she’s been my monarch my whole life. It’s just exciting.

“And especially a King Charles coming back to Dunfermline when King Charles the First was born here, however long ago that was.” 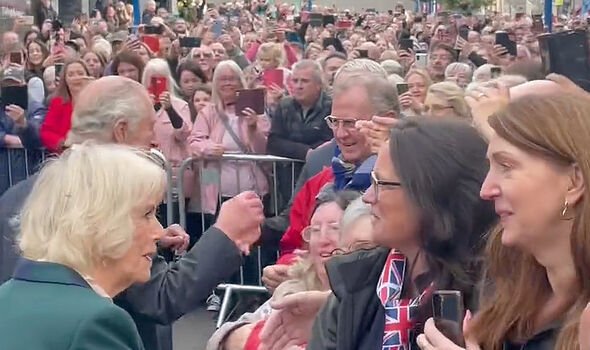 Teacher Carol Williams, 52, said: “it’s such an honour for Dunfermline to be his first visit as the new King.”

The late Queen died peacefully at Balmoral Castle on September 8, with Scotland taking on a prominent role in starting off the funeral proceedings set out to mark her death.

As Queen Elizabeth II laid at rest at St Giles’ Cathedral in Edinburgh, the King and his sibling took up a 15-minute vigil of the coffin as members of the public paid their tributes. 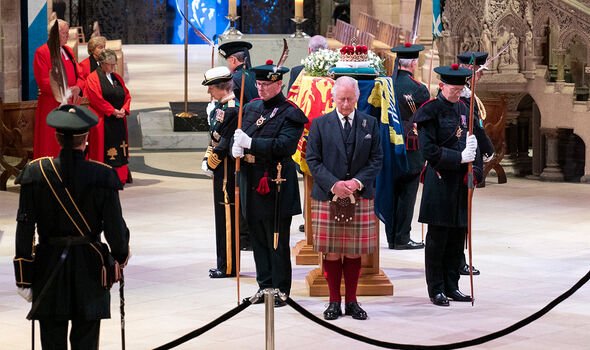 Princess Anne returned to Scotland shortly after the funeral in one of her first public outings after the end of the mourning period to thank all volunteers who had contributed to a smooth running of the commemorations.

And the King and Queen Consort travelled to Dunfermline to mark the conferral of city status.

Dunfermline’s bid for the status was based on its heritage and its historic status as an ancient seat of royal power, but also one of the fastest-growing towns in Europe.

The King and his wife will also host a reception at the Palace of Holyroodhouse in Edinburgh on Monday to celebrate British South Asian communities.