The Department of Health and Social Care said trials which began last month show the app is “highly effective when used alongside traditional contact tracing” to identify contacts of people who have tested positive for coronavirus. It is due to launch across both countries on September 24, the department said. The app, which uses bluetooth to keep an anonymous log of those in close proximity, has been beset by problems and delays.

The first version, an NHSX app, was trialled on the Isle of Wight with a view to it being rolled out more widely across the country in May.

But by June the Government abandoned plans for its own app, instead allowing Apple and Google to take over the project.

The latest version has been trialled once again on the Isle of Wight and also in the London Borough of Newham and among NHS Volunteer Responders.

He said: “We need to use every tool at our disposal to control the spread of the virus including cutting-edge technology.

“The launch of the app later this month across England and Wales is a defining moment and will aid our ability to contain the virus at a critical time.”

He said hospitality businesses can download posters allowing customers to scan QR codes, describing it as “an easy and simple way to collect contact details to support the NHS Test and Trace system”. 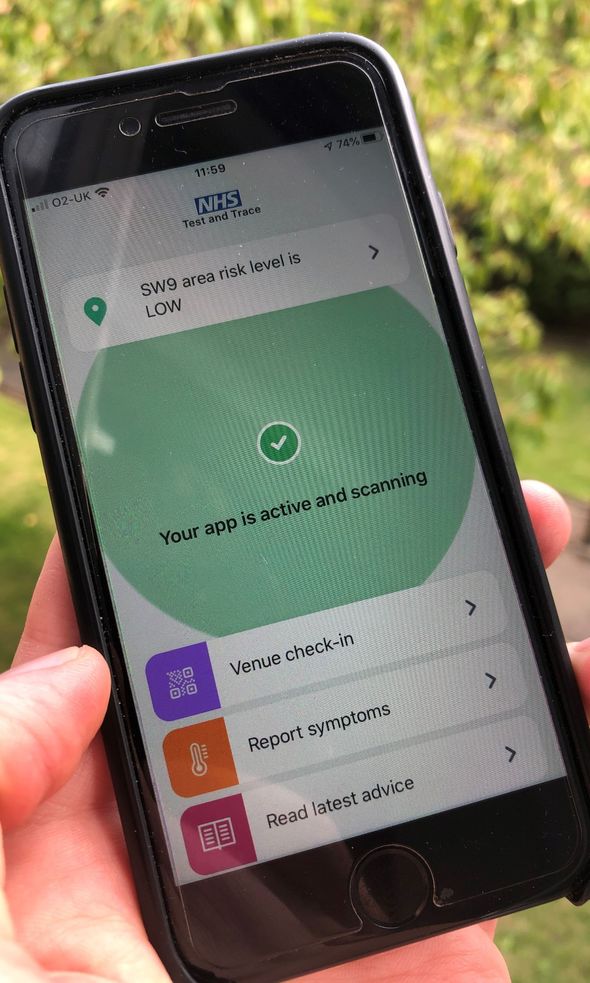 The department said businesses who are already using their own QR system are being encouraged to switch to the NHS Test and Trace QR code.

It added that an alternative check-in method will be required to collect the contact details of those who do not have the app, suggesting a handwritten register.

It comes in the week that Prime Minister Boris Johnson announced venues in England where people meet socially will be legally required to request contact details of every member of a party and retain the information for 21 days, with fines of £1,000 possible for venues which fail to comply.

As well as businesses in the hospitality sector, universities, hospitals, leisure premises, civic centres and libraries are also being urged to display posters in communal areas such as cafes where people are likely to congregate for more than 15 minutes and in close proximity.

Describing the app’s launch as “an important part of coronavirus response”, Wales’ Health Minister Vaughan Gething said it is sensible for England and Wales to use the same app.

He said: “Working on a joint England and Wales basis is the most practical option here, as we know there is a lot of movement across our shared border.

“It makes sense to use the same app, working in exactly the same way, regardless of which country you’re in.

“The Welsh Government has worked closely with the NHS App team to ensure the app is easy-to-use and gives people the right advice and guidance, tailored to the country they reside in. I strongly encourage people in Wales to download and use the app when it launches.”

Mayor of Newham, Rokhsana Fiaz, said feedback from the borough’s residents during the pilot “has highlighted the significance of local approaches and local voices as part of our community-wide fight against the virus”, adding that getting local businesses on board early has also been “crucial”.

Kate Nicholls, from UK Hospitality, urged businesses to download the QR posters to support the roll-out of the app.

She said: “Hospitality’s top priority is to protect the health of our customers and staff but there’s also the added appetite to avoid a return to lockdown and loss of trade.

“It’s crucial that Test and Trace information is gathered and deployed both effectively and securely. 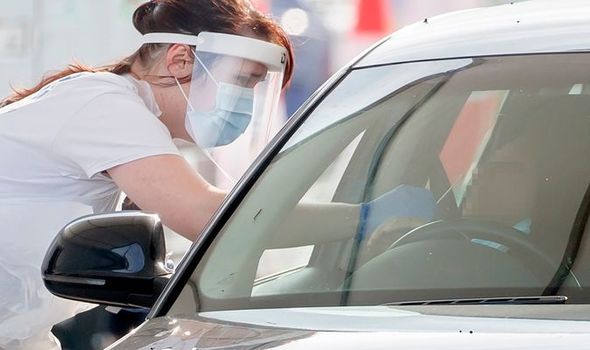 “Hospitality has been at the forefront of Test and Trace, so we were keen to work closely with Government to optimise the app’s functionality and ease of implementation for hospitality businesses.

“It is everyone’s responsibility – and in everyone’s interest – to make Test & Trace work, so we look forward to its national roll-out.”

But she said for it to be “as effective as possible, to help us in the fight against Covid and also help us live a bit more normally, we need as many people across Scotland to download it and use it”.

She said that “one of the crucial things about it is it helps to reduce the time it takes to notify contacts”, saying it could give “almost immediate notification” to people if someone they had been in contact with had tested positive for Covid-19.

Ms Sturgeon said the numbers signing up to use the app had been “excellent” and “probably beyond our initial expectations”.