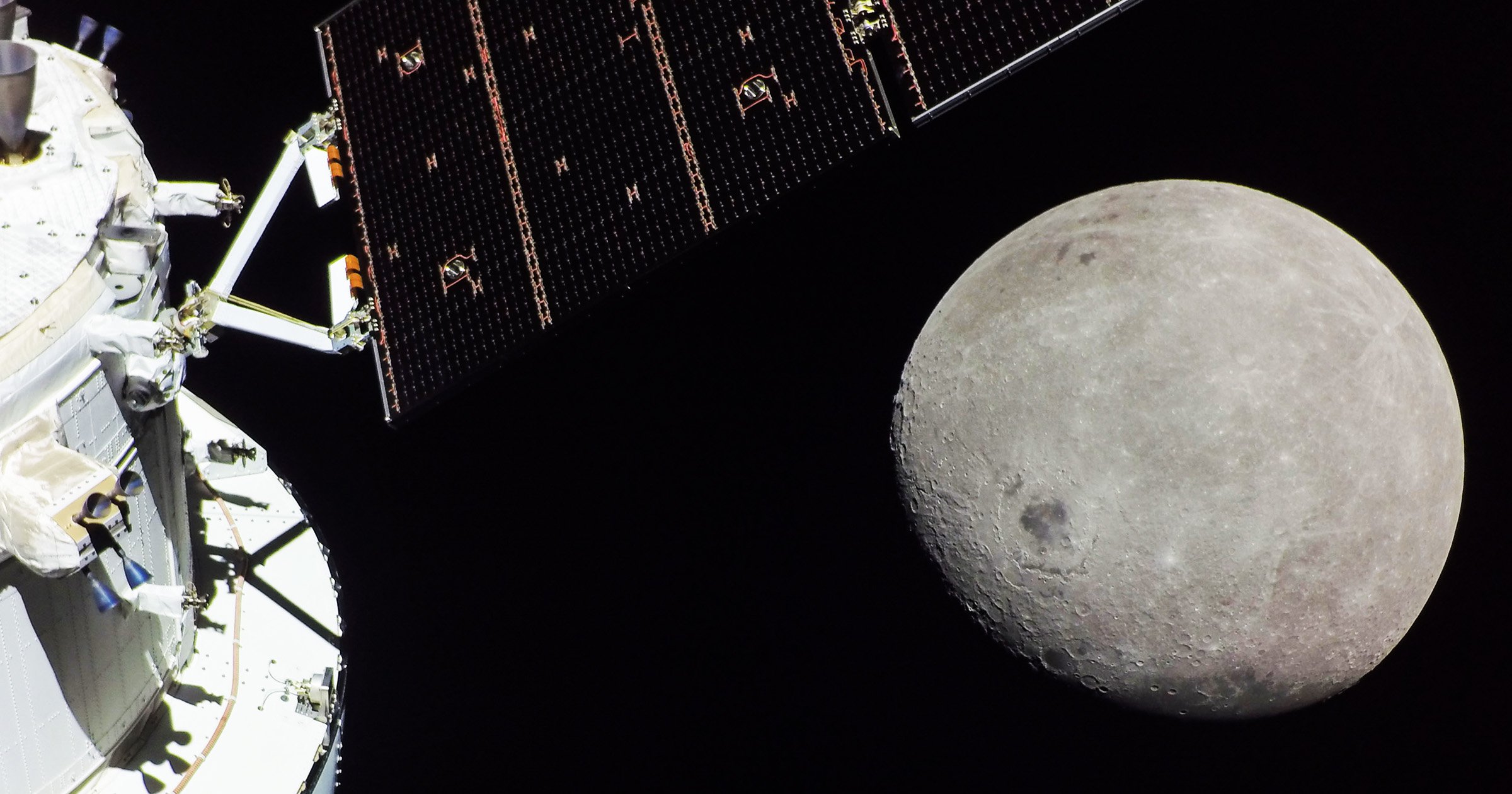 The Orion spacecraft, now on its seventh day into the Artemis 1 mission, around the Moon, beamed back some close-up pictures of the moon.

On Monday, the Orion capsule made its closest approach to the lunar surface on its 25-day space flight.

The pass, 81 miles above the far side of the moon, was followed by a critical engine burn to place the spacecraft on a pathway to a wide lunar orbit 40,000 miles further on, the farthest a human-rated vehicle has ever travelled from the Earth.

Nasa also released close-up images of the moon, taken by Orion on its approach, and an image showing the capsule, moon and Earth in the same frame.

Orion’s mission is expected to pave the way for astronauts to fly to the moon on future missions.

Orion’s engines are a variant of the R-4D engine, originally developed for the Apollo program and employed on every mission to the Moon.

The team in the White Flight Control Room at Nasa’s Johnson Space Center in Houston continued testing the spacecraft’s star trackers to determine their sensitivity to thermal variations as part of planned testing, and engineers used the optical navigation system to gather additional imagery of the Moon.

The star trackers and optical navigation system are part of Orion’s advanced guidance, navigation, and control system, responsible for always knowing where the spacecraft is located in space, which way it’s pointed, and where it’s going.

It even controls the propulsion system to keep the spacecraft on the correct path. The optical navigation can serve later in this mission and in future missions as a backup, ensuring a safe trip home should the spacecraft lose communications.

Nasa will also test an algorithm intended to recover and maintain communications with Earth in case of extended loss of communications or after a temporary power loss that causes Orion to reboot hardware.

Testing this capability will give engineers the confidence that it can be relied upon as the final option to fix a loss of communications when crew are aboard.

On Saturday, Orion will pass the record set by Apollo 13 for the farthest distance travelled by a spacecraft designed for humans at 248,655 miles from Earth, and the spacecraft will reach its maximum distance from Earth of 268,552 miles on Monday.

Nasa’s Artemis spacecraft successfully arrived at the moon after finally blasting off from Earth this month.

The long-delayed Space Launch System blasted off on 19 November carrying the Orion lunar spacecraft on board, manned by three test dummies.

The capsule will spend close to a week in lunar orbit, before heading home and splashing into the Pacific Ocean on 11 December.