Mystery of ancient language solved after 3,700-year-old sentence is decoded 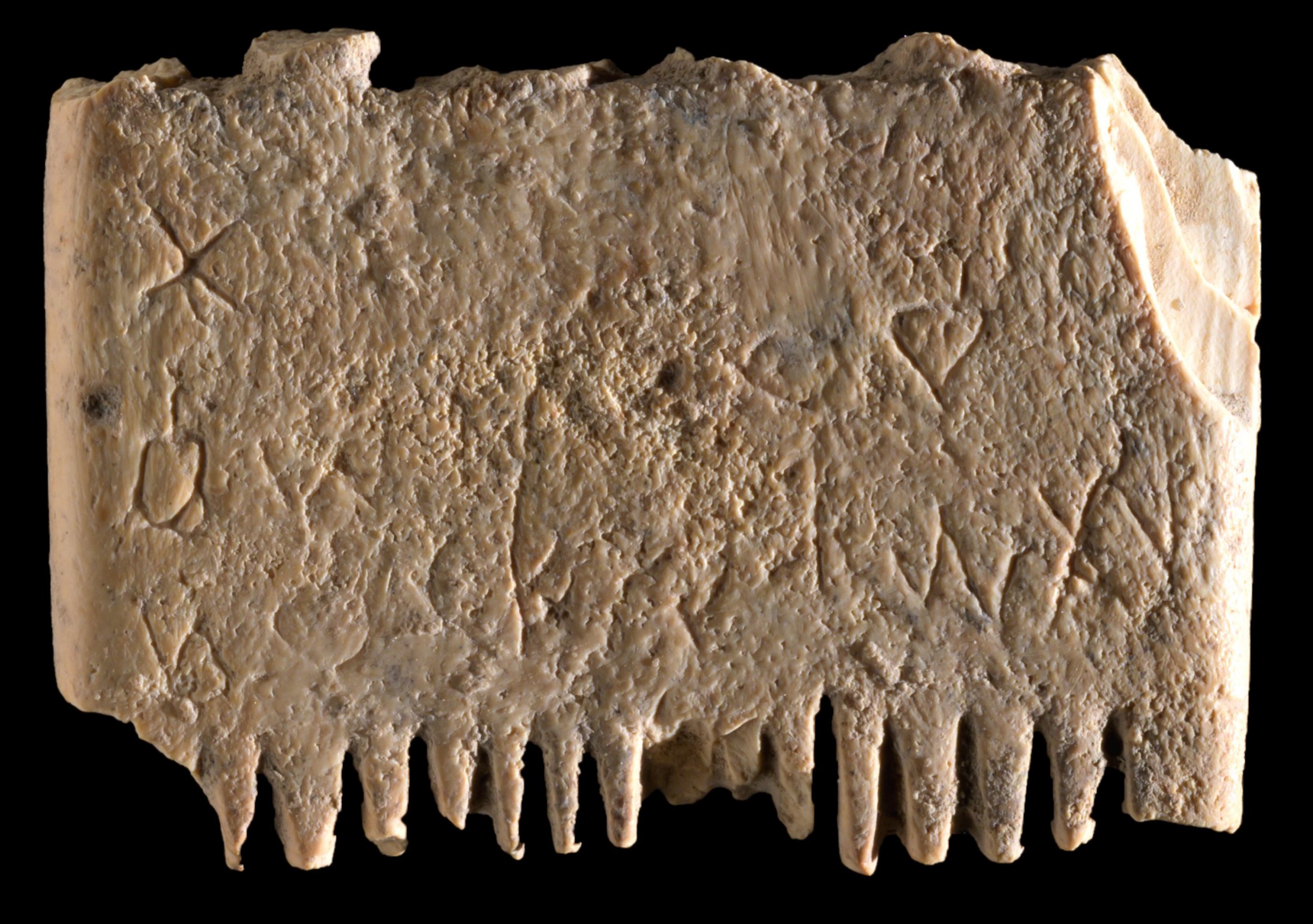 The first ever sentence in Canaanite from 3,700 years ago, a plea to remove hair lice, has been discovered etched on an ivory comb.

Researchers described it as a ‘landmark in the history of the human ability to write’.

Written in the Bronze Age, the comb dates to around 1700 BC and says: ‘May this tusk root out the lice of the hair and the beard.’

At 17 letters and seven words, it is the most complete and earliest known example of an archaic alphabet invented only a hundred years earlier.

It was excavated in 2017 at Tel Lachish by a team from the Hebrew University of Jerusalem (HU) and Southern Adventist University in the United States.

But because the inscription was written in a very shallow manner, it wasn’t noticed until 2022 during post-processing.

Professor Yosef Garfinkel of HU said: ‘This is the first sentence ever found in the Canaanite language in Israel.

‘There are Canaanites in Ugarit in Syria, but they write in a different script, not the alphabet that is used today.

‘The Canaanite cities are mentioned in Egyptian documents, the Amarna letters that were written in Akkadian, and in the Hebrew Bible.

‘The comb inscription is direct evidence for the use of the alphabet in daily activities some 3700 years ago. This is a landmark in the history of the human ability to write.’

Publishing their findings in the Jerusalem Journal of Archaeology, the team describe the comb as small, measuring 3.5 by 2.5 cm.

It has teeth on both sides and although the bases are still visible, the comb teeth themselves were broken in antiquity.

The central part of the comb is eroded, possibly from the pressure of fingers holding the comb during haircare or removal of lice from the hair or beard.

Analysis of the ivory showed it had come from an elephant, which at that time was a very expensive material and likely an imported luxury object.

Because there were no elephants in Canaan in that period, it likely came from nearby Egypt, indicating that even people of high social status suffered from the hair-based pests normally associated with poverty.

The research team also analysed the comb itself for the presence of lice under a microscope and took photos of both sides.

Because of the climatic conditions of Lachish, whole head lice were not preserved, only the out membrane of those in nymph stage.

Despite its small size, the inscription on the comb provides, for the first time, an entire verbal sentence written in the dialect spoken by the Canaanites of Lachish which scientists can now compare this with other sources of the language.

It also offers a rare insight into how ordinary people dealt with unwanted parasites.

Furthermore, it is the first discovery in the region of an inscription that refers to the purpose of the object it was written on, rather than a dedication or instruction of ownership.

The engraver’s skill in writing such tiny letters (1-3 mm wide), is also a fact that will have to be taken into account for anyone trying to summarise or draw conclusions on Bronze Age Canaanite literacy.

Lachish was a major Canaanite city state in the second millennium BC and the second most important city in the Biblical Kingdom of Judah.

To date, 10 Canaanite inscriptions have been found in Lachish, more than at any other site in Israel.

The city was the major centre for the use and preservation of the alphabet during some 600 years, from 1800-1150 BC. The site of Tel Lachish is under the protection of the Israel Nature and Parks Authority.