My urgent cancer appointment was cancelled because of the Queen's funeral 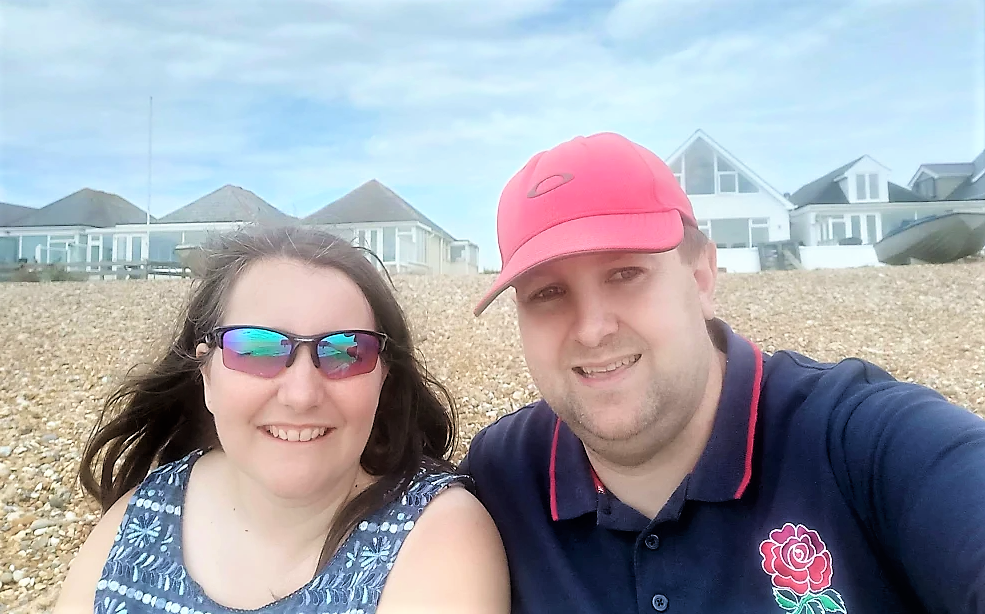 It’s probably an understatement to say I haven’t had the best luck in the last few years.

In June 2014, I came flying off my motorbike onto a roundabout near my home, because I’d unexpectedly had my very first seizure.

I was then referred for a brain scan a few weeks later, and told I had a ‘mass’ on my brain the size of a plum.

Then 11 months later, I finally had an operation to remove as much of the growth as possible. When the specialists received my histology results, I was diagnosed with an Anaplastic Astrocytoma (a Grade 3 brain tumour).

They gave me two to three years to live. My son had just turned one and I was engaged to his mother.

This was upsetting, of course, but I didn’t want to just wallow in self-pity. I felt like I had to get on and do everything I could to stay well, help raise our son, and enjoy however much time I had left with my family.

The good news is, I’ve outlived that original, devastating, prognosis but I continue to need extensive follow-up healthcare.

Unfortunately, a crucial appointment has been cancelled on Monday because it’s the same day as the Queen’s funeral. And I’m devastated – this could not be what the Queen would’ve wanted.

After my initial diagnosis, I married Amber and our son Reuben is now eight years old – an age I feel blessed to see him reach, not just because of my prognosis, but also as he’s living with a whole other chronic and terminal illness himself.

He has Duchenne Muscular Dystrophy, which is a life-limiting muscle-wasting condition, and the average age of death for those with the condition is 25. It’s unlikely he’ll be able to walk by the time he reaches teen age.

We’d been wondering for a while why he wasn’t developing as quickly as the other kids his age, at his school. So when his diagnosis came, after he’d had many tests, it was confirming our fears rather than a massive bolt from the blue – like my diagnosis had been.

On top of that difficult news, I’ve discovered that my tumour has now very much upgraded itself to a Grade 4 – the worst and most cancerous it can possibly be – and it’s still definitely going to finish me off someday.

I had a second craniotomy – which is a major type of brain surgery performed by a neurosurgeon involving the skin and muscle on one’s head being cut through, the skull opened and brain delved into to remove abnormal cells – on the day of my wedding anniversary, and am currently going through my fourth round of chemo in seven years.

I’m having regular hour-long MRI scans to keep an eye on things. It’s incredibly draining getting them done and I suffer with huge anxiety while waiting for the results.

I had my latest MRI over a week ago, and was due to speak with my consultant less than two weeks later to discuss the scan and see how the chemo is affecting my tumour, and ultimately how much time and/or luck I have left.

At this point, I know deep down that the chemo is merely a way of extending my stay on this planet, and won’t necessarily save me in the long term. Still, it’s no less nerve-wracking when I’m waiting on results now than it was before I was given that damning sentence all those years ago.

However, I received a phone call from NHS admin staff to let me know that my appointment on Monday 19 September ‘had’ to be pushed back eight days due to the Queen’s funeral, as the cancer centre I report to will be closed ‘so people can pay their respects’.

I’m sure you can imagine how upsetting it was when I was told my latest results wouldn’t be given to me on time.

Now, I don’t necessarily dislike Her Royal Highness and, until now, have only had good things to say about the royal family. Her death is a big loss for us Brits and has impacted people across the entire world. It is, truly, the end of an era.

But I can’t lie – this made me very frustrated, angry, and even more concerned for my health. I’m struggling to weigh up the impact of her loss against my own personal circumstances.

This is because time is of the essence in my case; I am at a crucial point in my treatment and only had my latest craniotomy a few months ago.

Also, part of me wonders why they took the time and trouble to call to inform me of the cancellation, but they didn’t think to give me my results then and there over the phone? Unfortunately, this only occurred to me after ending the call, and it was too late to ask.

I know I’m not the only one – there must be thousands of patients who have been let down for the same reason. Not just those of us with cancer, but other chronic conditions, too.

I’m part of a group online and I’ve received a huge amount of empathy and support after sharing this news.

I don’t think any less of the NHS staff, obviously they’ve saved my life a good few times now, but I really can’t see why a cancer centre caring for thousands of patients like me would adhere to this nationwide standstill in honour of Her Majesty. Surely, she wouldn’t have wanted this either?

I am confident that it’s not selfish, disrespectful or unpatriotic to be concerned about my life and struggles in this time of worldwide mourning.

The Queen’s death is a tragedy, but it will be made even worse if it goes on to cause more tragedies and losses throughout the country.

She did, after all, put duty before anything else, and we should follow that example.

Graham Wood, 38, from East Sussex, is father to Reuben and husband to Amber. He’s raising money to help his chronically ill son, which you can donate to on JustGiving.

As told to Grace Latter; a writer, influencer, speaker and model.