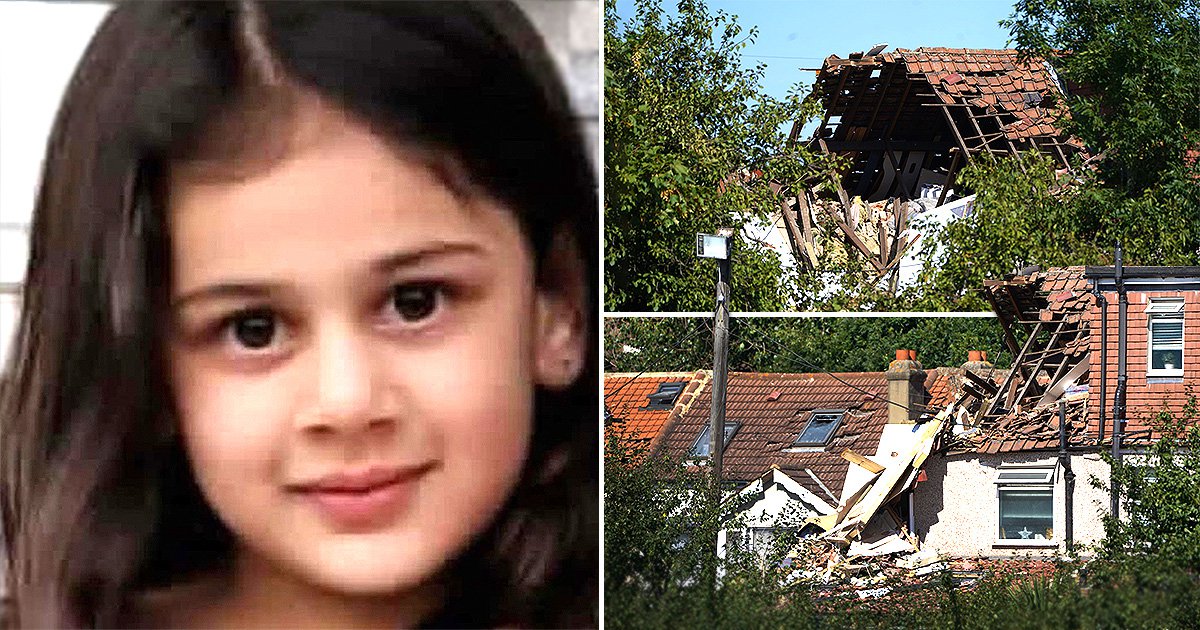 The devastated mother of a four-year-old girl who died in a gas explosion has spoken out for the first time.

Sahara Salman was killed shortly after 7am on Monday when a blast ripped through her family’s terraced home in Thornton Heath, south London.

Her family raised concerns over a potential leak some nine days earlier, and are now demanding answers from Southern Gas Networks (SGN).

Three others were injured in the blast, which damaged six to eight houses. Around 80 homes were evacuated after the cordon was extended on Tuesday over safety fears.

Now the community are demanding answers over Sahara’s ‘unnecessary’ death and are angry at what they see as a lack of response from SGN.

Describing how her ‘world has been torn apart’ after losing her daughter, Sana Ahmad, 28, paid tribute to her ‘incredible little girl’.

She told the Evening Standard: ‘The world is so cruel. We have lost our daughter who is our pride and our joy.

‘This world didn’t deserve somebody who was so special. It’s our loss. She was the most amazing thing to ever walk this planet.’

Sana told how SGN sent someone to look at the leak the following day but was told there were no major issues.

Neighbours said they could smell gas for weeks, and some said they had experienced nosebleeds and dizziness.

Sana said the visitor ‘wasn’t totally sure’ and said he would send someone more senior to take look – but he never showed up.

‘They did tell us there were loads of little gas leaks – they said that pipes had been leaking but that they were minor leaks,’ Sana added.

She revealed that Sahara died one month before her fifth birthday and was starting school in September.

The heartbroken mum suggested all of this could have been prevented if ‘people weren’t being lazy and did their job properly’.

Merton Council confirmed this morning that the 200-metre cordon would remain in place on the advice of the Health and Safety Executive (HSE);

It did not provide any further detail about when it may be removed. In a statement, the council said: ‘Southern Gas Networks also remain on site, and residents are reminded to stay away from the cordon area.’

Reverend Deji Ayorinde, who is helping co-ordinate the community efforts after the blast, told of the anger of the community following Sahara’s death.

‘As a child she represented life and hope and security and a future, a good future – it’s incumbent upon us who are living, to carry that on.

‘To ensure what she stands for, even if it be that she stands for a change, whereby those in positions of influence, authority and responsibility can actually take ownership and particularly listen to the voice of the individuals.

‘You people in authority, people in responsibility, when will you actually just be responsible and listen to the voices of the individuals?’

Nick and Maria Hillman live about 40 houses down from the destroyed property and said there was a ‘strong smell of gas’ on the street when they were evacuated yesterday.

They were given less than 10 minutes to leave and had concerns that a spark of electricity would cause a second explosion.

The couple said that anger towards SGN continued to rise at a meeting of evacuated residents yesterday evening.

Some residents were also frustrated by the response from their insurance companies, some of whom Nick said were ‘disowning’ those who had been forced to evacuate.

This was because the explosion did not yet have any physical damage to their properties from the blast.

But people forced to stay either with friends of at an evacuation centre are unable to access important items from their homes, including work tools, and have been losing income as a result.

The council has provided assistance to more than 200 residents, including help with food and accommodation.

Local residents and businesses are bringing donations of clothes and toiletries to those who are displaced.

Championship towels from the Wimbledon tennis tournament are also being donated by the All England Club’s Wimbledon Foundation.