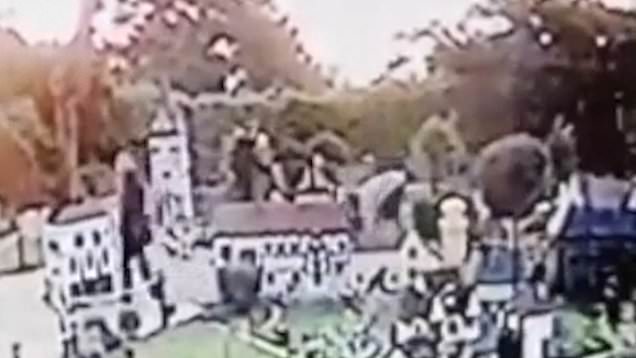 The families of some teenagers who were caught destroying a miniature village have displayed model parenting by forcing their children to return and make up for the damage by working.

The boys – aged around 13 or 14 years old – were seen on CCTV wrecking the Southsea Model Village in Hampshire last weekend.

But after their parents instantly recognised their images circulating on social media, they marched them down to the popular attraction to apologise to its owner and do some voluntary work.

Owner Mark Wilson, 47, said: ‘We had three of the young lads came down to do some voluntary work and the police have spoken to them.

‘Their mums brought them down during the week.

‘They were so embarrassed about what had happened. They said they opened Facebook and saw their sons’ pictures plastered all over it from the break-in.

‘They were mortified that they had to bring their sons down.’ 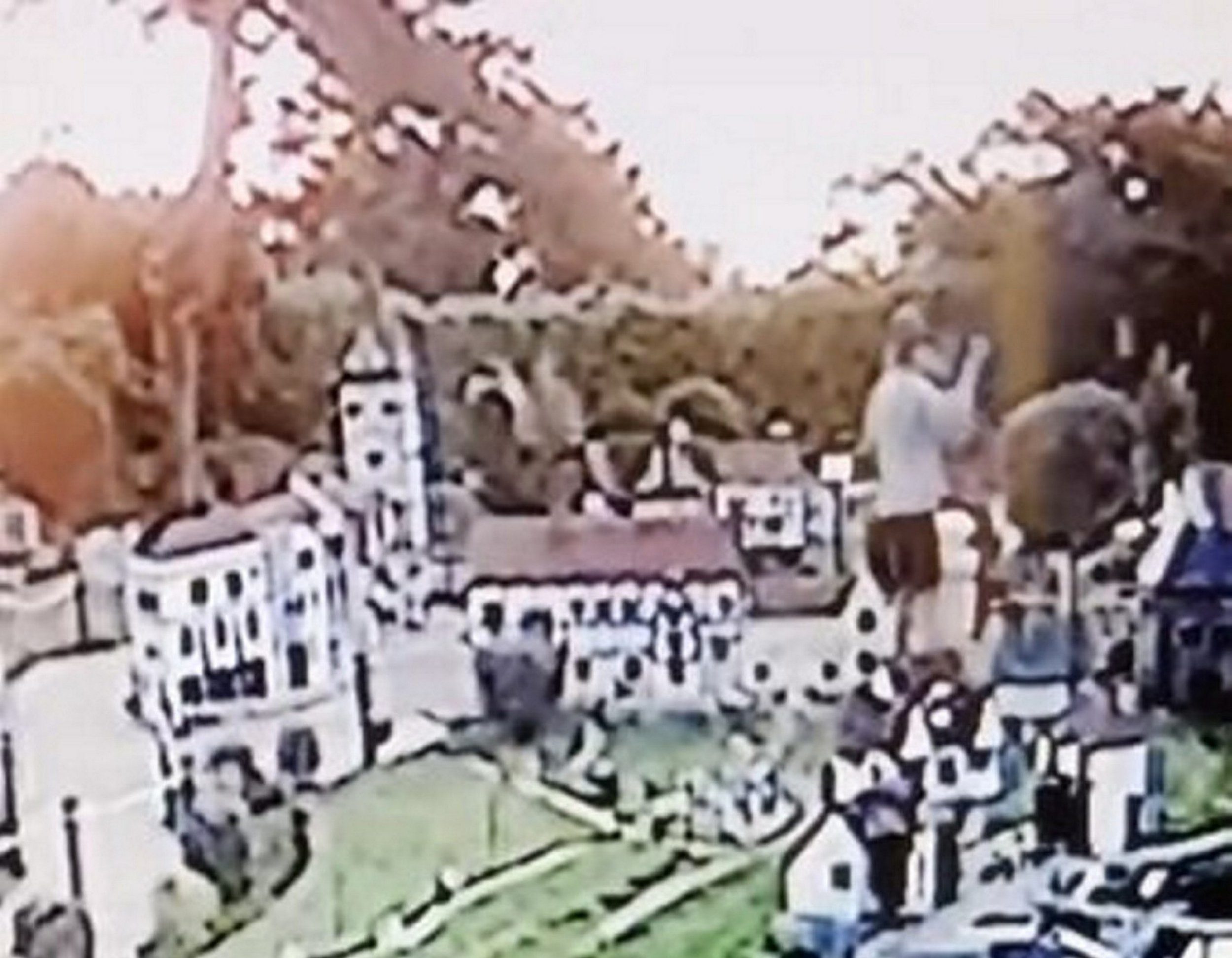 They started working on Sunday and told owners they trespassed out of ‘boredom’.

Mr Wilson, who has run the attraction for more than five years, said: ‘They have been sweeping up the paths and carrying out some basic labouring tasks.

‘The police also attended the village to speak to the teenagers.’

The trio’s destruction came just days after another instance of vandalism at the same miniature village.

Three boys and a girl were seen throwing around figurines, smashing tiny windows and ripping up train tracks in a more extreme wrecking spree.

Mr Wilson said this has cost the business more than £500 in broken figurines and £1,200 in ruined model railway tracks.

Several people have now come forward with information about this group and he added: ‘They’re the ones we really want to get.’

But the community has rushed to help the venue, and an effort on GoFundMe has raised more than £8,500 for the model village in less than a week.

Now around 10 new CCTV cameras, which record in 4K quality and have automatic motion tracking, have been installed to help catch and prevent further crime at the attraction.

The model village was built on Southsea seafront in 1956, and has only been open to the public for three weeks in 2021 due to coronavirus restrictions.

Hampshire Constabulary said both instances of damage are being investigated, and that extra patrols are taking place around the area.