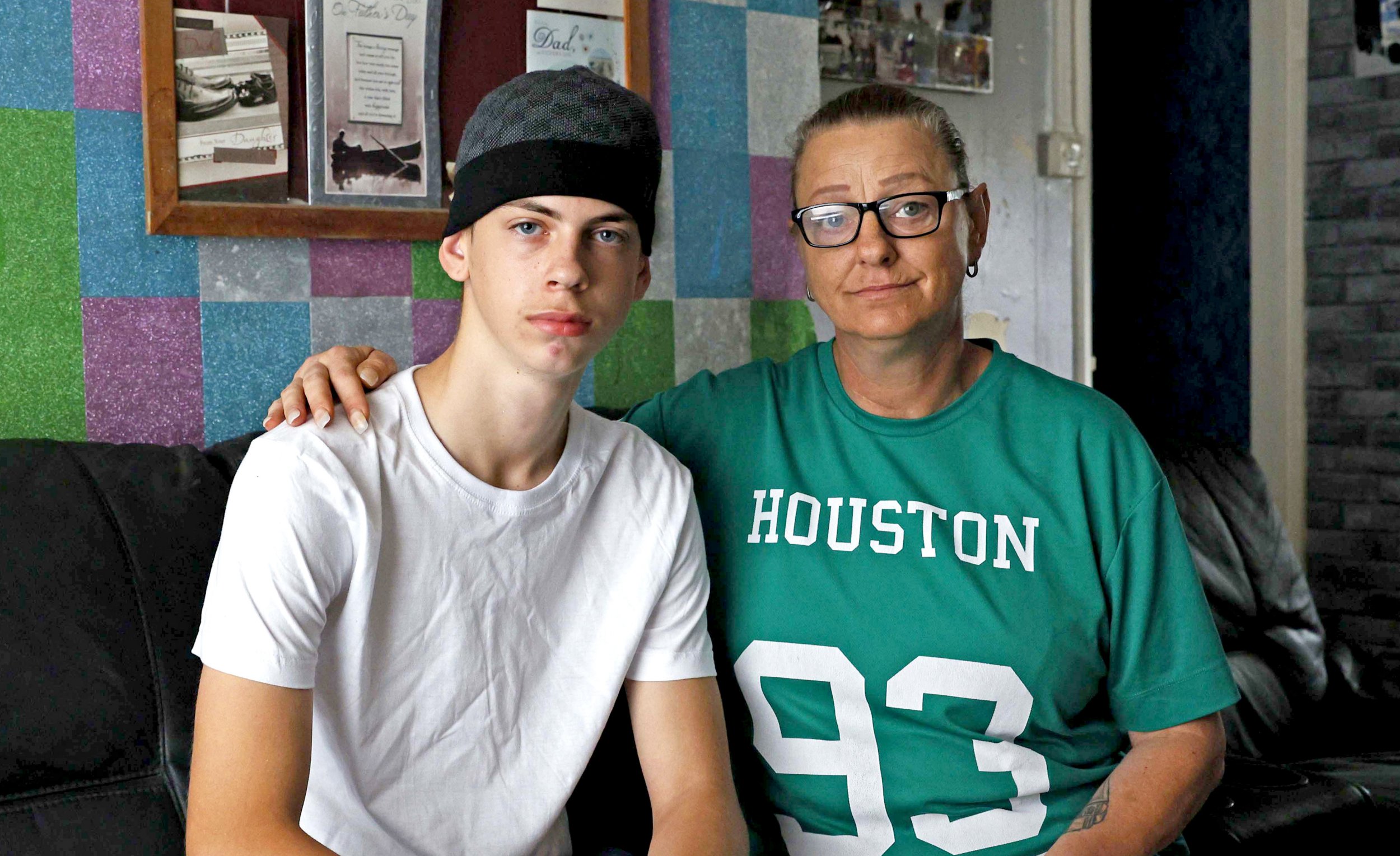 A mum waited 90 minutes for an ambulance to arrive after having a stroke while her terrified teenage son cried down the phone for help.

Karen Bourne, 53, from Dagenham, east London, was at home when she collapsed in front of her teenage son Ollie, and was unable to speak or raise her arms.

Ollie, 16, called 999 and claims he was told paramedics would be 35 minutes but they did not arrive for more than an hour.

Desperate as to what to do, the teenager called his sister, Stevi Angove who was working in Milton Keynes at the time.

The 34-year-old said she answered the call to an ‘inconsolable’ Ollie.

‘He said “I can’t move her, she’s not responding, she can’t lift her arm or anything”,’ Stevi said.

The prison officer called 999 again and was told ‘if it worsens call us back’ and they were ‘doing the best we can’.

‘I kept thinking I was going to lose my mum, the ambulance was not coming,’ he told MyLondon.

‘At first they told me it would be 35 minutes. Even then I thought that’s too long, then it was one and a half hours.’

Ollie said he was ‘very angry’ and ‘stressed out’, and went through ‘a lot of emotions’ while waiting with his mum.

‘We got her in a comfortable position,’ he said.

‘She was deteriorating over time. I could see her getting worse and worse and not getting her words out.’

The teenager said when paramedics eventually arrived they were ‘really good’ and took Karen straight to hospital but said the wait and stress it caused was unacceptable.

‘I understand there might be other things going on but when there is something of this calibre and you can lose a life – this is not acceptable,’ he said.

After hearing from Ollie, Stevi rushed to Romford’s Queen’s Hospital arrivng two later to find her mum had only been there around 20 minutes after delays in her handover.

She said throughout the experience she ‘genuinely thought my mum’s going to die’.

‘I am fully aware of all the stresses the emergency services experience but for ambulance services that is life and death,’ she said.

‘I am under no illusions it is not their fault but it could be dealt with a bit better. She thought she was a goner.’

Stevi said time was of the essence when someone suffered a stroke.

‘The acronym FAST should be adhered to by everyone,’ she added.

‘The paramedics who came and got my mum were absolutely amazing people – like angels – but there’s just not enough of them.’

A spokesperson for London Ambulance Service confirmed a crew reached Ms Bourne one hour and thirty minutes after it first received a 999 call.

‘We understand that this must have been a very distressing experience for Ms Bourne and her family, and we apologise for the delay.

‘This is 800 more calls than the pre-pandemic high of 5,500 calls, with the increased demand meaning it took longer to get to our patients than we would want.

‘We continue to be very busy and have put in place a range of measures so that we can reach our patients as quickly as possible.’

‘We’re now at a crisis situation where every ambulance service is on the highest level of alert.

‘This has been caused by an unacceptable failure to properly resource our NHS and this is causing death and severe disability.