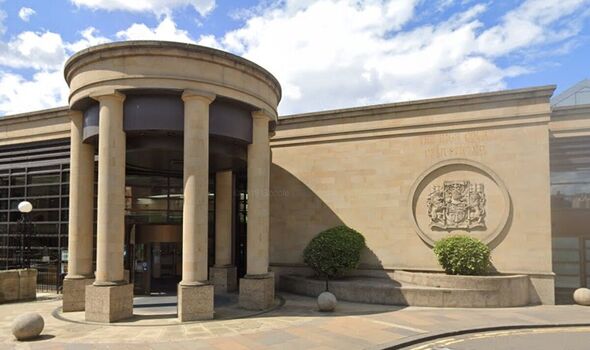 A woman claims she was raped by a man who now identifies as a trangender woman, the High Court in Glasgow has heard. The woman claims she was attacked by Adam Graham, now Isla Bryson, in Clydebank, West Dunbartonshire, Scotland in September 2016. The court heard that Adam Graham was the ‘dead name’ of Bryson who is in the process of starting gender reassignment. Bryson, of Clydebank, denies seperate charges of rape against two women.

Giving evidence the 30-year-old woman, who cannot be named for legal reasons, told the court the then Mr Graham was so “muscular” and “strong” she couldn’t push him off.

She said: “I tried. I said ‘no’ multiple times. Just no, there was nothing else I could do. I was scared and did not know what else to do.”

The witness explained how the two met on a dating website and began chatting “daily and nightly” before meeting in person.

She told the court that Bryson claimed he was being phsically abused by his wife at the time.

She said he came across as a “loving, caring person, but it “slowly changed”.

Recalling the night of the alleged attack she said she thought the defendant was “coming in for a cuddle” adding that it “felt weird and wrong”.

The witness said that she told Adam “no” multiple times and to stop but he did not. She added: “I tried to push him off and tell him no.”

She continued: “He kept on continuing on with what he was doing. He was having sex with me without my permission.”

She stated that Adam only stopped after a light turned on the hallway.

Court proceedings were then forced to a haul after Bryson began “feeling unwell”, Edward Targowski, defending told the court.

Judge Lord Scott told jurors: “It is unfortunate, but these things happen – anyone can take unwell.

“It is important that the accused can concentrate on the evidence and not be distracted or affected by not feeling well – I will grant the adjournment.”