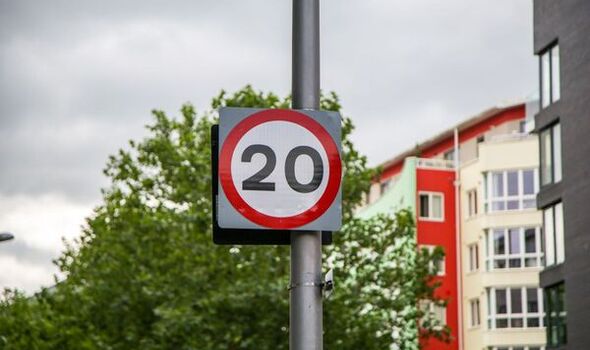 The number of Notice of Intended Prosecutions issued by Avon and Somerset Police for speeding in such zones last year stood at 23,338 while South Wales Police handed out 8,372 and Cleveland Police issued 1,644.

Yet no notices were issued by the Cumbria, Humberside, Lincolnshire and Thames Valley forces, showed data obtained under freedom of information by activists Action Vision Zero.

Steve McNamara, from the Licensed Taxi Drivers’ Association, said there has been an eight-fold rise in Nips issued to his members in the past six months compared to the previous six months, with 80 percent for breaching the 20mph speed limit.

The Metropolitan Police wants to eliminate death and serious injury from London’s roads by 2041 under its Vision Zero strategy. Lilli Matson, from Transport for London, said there was a target to catch one million speeding motorists by 2024-2025.

Meanwhile, 20mph will become the default speed limit on a third of the roads in Wales from next September – with that also being brought in for built-up areas in Cornwall.

Edinburgh University research found road deaths fell by almost a quarter and serious injuries by a third when the city’s speed limit was slashed to 20mph.

But the 20mph limit is a source of frustration for some motorists – with the RAC finding that 49 percent of those who admitted breaking a 20mph limit justified it by saying the speed was not appropriate for the road.