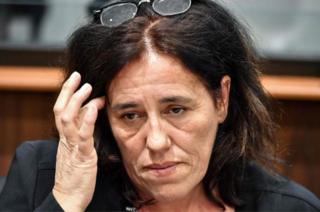 A Frenchwoman who kept her baby in a maggot-filled car boot has been sentenced to five years in prison, three of them suspended.

Rosa-Maria Da Cruz hid her daughter, Séréna, in the Peugeot 307 and a secret room in her house for two years.

She is said to have hidden the pregnancy and birth from her partner and her three older children.

Now aged 7, Séréna has a disability and autistic traits which experts say were caused by sensory deprivation.

The little girl, who does not speak or socialise, has been placed in foster care.

Da Cruz, 50, was charged with repeated violence against a minor causing permanent disability.

Baby Séréna was discovered in 2013 by a garage mechanic, who heard noises when the car was brought in for repairs. He opened the boot to find the child surrounded by excrement.

The president of the Assize Court in Tulle, central France, said Da Cruz’s sentence would enable her to educate her three other children, whom a paediatrician said had been “perfectly raised”.

France Info reports that he told the mother: “The court wanted to take into account your background, and this decision may disappoint many parties.”

The Assize Court also ordered that she be permanently stripped of parental authority over Séréna.

Da Cruz is not expected to appeal the verdict.