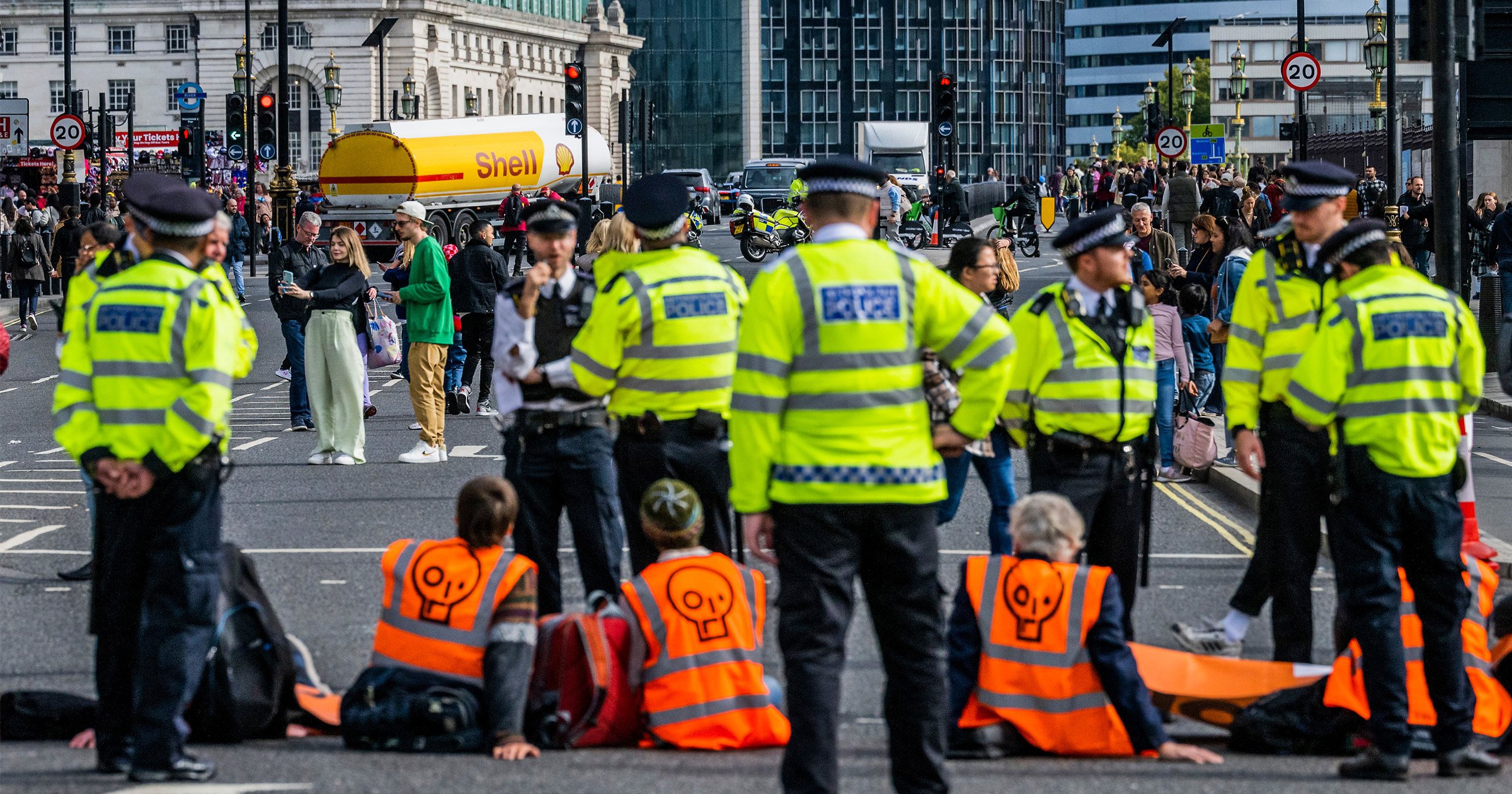 Dozens of environmental protesters have been arrested during an attempt to ‘occupy’ Westminster.

Protests which have brought roads to a standstill continued for a fourth day in the centre of London.

The demonstrations are being led by the group Just Stop Oil in opposition to new drilling in the North Sea.

A Metropolitan Police spokesperson confirmed 54 protesters were being held at various police stations on suspicion of obstructing a highway.

Protesters chanting ‘no more oil’ descended on Downing Street before marching in the road towards Parliament Square.

Some demonstrators glued themselves to the road in an attempt to block it, a tactic which has become increasingly common among eco-groups.

The demonstration was held in response to plans by the North Sea Transition Authority (NSTA), the body that represents the UK’s offshore energy sector, which is hoping to launch a further round of oil and gas licensing in October.

Business and energy secretary Jacob Rees-Mogg has approved the plans, saying ‘in light of Putin’s illegal invasion of Ukraine and weaponisation of energy, strengthening our energy security is an absolute priority’.

Alan Woods, a business owner and Just Stop Oil supporter, said ‘I won’t have business left unless we pressure our government to stop all new oil and gas, invest in renewables and roll out insulation’.

The 58-year-old continued: ‘The solution to the energy crisis and the climate crisis are the same – we’re at a crossroads. The government must make the right choice.

‘As a business owner of over 40 years I’ve seen a lot of challenges, but the climate and energy crisis is the most important issue of our time – that’s why I have to be here when I should be back in Wigan running my business.’

Just Stop Oil has vowed to continue its campaign until the government meets its demands, which is for no more new oil and gas projects to be approved in the UK.

A Met spokesperson said: ‘Officers arrested 54 protestors on suspicion of wilful obstruction of the highway.

‘They have been taken into custody at various London police stations where they remain.

The force previously stated 31 people were arrested in central London on Sunday.