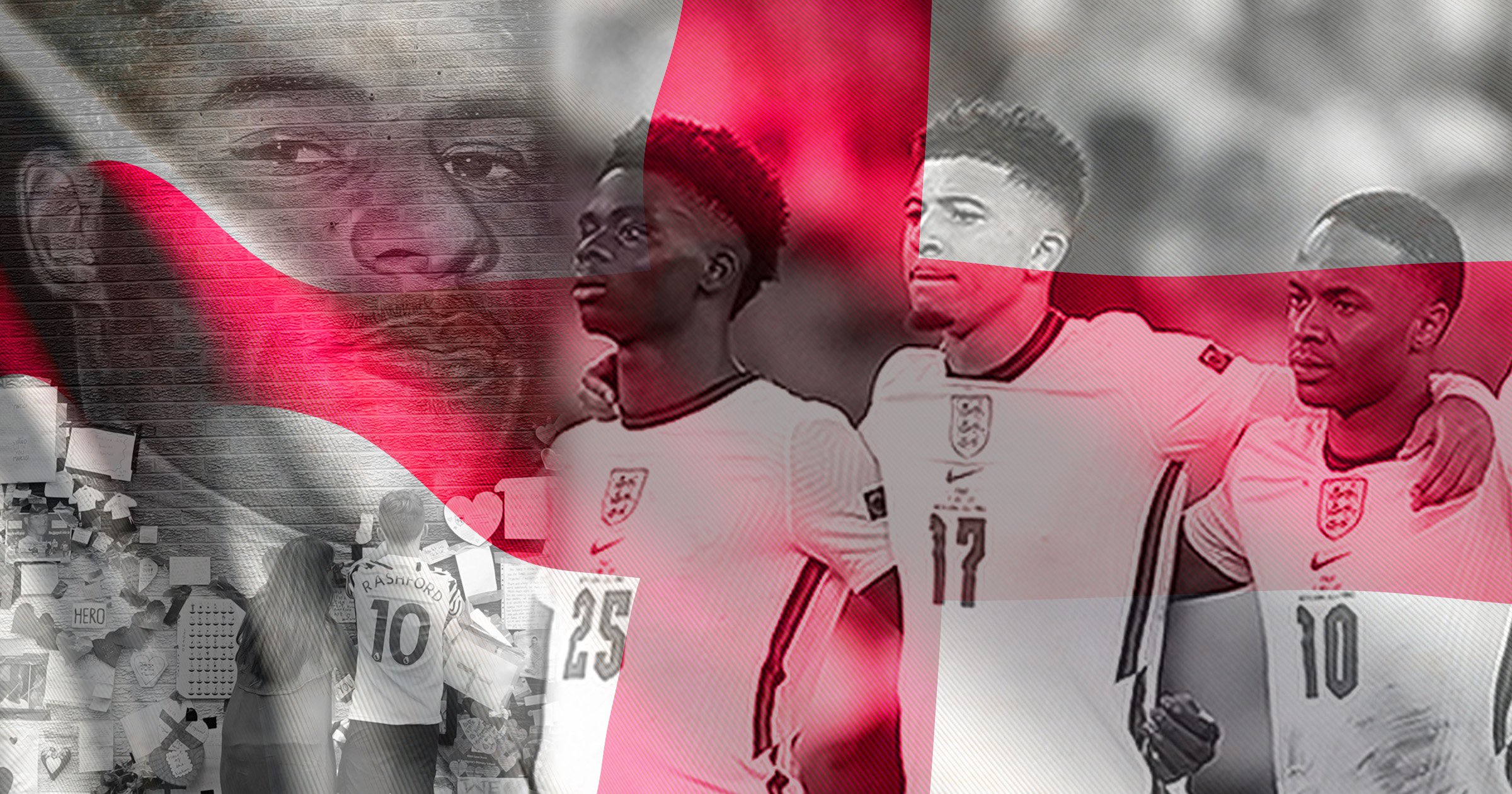 A petition calling for people who racially abuse footballers to be banned from matches in England for life has now been signed by more than one million people.

Marcus Rashford, Bukayo Saka and Jadon Sancho were all sent vile slurs and monkey emojis on social media immediately after the match.

Now, more than one million people are calling on the Government and the game’s governing body to introduce lifetime bans for anyone who targets a player offline or online.

Under the law, the maximum football banning order is just ten years – and this can only be issued for a maximum of five unless the offence it relates to carries an immediate custodial sentence.

Clubs can choose to issue lifetime bans by adding fans to box office blacklists and denying them access to grounds – but this is not enforced by the courts or police.

The petition reads: ‘Gareth Southgate’s England team plays for ALL of us.

‘Their vision is an inclusive vision and this matters more than EVER – it’s why we feel proud of this team and why they’re so cherished and loved by many of us.

‘There should be no room for racists and bigotry in football or society.’

Aston Villa and England defender Tyrone Mings has called out Home Secretary Priti Patel, who previously described the team’s decision to take the knee before matches as ‘gesture politics’.

He retweeted her condemnation of the racist abuse, saying: ‘You don’t get to stoke the fire at the beginning of the tournament by labelling our anti-racism messages as “Gesture Politics” and then pretend to be disgusted when the very thing we’re campaigning against happens.’

Boris Johnson told racists to ‘crawl back under their rock’ – but the petition will put pressure on him and the rest of the Government to introduce measures to tackle the issue head-on.

The Football Association has directly called on social media companies to protect footballers from trolls.

Speaking in the Commons this week, Ms Patel said social media firms ‘can no longer ignore some of the appalling, vile, racist, violent and hateful content that appears on their platforms’.

She said ministers would introduce legislative measures ‘if they do not stamp this out’.

A mural of Marcus Rashford close to where he grew up in south Manchester was defaced following the Euros defeat.

Hundreds of people travelled to the wall to cover the abuse with messages of love and support before it was repaired this morning.