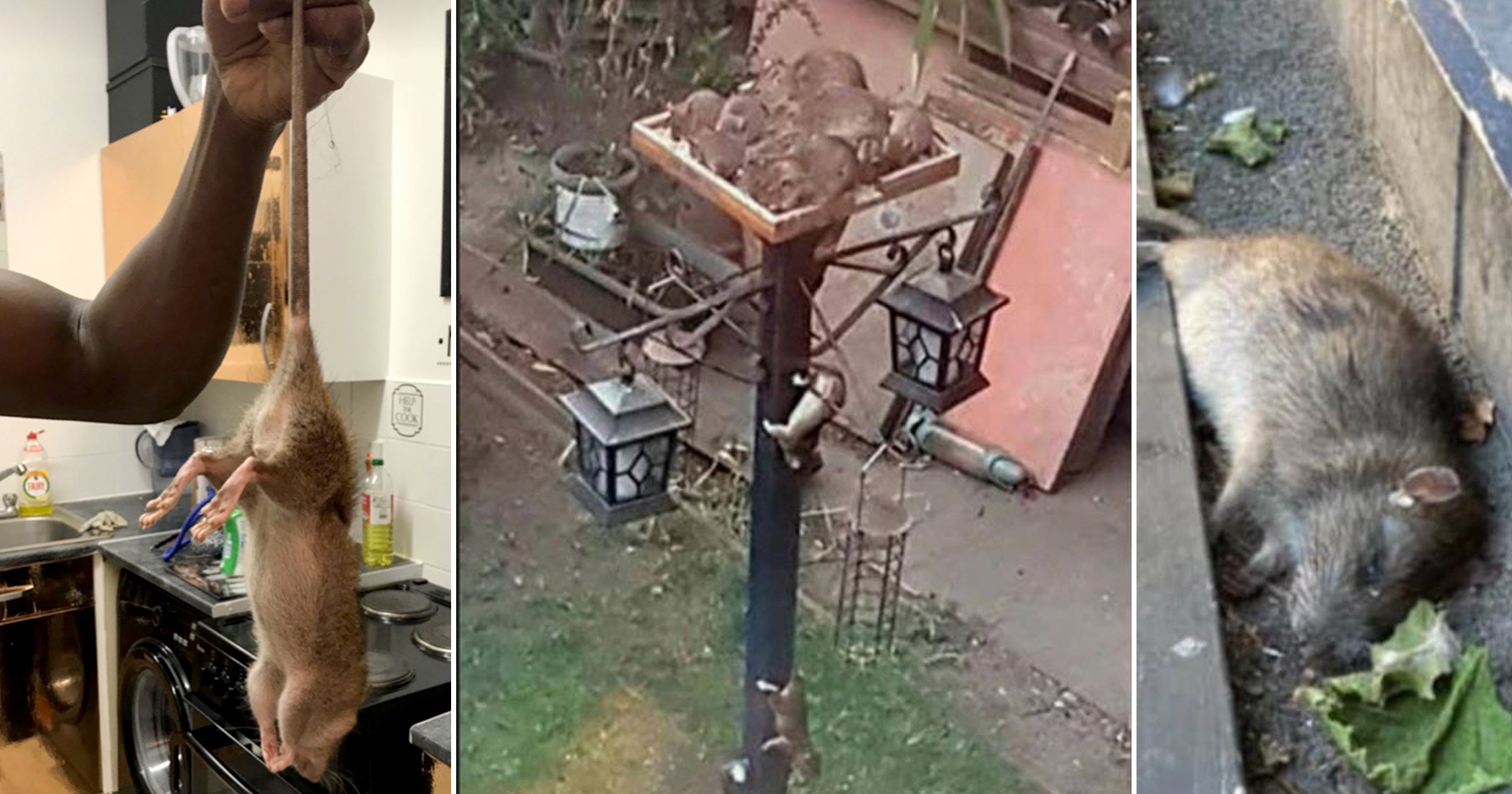 The winter Covid lockdown has driven rats inside people’s homes to look for food, pest control companies have warned.

Rats more than a foot long have been spotted inside houses as they become increasingly desperate after their traditional food sources were shut off.

The rodents are usually reliant on restaurant bins as a ready-made source of food but the four month lockdown has taken this away.

Coupled with the majority of people staying at home and eating more takeaways, this has meant people’s houses have become far more attractive places to scavenge.

There have been reports of rats scurrying up people’s toilets to gain access to houses while back gardens including bird feeders have also been over-run.

It’s fuelled an increase in the number of call-outs to pest controllers who say things are only likely to get busier, with people returning to offices to find new infestations.

Luke Pomfret of Pestfree Pest Control in Grimsby told The Sun he has found rats measuring more than a foot long inside homes.

He said: ‘Pest controllers have been busy domestically during the lockdown because there’s been a decline in commercial work.

‘Restaurants are closed, but rats haven’t gone away. They follow people.’

Earlier this year it emerged call-outs for rat sightings had gone up by 78% in London.

The British Pest Control Association (BPCA), which represents 700 rat catchers across the country, told CNN its members has reported a 51% hike in rodent activity during the first lockdown and a 78% increase in November.

With female rats able to give birth to as many as 12 rats six times a year, experts are predicting a rat boom over the coming months.

Another pest controller, Chris, of We Care Pest Control Hull, told The Sun in one house he’d found a dead rat that had been under a 99-year old woman’s toilet for six months.

He said the woman had moved out of her house to live with her son because she couldn’t stand the flies.