The Cabinet Office Minister spoke out after comments by Sir Mark Walport sparked fears of a new Covid-19 wave. The ex-chief scientific adviser, who is on the Sage team of Government experts, told the BBC: “I think one would have to say that we’re on the edge of losing control. “You’ve only got to look across the Channel. The French on Thursday had 9,800 new infections and one can see their hospital admissions, and indeed their intensive care admissions, are going up.”

Sir Mark also contradicted the Government’s advice for people to return to offices. He said he was “definitely” still working from home, and added: “Where people can work from home there’s an extremely strong argument that they should do so.”

Mr Gove described Sir Mark’s words as a “warning to us all”. But he denied the Government was losing control of Covid-19, saying: “No. I don’t accept that.”

In a separate interview with Times Radio, he said: “The reason why we’re taking the steps we announced this week and come into force on Monday is precisely to seek to avoid that situation.

Mr Gove said that unlike in Wales and Scotland, the “rule of six” social gatherings curbs would apply to under-12s in England. 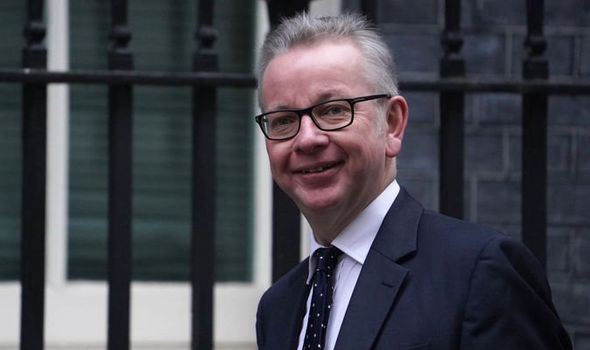 It is feared a second blanket lockdown across the whole of the UK would “shatter business confidence” and mean “thousands of companies will permanently close their doors.”

The source said: “That means we will be faced with hundreds of thousands of people losing their jobs and an economic meltdown.

“Lots of businesses understood lockdown to be a one-off event and so they tried to ride it through. But a second lockdown means many won’t be able to keep going and others will have their confidence shattered.

“If there is a second lockdown people will think there could be a third lockdown, a fourth and so on. There’s no end to it.”

The source acknowledged that the restrictions have been eased at a slower pace than many people want.

But they stressed such caution was necessary if a nationwide lockdown was to be avoided.

The insider said: “With all the data we now have we should be able to have local lockdowns and get through that way but we cannot take risks.

“That was behind the announcements last week.

“The rule of six is not a second lockdown but people need to take these rules seriously or we are going to be in a very bad place.” 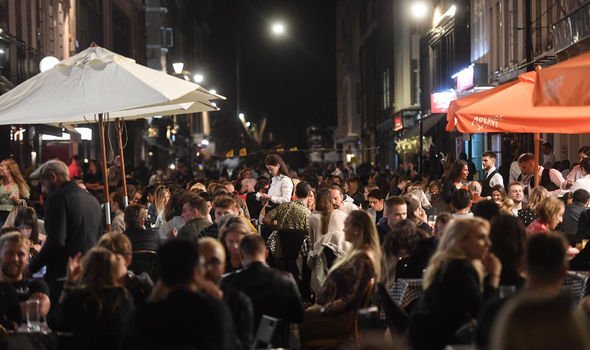 Prime Minister Boris Johnson is understood to be stepping up moves to fine people defying self-isolation rules. Police have rarely used powers to issue fines but Mr Johnson is reportedly considering cranking up the level of enforcement following evidence people are routinely leaving their homes.

In addition, ministers are considering plans for a hotline so people can report anyone who breaks quarantine rules to the police.

Mr Johnson has also urged workers to return to their offices if it is safe to do so as concern mounts that businesses based in city centres will go bust. The Welsh Government however has set out plans for a future in which three in 10 people will work remotely.

It is hoped this will help bring prosperity to rural Wales and mean young people do not have to leave communities for the city to find work.

Welsh deputy minister for economy and transport Lee Waters said: “The UK Government instruction for everyone to go back to the office is not one we are repeating in Wales.” 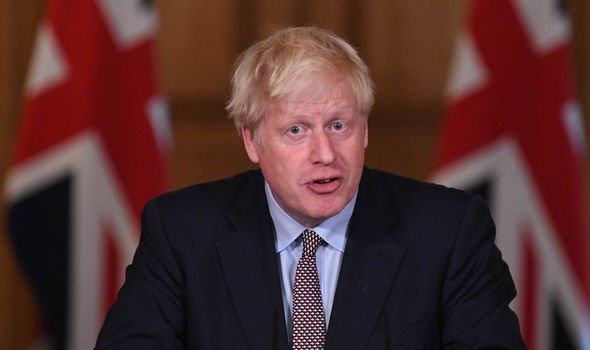 Meanwhile a further 3,497 cases of coronavirus in the UK were confirmed yesterday, bringing the total to 365,174.

This is slightly down on the 3,539 recorded on Friday but is the first time since mid-May that cases have been above 3,000 on consecutive days. Nine more people have died, pushing the overall death toll to 41,623.

Separate figures published by the UK’s statistics agencies show there have now been 57,400 deaths registered in the UK where Covid-19 was mentioned on the death certificate. Scotland recorded the highest daily Covid figure since May 8, with 221 positive tests in 24 hours.

The official UK estimate for the R value, the reproduction number for coronavirus transmission is between 1.0 and 1.2.

People in Birmingham and neighbouring West Midlands areas Solihull and Sandwell will be banned from mixing in homes and gardens from Tuesday amid rising infections.

Frontline NHS workers took to the streets yesterday to demand a wage rise. 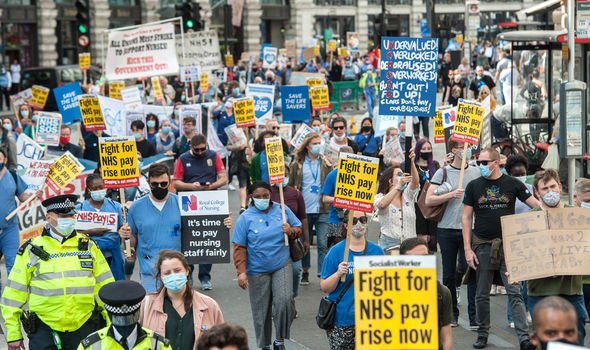 Campaigners around the country, many wearing scrubs or other uniforms, held banners which read “Stop clapping, start paying” and “Priceless yet penniless”.

Demonstrators in London marched to Trafalgar Square after a two-minute silence in honour of the 640 healthcare workers who have died during the pandemic.

Marches were held in 30 towns and cities, including Manchester, Sheffield, Brighton and Bristol. The protests come after nurses were excluded from the wage increase for around 900,000 public sector workers announced in July, because they are in the final year of a three-year agreement. The rise does not apply to junior doctors either, after they agreed a four-year deal last year.

Alia Butt, 33, an NHS psychotherapist in Essex and chair of Nurses StaffVoices, said: “We have simply had enough. Nurses saved the lives of the Prime Minister. What more do we need to do to get paid properly?”

Revellers across Britain made the most of the chance to party before stricter Covid-19 measures come into effect tomorrow.

They ignored advice from scientific experts and seized the chance to celebrate their last weekend of freedom. Large groups poured into pubs and clubs, across Britain. Ahead of the “rule of six” returning, the chairman of the body representing rank-and-file officers voiced his concerns.

John Apter, of the Police Federation of England and Wales, said: “There is a real risk that some members of the public will take advantage…and treat this weekend as a party weekend ahead of the tighter restrictions being introduced on Monday.”

The warning came as police issued a £10,000 fine to a 19-year-old who organised a student house party. More than 50 people attended his home in Nottingham on Friday.