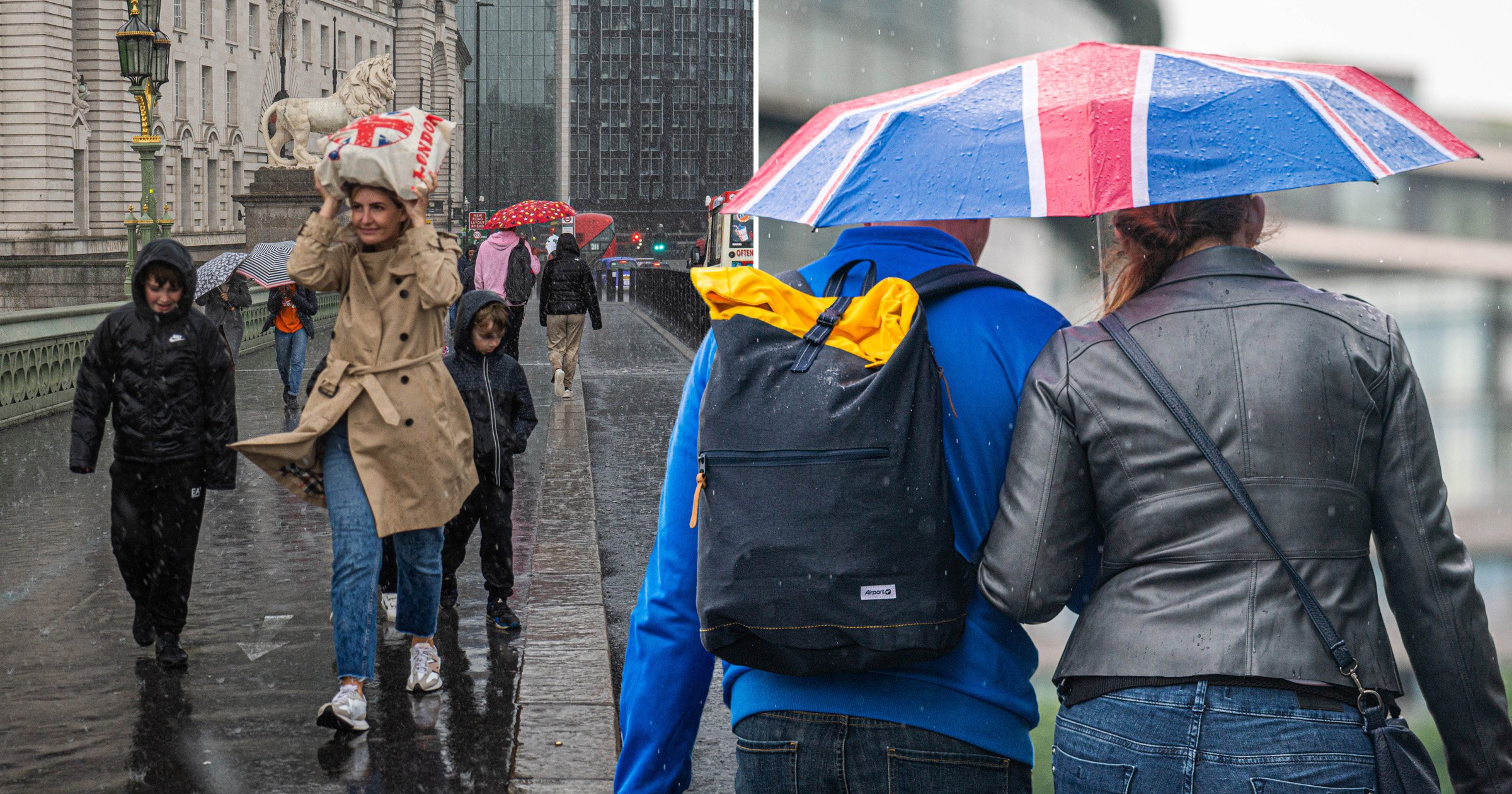 The Met Office has issued a rare lightning warning for the south of England as last week’s mini heatwave gives way to a ‘huge cluster’ of thunderstorms.

The UK recorded its hottest day of the year for the third day in a row on Friday as the mercury soared to nearly 33C in Santon Downham in Suffolk.

But temperatures dropped by 10 to 15 degrees on Saturday, prompting forecasters to issue one of only a ‘handful’ of lightning warnings as storms rumble in.

Meteorologist Becky Mitchell said a cold front from the north was responsible for the sudden temperature shift.

‘Lots of places in the UK have seen a temperature drop of about 10 to 15 degrees in some places, which is massive.

‘We’ve got a huge cluster of thunderstorms in the south west of England, there’s potential we could see some in the South East later on tonight.’

After days of flocking to beaches and open spaces to soak up the sun, people are now being urged to stay indoors due to the potentially dangerous conditions.

Ms Mitchell went on: ‘If you are doing any outdoor activities move inside if you can – that’s the best advice really.

‘Stay away from any power lines or anything like that which could potentially be struck by the lightning.

‘If you do find yourself in an exposed location stay close to the ground, away from anything that could conduct lightning.’