Meghan has always provided unwavering support to her husband Harry, who is an army veteran. He served for 10 years and went on two tours to Afghanistan during that time. He even confessed that he preferred being called by his military title of Captain Wales than Prince Harry. To honour his close ties to the Army, Harry set up the Invictus Games, an international competition for wounded veterans — and Meghan chose to make her first public appearance as the royal’s girlfriend during the 2017 games.

The Duchess of Sussex also had a brush with the military back in 2014 — a year before Harry left the Army — when she went on a USO tour to boost morale of US troops.

She travelled with the Chairman of The Joint Chiefs of Staff visiting troops in Spain, Italy, Turkey, Afghanistan and the UK.

The aim of the tour was to cheer up military personnel who would not be able to make it home for Christmas by entertaining them with US celebrities.

In his biography, ‘Meghan Misunderstood’, author Sean Smith claimed the Duchess of Sussex was good at this task because “she was good at improving the mood in any situation”. 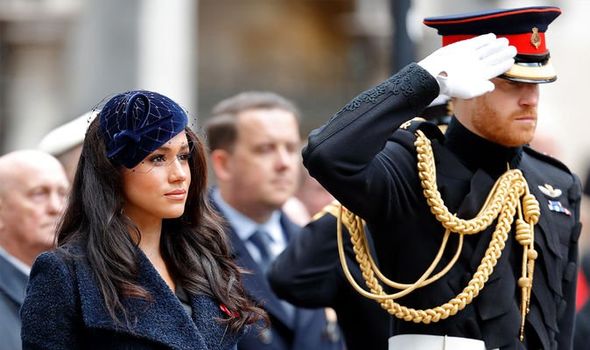 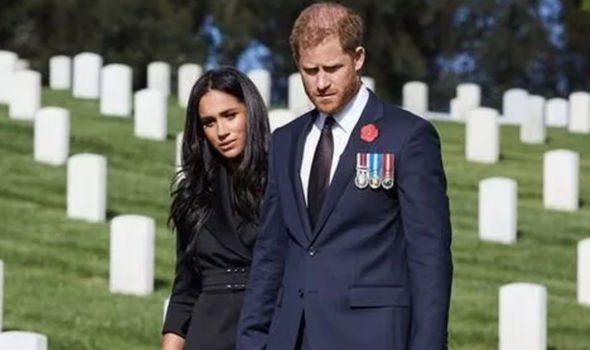 He explained: “Meghan’s role was one that many TV and film stars had fulfilled over the years — greet the serving men and women with a cheery smile and a sympathetic ear and meet as many of them as possible.

“She posed for selfies and joined the others for seasonal singalongs.

“She didn’t have to be Hollywood glamorous — jeans and a sweater with a baseball cap or a Santa hat was the address code, although she had packed some of Rachel Zane’s killer heels for the trip.”

Rachel Zane was her character from the legal drama Suits, which propelled her into stardom.

While she was there, Meghan told the crowds: “I have always had such a profound respect for our nation’s troops and military families. 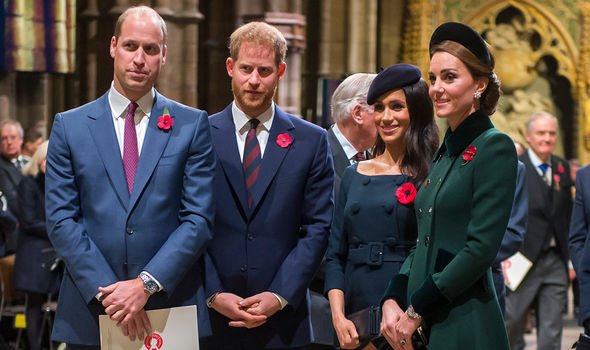 “I cannot thank them enough for everything they do for us.”

However, Meghan’s greatest tie to the services did not arrive until she met Harry.

Meghan accompanied her husband to Remembrance Day services along with the rest of the Royal Family every year when they were both still working members of the Firm.

After leaving the royals earlier this year and moving to California, the Duke of Sussex requested that a wreath be placed at the Cenotaph during the annual ceremony on his behalf, according to reports.

However, the Palace flatly refused his request, leaving the royal “deeply saddened”, although the reports do claim the Queen was not aware of his appeal.

The Duke and Duchess of Sussex subsequently travelled to Los Angeles National Cemetery to pay their respects on their own. 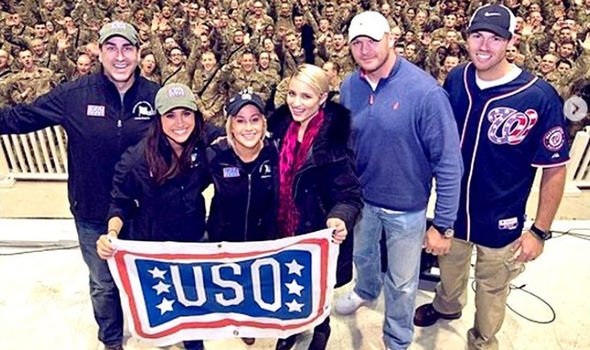 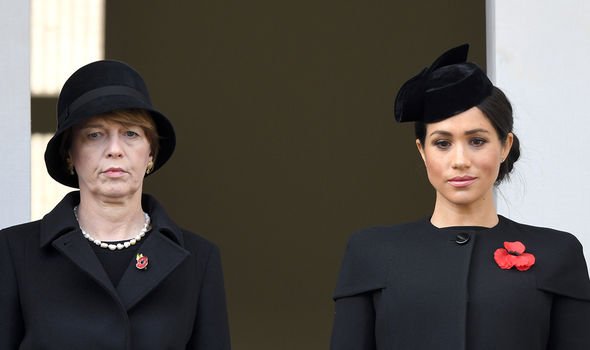 They release photographs of them laying their own wreath while dressed in black, and laying flowers on some graves.

On the wreath, Harry wrote: “To all those who have served and are serving. Thank you.”

However, this move was pulled apart by some royal fans who dubbed it a PR stunt, and an attempt to take attention away from the Royal Family’s annual ceremony by the Cenotaph conducted on the same day.

Psychologist and body language expert Bruce Durham also focused on Meghan’s behaviour during their time at the LA Cemetery. 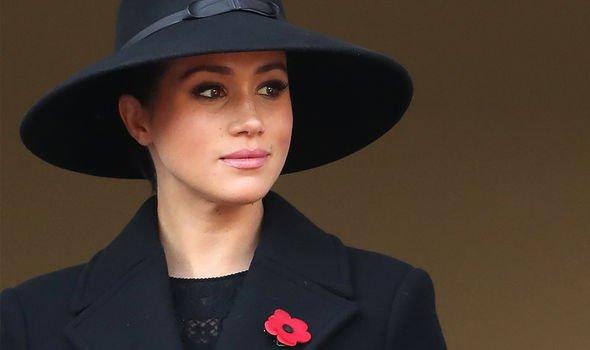 He told Mirror.co.uk that Harry had seemed more emotionally involved in the occasion than his wife.

Mr Durham said: “There’s no harm in it being for PR, but we need to acknowledge this rather than pretend it wasn’t.

“Meghan does seem to be along for the ride and what I mean by that, and it may be no fault of her own, is that you can see the visit impacts Harry much more than Meghan.”

“She is more curious than in tune with the event. Again, this is not a negative, more what any wife may feel if accompanying her military partner to such an event.”

‘Meghan Misunderstood’ by Sean Smith was published by HarperCollins in 2020 and is available here.