Meghan Markle’s life in and out of being a member of the Royal Family has been dominated by her charitable work. The Duchess has been active in the charity sector, and lockdown hasn’t stopped her from raising money and awareness for a variety of causes close to her heart.

The Duchess of Sussex, who is currently living in Los Angeles with her husband Prince Harry and their son Archie Harrison, has been helping local charities in person through lockdown while also taking part in a range of digital work to raise money and awareness for a variety of causes.

She has been consistent in her support for the Black Lives Matter movement as well as supporting charities in the UK that she worked with during her time as a frontline royal.

Now, she has personally thanked fans who raised a huge amount of money in her name following her birthday on August 4.

A social media campaign called #InspiredByMeghan was set up by a fan on their Twitter account, @freepeeper, and the campaign has now raised close to $80,000 after other supporters of the Duchess of Sussex donated and shared the hashtag. 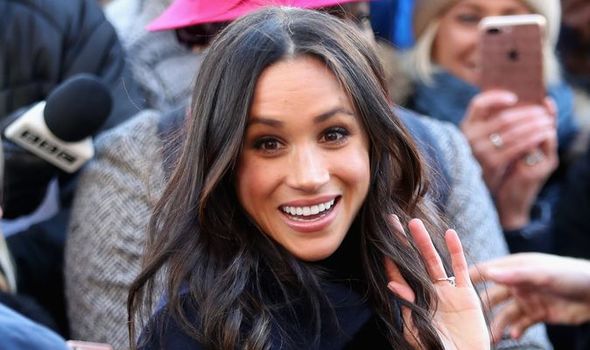 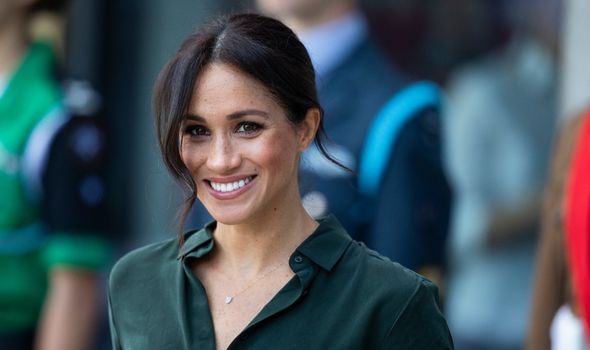 The money has been donated to Camfed, a non-profit NGO that works to eradicate African poverty through girls’ education and empowerment.

Now Meghan has personally thanked the fundraisers, who raised the money through the hashtag #InspiredByMeghan.

They then wrote on Twitter: “She said their team heard about the fundraiser and flagged it for her. She and Harry were very touched. She asked me to pass on a big ‘Thank you’ to everyone.

“I was thrilled to have the opportunity to tell her that their humanitarian work informed and inspired our fundraisers. 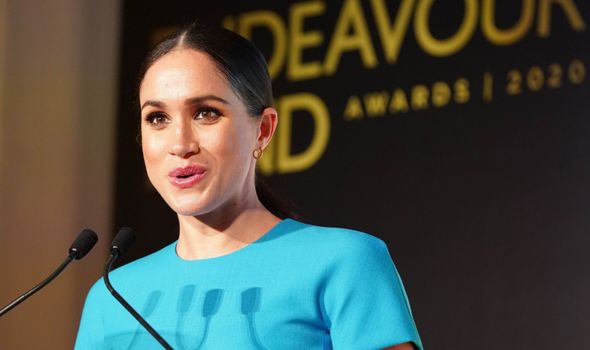 “She asked how much we’d raised, and I told her close to £80k (latest update).

“She said that was amazing. She was so gracious and humble.

“I told her that they have a lot of support out there. She thanked me. She said she felt it.”

“But the purpose of her call, and she said this a couple times, was to express gratitude to all of YOU for supporting them, for the fundraisers, and for your birthday wishes.”

DON’T MISS
Meghan Markle: How much could Meghan Markle make at next engagement? [INSIGHT]
Meghan Markle calligraphy: Where did Meghan learn calligraphy? [REPORT]
Royal wedding rings: Which royal has the most EXPENSIVE ring? [ANALYSIS]

Meghan and Harry have been living stateside since departing from royal life earlier this year.

They have continued their charitable work as independent people, and have begun to set up their new non-profit organisation, Archewell, inspired by their son, Archie.

The non-profit aims to offer “classes, lectures, seminars, conferences, workshops, and retreats on a variety of topics,” run a mentoring scheme, or conduct and host “events and exhibitions for cultural, sporting, health, mental health and entertainment purposes.”

It also has the potential to publish its own articles, magazines, books, music, podcasts, television shows, and computer software.

The site could follow in the footsteps of Meghan’s defunct lifestyle blog, The Tig, which she deactivated shortly after entering into a relationship with Prince Harry. 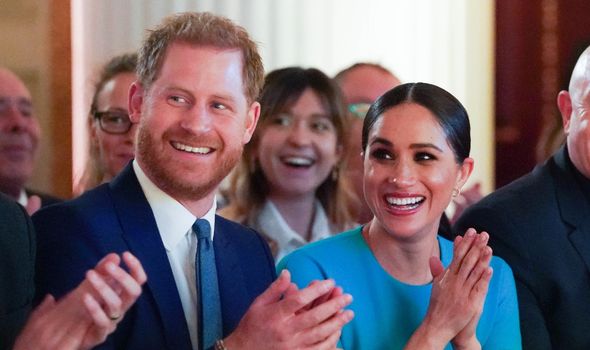 The Duke and Duchess of Sussex revealed Arche, the Greek word meaning source of action, was also the inspiration behind the name of their son.

They told The Daily Telegraph: “We connected to this concept for the charitable organization we hoped to build one day, and it became the inspiration for our son’s name.

“Archewell is a name that combines an ancient word for strength and action, and another that evokes the deep resources we each must draw upon.”

Due to coronavirus, the pair have been forced to curb the plans for the time being, and reportedly are looking to do a full launch sometime in 2021.

Archewell replaces their Sussex Royal charity which was dissolved following their exit from the family.