Meghan Markle and Prince Harry’s unofficial biography, Finding Freedom, reflects on the couple’s life while together in the Royal Family. One of the more shocking claims was that Meghan was targeted by Royal Family aides for being too different. During Channel 5’s royal documentary, Meghan and Harry: The New Revelations, commentators reflected on the multitude of claims made in the book.

Royal expert Katie Nicholl defended the claim of “royal vipers” not liking Meghan and attempted to highlight why that may have been the case.

She said: “One of the suggestions in the book is that the courtiers or vipers, as Harry and Meghan apparently refer to them, were out to get them.

“The idea that they did not like Meghan from the outset.

“It may very well be the case that there was a courtier or maybe two who had it out for Meghan. 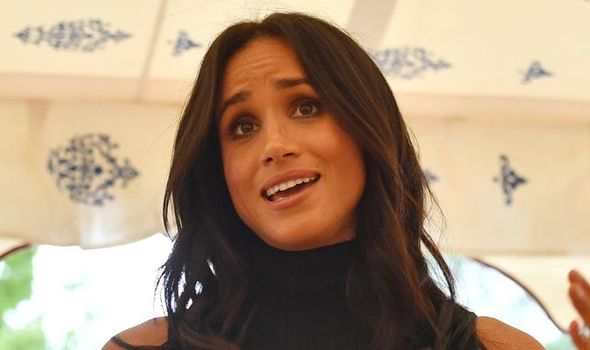 “Someone who felt she was too different, too confident and too ambitious.

“Ultimately that she was too different from anyone who had married into the Royal Family before.”

The narrator added: “The men in grey suits, as Princess Diana used to call them, were another element pushing Meghan and Harry away.

“In the book, friends of the couple call them vipers.

“It is claimed that some of them simply didn’t like Meghan and would stop at nothing to make her life difficult.”

The narrator closed by remarking on a nickname given to Meghan by her friends based on her supposed treatment in the Royal Family.

“This was a play on the often repeated claims that she was known as Duchess difficult within palace walls.”

Some commentators have argued the unofficial biography, Finding Freedom, written by royal commentators Carolyn Duran and Omid Scobie, acts as a mouthpiece for the two royals.

Royal expert Emily Andrews insisted it better painted a picture of what Meghan and Harry thought about controversial moments during their time in the Royal Family.

Both Meghan and Harry have denied direct involvement in the book, however.