The Duke and Duchess of Sussex announced that their second child had been welcomed to the world at 11.40am on Friday, June 4, “in the trusted care of the doctors and staff at Santa Barbara Cottage Hospital in Santa Barbara, CA”. The young girl weighed 7lbs 11oz, and “both mother and child are healthy and well, and settling in at home”. They decided to make a number of touching tributes in the young girl’s name, including a nod to Prince Harry’s grandmother, Queen Elizabeth II, as well as recently departed Prince Philip.

Lilibet ‘Lili’ Diana Mountbatten-Windsor will now join her parents and elder brother Archie Harrison in the Sussex clan, which is now based in the US after moving there last year.

The name Lilibet is somewhat unusual on these shores, but in Hebrew actually means Elizabeth.

In a statement, the couple said: “Lili is named after her great-grandmother, Her Majesty The Queen, whose family nickname is Lilibet.

The name was also Prince Philip’s favourite nickname for the Queen.

Baby Lilibet’s birth comes just a week before the Duke of Edinburgh was due to reach 100 years old. Prince Harry was incredibly close to both his grandparents before leaving the UK last year. 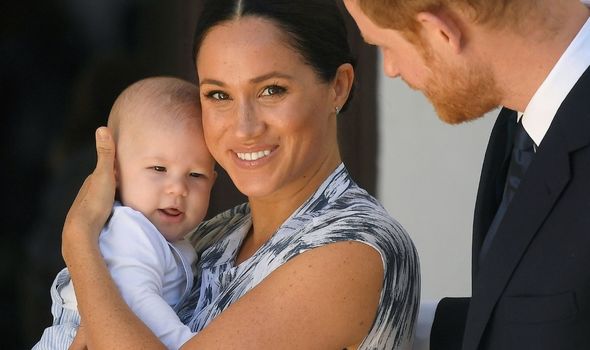 Lilibet, which also means “God’s promise”. The baby’s expected arrival was first announced on February 14, and came just after Meghan had revealed she had suffered a miscarriage around a year after Archie was born.

Speaking about the tragic episode, Meghan said she felt “an almost unbearable grief”, adding: “I knew, as I clutched my firstborn child, that I was losing my second.”

It had widely been anticipated that Diana would be among the names given to Harry and Meghan’s first daughter, but their decision to name their first son Archie came as a bit more of a surprise.

In 2019, when Archie was born, the frontrunners with bookies was Alexander, Arthur and Albert.

JUST IN: Emma Corrin shares worries over Harry and Meghan watching The Crown 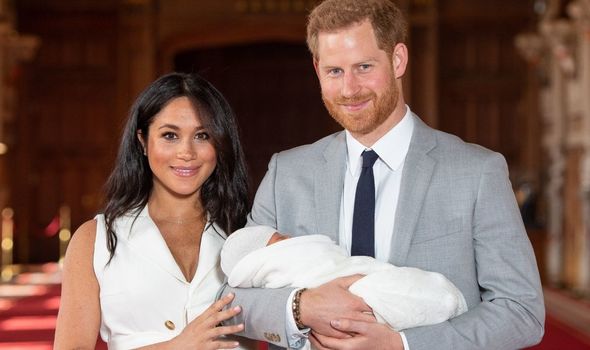 Joe Little, the managing editor of Majesty magazine, said that “I don’t think anyone of us saw either of these names coming”.

Mr Little claimed that Archie did not have any British royal connections, and Harrison too was a completely new name to be included in the Firm.

The name Archie reported means “genuine”, “bold” or “brave” and is more popular in the UK than it is in the US. 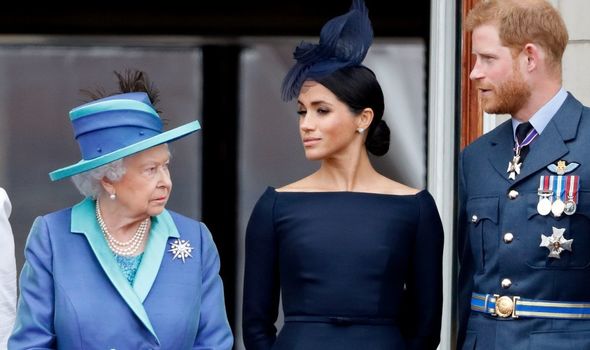 Harrison also got royal insiders excited as the name, which is normally a surname, means “son of Harry”.

Mr Little said: “It may well be it’s a name that Meghan is familiar with and again that’s why they are using it.

“Archie has a British feel to it, whereas Harrison is more of an American name. The first Harrison that springs to mind is Harrison Ford.

“They have wanted to do something a little bit different, and they have done.” 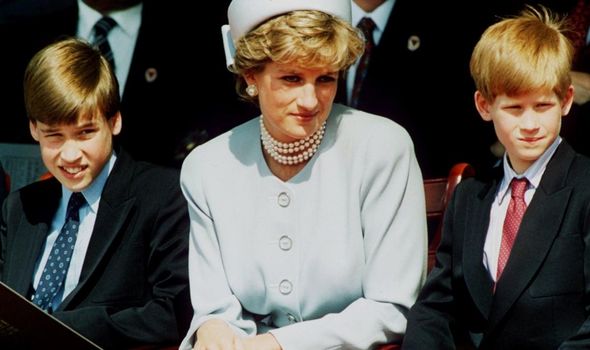 Archie was expected to assume the title of Earl of Dumbarton but Meghan and Harry reported decided he would simply be known as Master Archie.

This led royal insider Richard Fitzwilliams to say the decision to have a “non-traditional” royal name was “marvellous” and would “rejuvenate the monarchy”.

He said: “It’s a unique choice, by a unique couple who are doing things in a unique way.

“We are talking about brand Sussex, which is an international brand.”