Meghan, who is about eight months pregnant, is due to give birth in just a few weeks time. The Duchess revealed her due date will fall around the end of April to the beginning of May. However, cruel online trolls continue to lash out at the Duchess claiming her pregnancy has been staged, insisting she wears a “moonbump” prosthetic during public engagements. One YouTube video, which claims to have “absolute proof” the Duchess’ pregnancy is fake, has garnered over 280,000 views online.

The video’s creator, who has 31,000 subscribers, has made a series of videos claiming Meghan is faking her pregnancy – and each video has more than 50,000 views.

Sick online trolls lashed out at the Duchess in the comments of the video, claiming the footage proves her pregnancy has been staged.

One user said: “Oh my. I slowed the speed down and there is literally NO bump.”

Another said: “Yes someone in the crowd yelled out Hey Megan where did the baby go. What a joke she is. BUSTED!!!!!!” 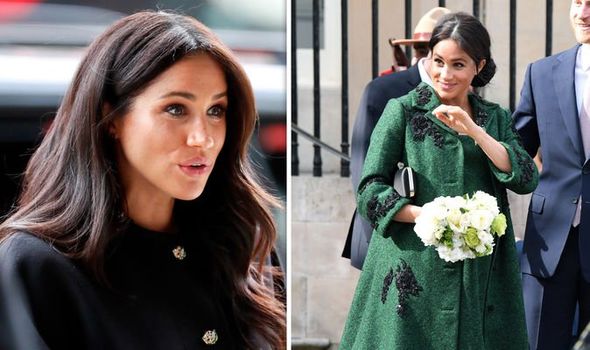 The account’s first video was published on the day the Duchess announced her pregnancy.

The #moonbump has swept across Twitter, as sick trolls continue to create bizarre theories claiming Meghan is staging her pregnancy.

The hashtag shows hundreds of zoomed-in images and slowed-down videos of the Duchess’ bump, claiming her belly is “lopsided” and “wobbling” insisting her pregnancy is fake.

Some trolls have even claimed Meghan is using plastic surgery including fillers to her face in order to look more pregnant. 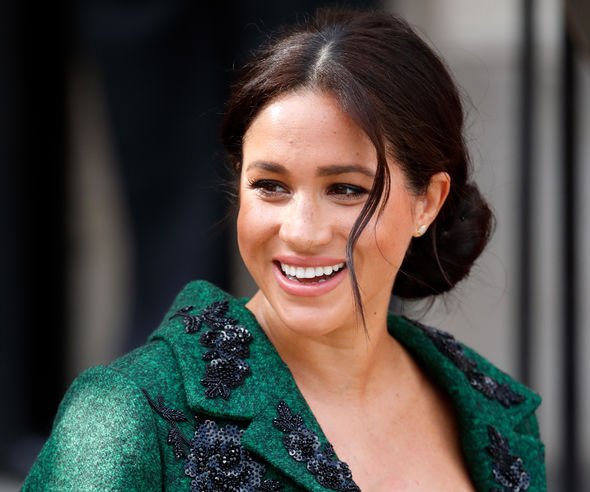 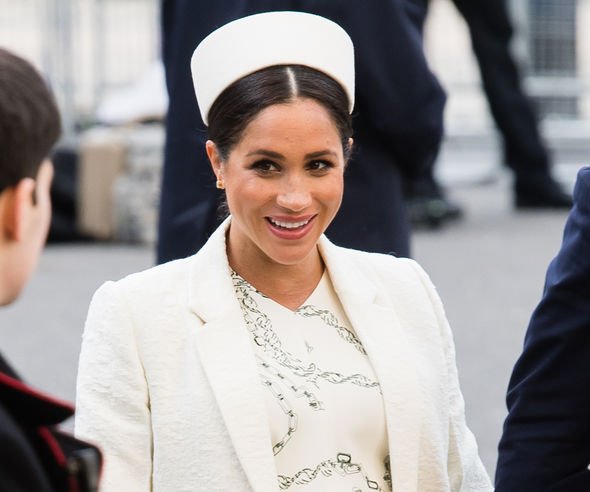 According to research by Brandwatch, some 1.5 million people have seen the hashtag #moonbump in their feeds.

One user said on Twitter: “I don’t think Meghan Markle is actually pregnant. I think they are using a #surrogate and lying to the public. #moonbump”

Another wrote: “So given that she claims she will pop the pillow any day now, when is she going to have a second moonbump shower?”

The rumours of Meghan’s fake pregnancy started circulating ever since she announced her pregnancy in October last year, but have picked up in recent months. 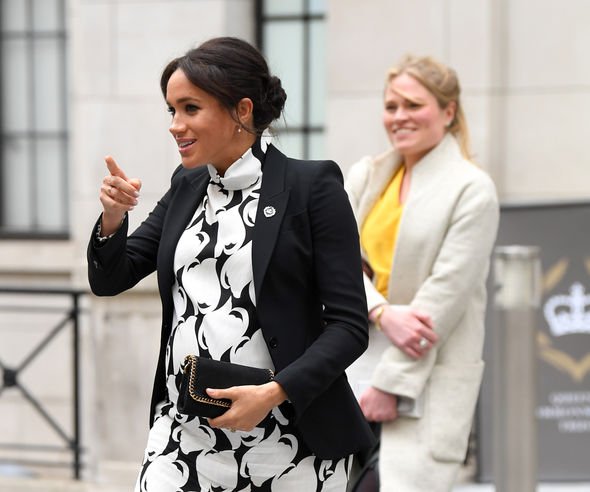 Afua Hirsch, writer and broadcaster, has claimed Meghan has become a victim to a “new wave of hostility”.

Speaking on the Andrew Marr show today, she said: “Since she announced her pregnancy there has been a new wave of hostility towards her which is quite hard to ignore.

“One of the manifestations of this is this speculation that her pregnancy is fake.

“’It’s a prosthetic bump that comes with movement to make it look more realistic. 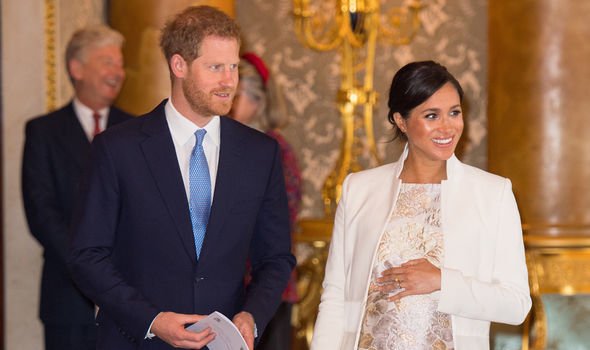 “It’s not the first time. Beyoncé the first time she was pregnant, was plagued by these conspiracy theories that she faked her pregnancy.

“I think in the case of Meghan it links to this strain, and by no means applies to everybody, but there is a faction of people in this country who are hostile towards her.”

Kensington Palace has had to issue social media guidelines to its followers after revealing how Meghan and Kate, the Duchess of Cambridge, were facing contant online abuse.

In an unprecedented statement, the palace said it was becoming a full time job to monitor negative comments on its social media accounts, and they could not keep up with the racist, sexist abuse being thrown at the duchesses.