The Duke and Duchess of Sussex have kept themselves busy in the last few weeks, despite Meghan only giving birth to son Archie in May. They went to the London premiere of the Lion King on Sunday, where they rubbed shoulders with Beyonce and Jay Z. Now they have revealed they have officially chosen a name for their new charity and will use a director from their former foundation.

The new foundation will be called “Sussex Royal The Foundation of the Duke and Duchess of Sussex”.

But it will be known as “Sussex Royal” for short, according to Hello!.

The couple will be directors on the project.

Meghan and Harry were previously part of the Royal Foundation with Prince William and Kate.

But they announced they were cutting ties back in June.

This was so they could set up their own foundation to support their own causes.

Their new charity is based at Buckingham Palace, while William and Kate still have their office at Kensington Palace.

“They are especially proud to have established a charity that has had, and will continue to have, significant long-lasting impact, changing lives for the better.”

Meanwhile, Meghan and Harry are said to have annoyed royal staff by being given six large offices in Buckingham Palace for their new venture, the Sun has reported.

A royal insider said: “The Palace traditionalists are grumpy that such a prime space is being given over to Harry and Meghan, who have perfectly adequate offices already at Kensington Palace.” 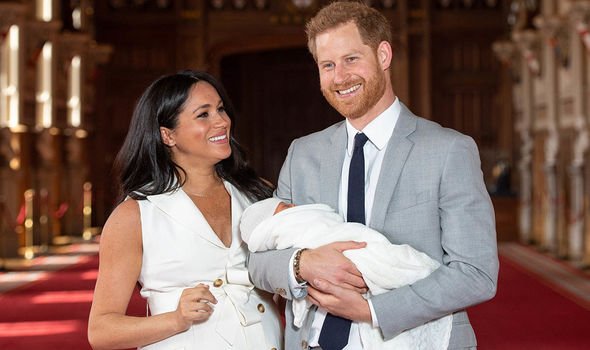 Meghan and Harry will reportedly move in by the end of the year.

The rooms are said to be currently vacant and can be booked by anyone at the Palace.

A Palace source told the Sun: “There are a lot of people trying to cause trouble for the Duke and Duchess as a result of this move.

“But the facts are they were offered these rooms by the master of the household because they are currently unoccupied and used as meeting rooms.

“They will be reserved for Harry and Meghan when they are at the Palace but the permanent space is shared for the staff.

“There is not going to be work done on the offices and there is no budget for any new furniture or anything like that. It’s simply a case of taking out the current furniture and installing new desks.”