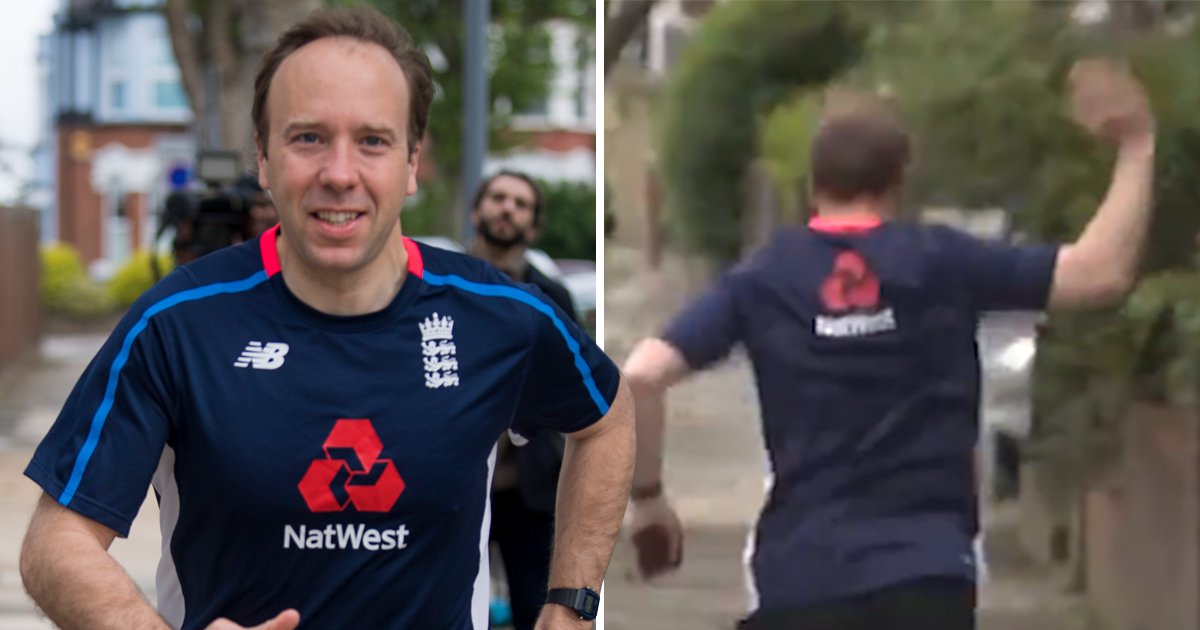 Matt Hancock ran away from reporters while being quizzed over allegations made by former Downing Street insider Dominic Cummings.

The Health Secretary, wearing an England cricket top, was stopped while jogging near his home in London ahead of a tricky day for Government ministers.

Mr Hancock gave a quick soundbite about over 30s being invited to receive their vaccine before refusing to answer any more questions.

He was seen giving a wave to the cameras as he departed down the road.

The minister has faced questions over the Government’s actions during the early days of the pandemic.

Mr Cummings alleges a policy of ‘herd immunity’ was considered, potentially putting hundreds of thousands of lives at risk.

The PM’s former chief advisor has been particularly scathing about Mr Hancock and his department since his acrimonious departure from frontline politics.

Ahead of his appearance in front of MPs today, the Brexiter has taken to Twitter to make a series of allegations about his time in Government. 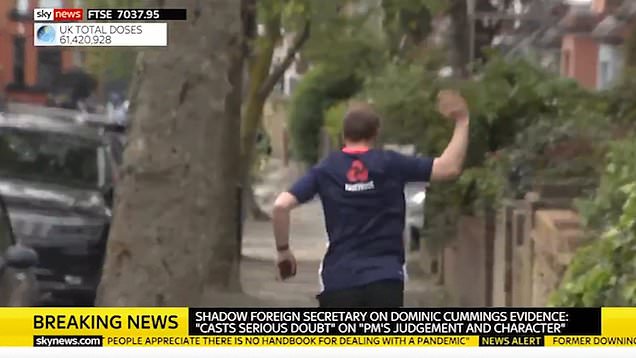 The mammoth thread has branded the UK’s policy at borders a ‘joke’ and said: ‘The Covid plan was supposed to be “world class” but turned out to be part disaster, part non-existent.’

He’s also slammed the alleged ‘secrecy’ in Government plans and said mass testing should have been developed much earlier.

Ahead of Wednesday’s session, ITV’s Robert Peston reported on Tuesday that Mr Cummings will allege the PM said ‘Covid is only killing 80-year-olds’ in a bid to delay the autumn lockdown.

The Daily Mail has reported Mr Cummings also plans to claim Mr Johnson called Covid-19 ‘kung flu’ and considered being injected with coronavirus live on air in an attempt to demonstrate it was nothing to be scared of.

Cabinet minister Grant Shapps has dismissed Mr Cummings’ appearance before MPs as a ‘sideshow’ and suggested the former No 10 aide ‘has his own agenda’.

‘I’ll leave others to determine how reliable a witness to all this he is,’ the Transport Secretary told Sky News.

‘He was there at the time, what his motives would be I will leave to others.’

Most people are interested in getting their vaccine rather than the ‘sideshow over a former adviser who has his own agenda, presumably’, Mr Shapps said.