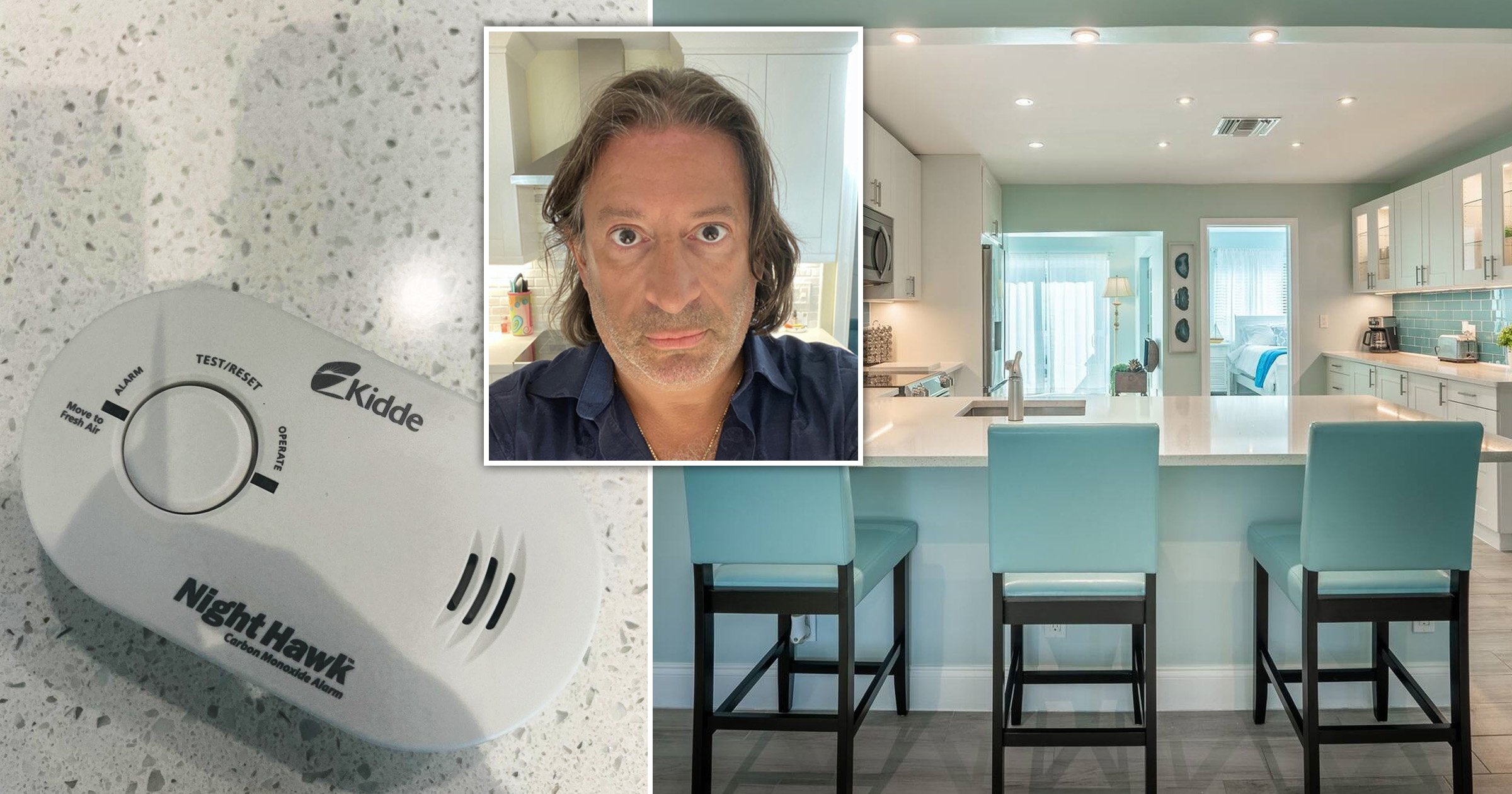 A guest staying at an Airbnb reported the owner for planting a ‘hidden camera’ – which turned out to be a carbon monoxide detector.

Property developer Robert Serr, 48, says he was made to feel like a ‘peeping Tom’ when a guest left a review claiming he spied on her.

But he gave a recent guest a one-star review after she left it in a ‘filthy, disgusting mess’ that took five hours to clean in December.

In what Serr believes was in retaliation to his rating, the guest published a lengthy review alleging that he was keeping an eye on her with a concealed camera.

She wrote: ‘My concern was the Airbnb hosts making an appearance at the house during my stay.

‘(Out of) all the homes that I have rented, I have never seen the Airbnb host make a physical appearance to the property during my stay.’

The guest claimed Serr ordered her to leave his property ‘the same way I found it’, an exchange which left her uncomfortable.

‘I did not feel comfortable with his visit,’ she wrote, ‘especially after that host text me confirming that I will not be having a party.

‘I just disclosed with him that (there will not) be a party on his property but we are celebrating my mother’s birthday.’

‘Also, I did see two smoke detectors in one of the rooms,’ the guest added in her review, referring to the open-plan kitchen. ‘My concern with that is there is a recording device hidden in one of the detectors.’

The accusation led to Airbnb suspending Serr’s account after he spent more than $30,000 (£25,000) renovating the place to make it more ‘Airbnb-friendly’.

Airbnb walled up his account on January 8 having received a report the host had made a guest feel ‘unsafe’.

Serr said: ‘It is the vilest accusation to make about somebody, that I’m some kind of sick voyeur or peeping Tom. It’s very damaging to my reputation.

‘It’s one step below saying I’m essentially a sex offender. To level that kind of accusation then have Airbnb accept their claim without evidence and banning me, it makes you feel disgusting.

Serr claimed he sent a message to the guest about not holding gatherings after she asked if the house has a back garden.

An exchange between the pair showed Serr telling the guest: ‘I just wanted to confirm with you that we cannot allow any parties at the house even though it’s New Year’s Eve.’

Serr said the neighbourhood is ‘quiet’ and that an elderly couple lives next door.

‘She checks into the house. At 1am that night, I get a phone call from my neighbours to say she’s having a big party at the house,’ he added.

‘(Then) the following night I get a phone call from the neighbours at 4am and there’s a bunch of people coming in and out of the house.’

Serr claimed his cleaners found his property after the guest checked out looking ‘disgusting and filthy’.

‘She wiped up grease from the kitchen with the bedsheets and the towels. It was a filthy, disgusting mess,’ he claimed.

‘Evidently, the one-star review I left her prompted Airbnb to get in touch [with her] and because of this, I believe she made up lies and said my carbon monoxide detector was a camera.’

After Airbnb suspended him while its safety team conducted an investigation into whether a host spied on a guest, Serr is now considering leaving the platform.

‘Am I supposed to be grateful that they’ve now restored my account that never should have been suspended in the first place?’ Serr said, adding that he was close to listing two more of his properties on Airbnb.

‘No. All this has done has made me see just how easy it is to have your entire business shut down at the snap of a finger with little to no recourse.

‘Airbnb had so much documentation of my concerns about this booking from the start but it seems like all of that is irrelevant. Even down to the 4am phone calls to Airbnb.’

An Airbnb spokesperson said: ‘We were disappointed to learn about this experience, and have resolved this matter.

‘A temporary suspension was in place as we investigated a security query to help protect our community.

‘We have contacted the host to reactivate the listing, and we have taken appropriate action on the booking guest.’