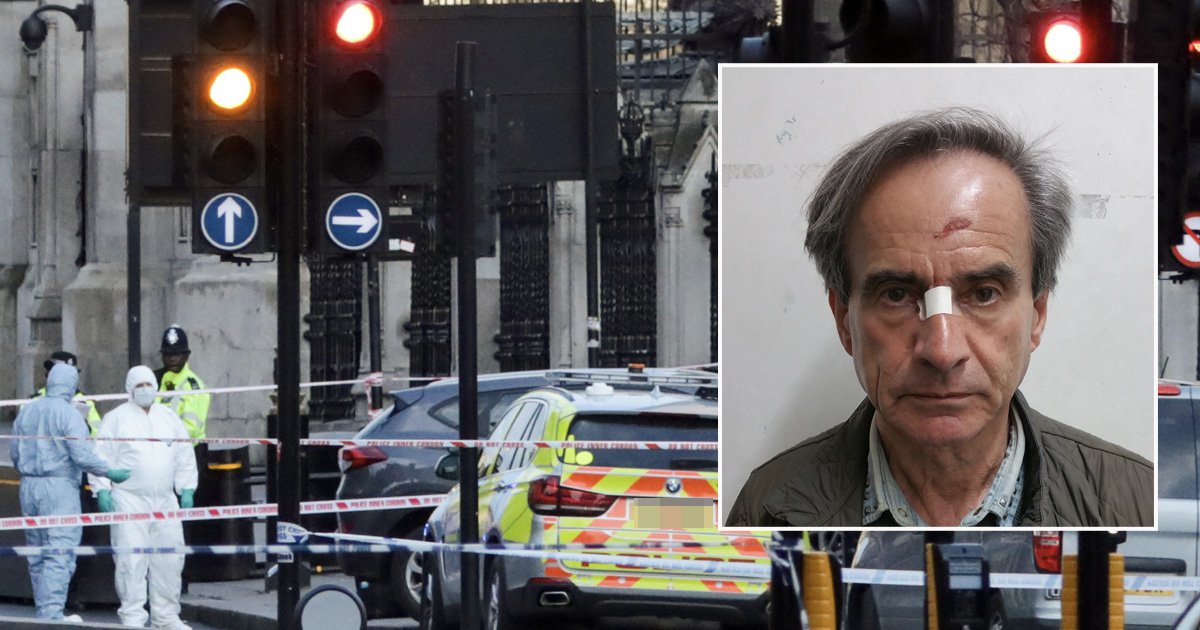 A man has been jailed for a ‘disgraceful and reckless’ attempt to frame an innocent person as a terrorist.

Gerald Banyard, 67, sent handwritten notes to the Metropolitan Police to try to paint his former landlord’s partner as being involved in the 2017 Westminster attack.

During the incident, lone wolf terrorist Khalid Masood ploughed a car into pedestrians on Westminster Bridge on March 22, causing the deaths of five people including police officer Keith Palmer.

Eight days afterwards, Banyard sent a package to Brighton police station which contained two notes including one addressed to ‘Khalid’ that was signed off with a name and phone number.

A second letter was sent for the urgent attention of Scotland Yard on April 1, 2017, from Leeds.

Inside, there was a further handwritten note, claiming that a named man from Eastbourne had been communicating with the attacker. The man’s phone numbers were included

Counter-terrorism detectives questioned the accused man and confirmed he was completely innocent.

He identified Banyard as a possible suspect because he was involved in a tenant-landlord dispute with the man’s partner.

A handwriting expert confirmed that Banyard had written the notes that were sent to police.

Commander Richard Smith, head of the Met’s Counter Terrorism Command, said: ‘Banyard looked to exploit an extremely tragic and serious situation to try and settle what was a private dispute with his landlord.

‘His actions meant that counter terrorism resources were diverted to investigate what turned out to be a completely fabricated story which implicated an innocent man.

‘His actions were disgraceful and reckless and I hope this conviction demonstrates how seriously the police and courts take this type of offending.’

Banyard, from Whalley, Lancashire, was found guilty of two counts of perverting the court of justice at Southwark Crown Court last week, but failed to appear at the verdict hearing and a warrant was issued for his arrest.

He was found and arrested three days later in Scotland.

Today at the same court he was jailed for three years and two months and a restraining order was imposed.