Reports have emerged of a street in Rochdale, Manchester, being cordoned off by police this morning after a man was found dead in a house.

Industry Road, off Whitehall Street, is currently taped off and pictures show police officers stationed at the scene. A man is now in custody, police have confirmed.

Pictures, such as the one tweeted by MEN Senior Reporter Lyell Tweed, also show some police tape around a house on the residential street.

Police said they were called to a disturbance just after 12.30am this morning (Monday). A man was tragically found dead in a property on Industry Road, the Manchester Evening News reports. 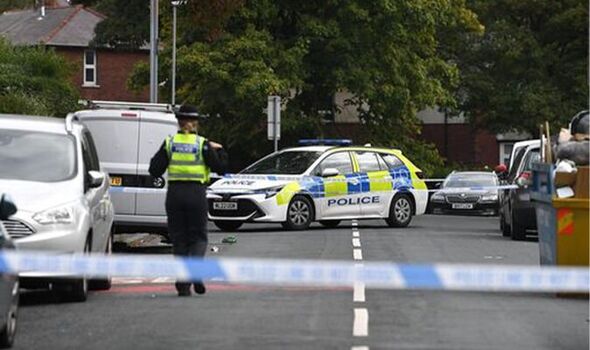 The police issued the following statement regarding the situation: “Police were called to an address on Industry Road, Rochdale at 00:33 hours on Monday 3 October 2022, to reports of a disturbance. On entry to the residence, officers found a deceased male.

“Forensics are on scene and will be carrying out investigations at Industry Road, as well as two other addresses nearby. A male is currently in custody and is helping officers with their enquiries.

“Anyone with any information is asked to contact GMP via gmp.police.uk or 101. In an emergency, always dial 999. Information about crime can also be shared anonymously via the independent charity – Crimestoppers on 0800 555 111.”

At the scene, Lyell Tweed captured the moment the CSI team arrived.

Updates will be posted on this story as we receive them.

You can also follow the Manchester Evening News and their live blog for more information.