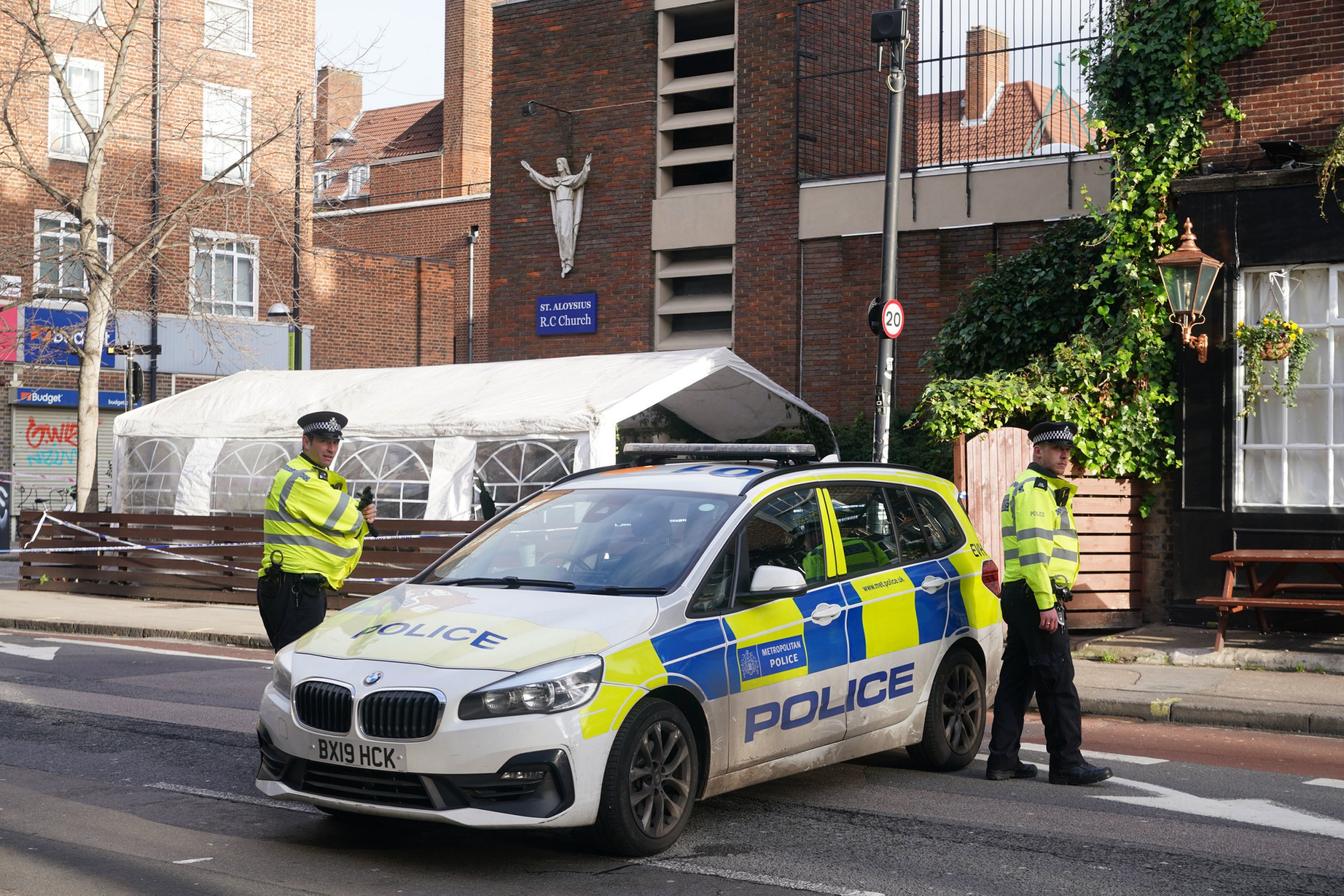 A man has been arrested on suspicion of attempted murder after a drive-by shooting at a church left a seven-year-old girl in a life-threatening condition.

Officers were called to St Aloysius Church on Phoenix Road in Euston, central London, on Saturday where a memorial service was taking place for a young woman and her mother.

Scotland Yard said shotgun pellets were fired from a black Toyota C-HR at around 1.30pm before it was driven off.

Four women and two children were injured in the attack, with the youngest left in a life-threatening condition.

The Metropolitan Police said a 22-year-old man was arrested after a car was stopped in Cricklewood Lane, Barnet, shortly before 4pm on Sunday.

He has been taken into custody.

Three women – aged 48, 54 and 41 – were taken to a central London hospital where their injuries were assessed as non-life threatening.

A 21-year-old woman was also taken to a central London hospital and her condition has been assessed as non life-threatening.

The seven-year-old girl remains in hospital in a serious but stable condition.

A 12-year-old girl who sustained a leg injury is expected to make a full recovery.

The shots sent mourners running and screaming, with many of them sheltering inside the church, witnesses said.

Father Jeremy Trood, who conducted the service, confirmed it was a Requiem Mass for Sara Sanchez, 20, and her mother, who both died in November.

Ms Sanchez suffered from leukaemia for three years before succumbing to the disease after her mother died suddenly from a rare blood clot on arrival at Heathrow from Colombia.

Anyone who witnessed the shooting incident or who has information about what took place is asked to call 101, giving the reference 3357/14JAN, and information can also be provided to Crimestoppers, anonymously, on 0800 555 111.