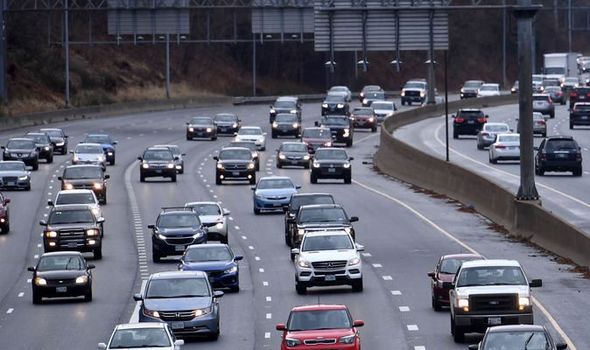 The road is one of the main channels for commuters from Reading to Cardiff getting into London.

The AA says there are currently delays of around twenty minutes.

It says the average speed of cars on the road is at 5mph.

This queuing further on has likely caused the congestion just north of Brands Hill and Colnbrook.

It says there is a construction area along the road.

In other traffic news, last night, traffic was held on the M25 after a vehicle caught fire near Potters Bar, Hertfordshire.

READ MORE: How long are France strikes going on? Could it ruin YOUR French trip? 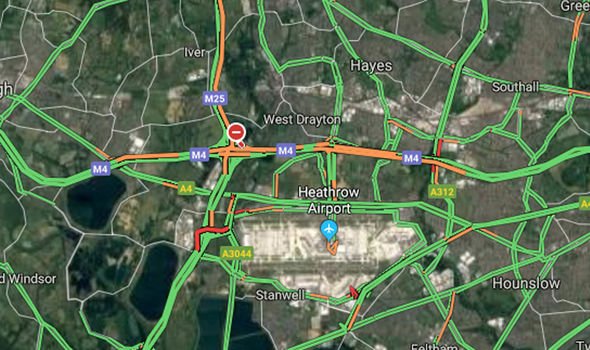 Fire fighters were called to the scene and fought the blaze.

Further north, in Manchester, multiple stranded vehicles were reported to have caused a congested traffic and severe delays on the M60 yesterday evening after a serious crash.

The reason for the incident has not yet been disclosed. 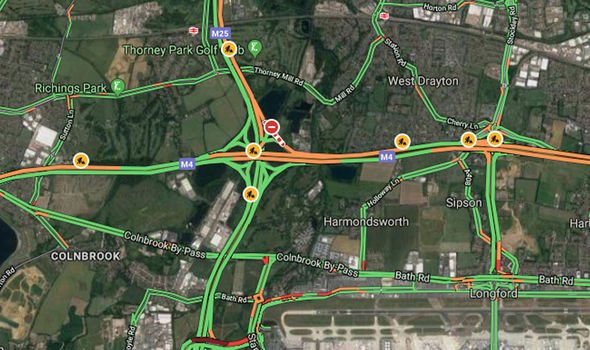 “Three lanes have been closed due to a collision. @NWAmbulance are en-route. Traffic Officers @[email protected] & @manchesterfire are on scene. Congestion is currently back to junction 15.”

Queen shock: How THIS royal is her least favourite grandchild – it’s not who you expect