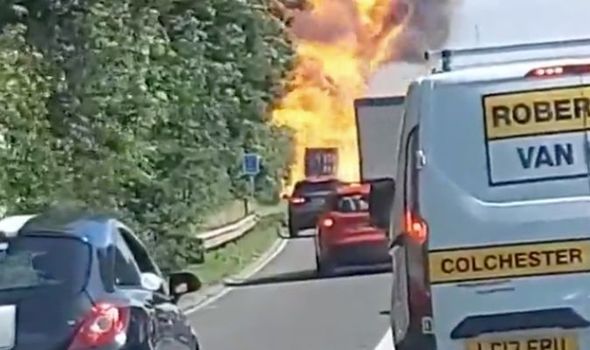 Highways England said: “M11 closed J10 to 8 Southbound for a Lorry #Fire, this will also affect the J9 entry slip from the #A11, Northbound also closed J8/9. “Please avoid the area at all costs as this will be closed for some time. #StanstedAirPort #Stansted #StompsCross.”

The lorry fire caused a 40 mile diversion, with road closures expected to last for some time.

Essex Police are at the scene, and told travellers to seek another route.

They said on Twitter: “We are currently on the scene of a vehicle fire on the #M11

“Officers will be closing the M11 on both carriageways between Junctions 8 and 9 and the on-slip for the #A11.

“Please seek another route if you can.”

Northbound traffic is also being diverted with a 30 mile alternative route: