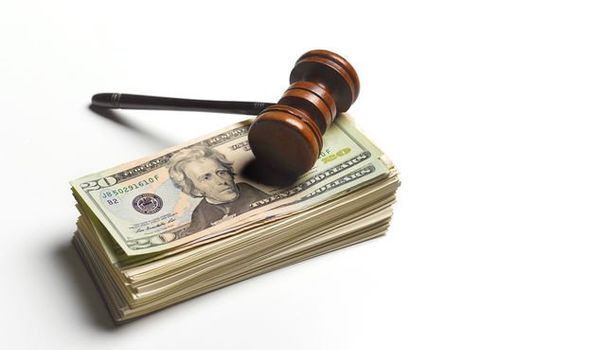 An organised crime group being investigated by the National Crime Agency (NCA) planned to fly at least two “couriers” a day from the UK to Dubai with £1million or more in cash stuffed into their luggage each time.

Dubai has become a mecca for crime syndicates to launder their cash in property developments.

The gang recruited mules to smuggle money out of UK airports, then officially declare it upon arrival in Dubai as the legitimate proceeds of a gold-trading company.

Money mules have flights paid for, accommodation in Dubai and cash payments of around £3,000 each trip.

Couriers are even advised how to set up small businesses in the UK to launder their “earnings”.

Details of the huge money-laundering operation emerged after the prosecution of Tara Hanlon, 30, from Leeds.

She is facing prison when sentenced at Isleworth Crown Court later this month after pleading guilty to four counts of money laundering.

She was caught waiting to board a business class flight to Dubai at Heathrow Airport last October with £1.9million stuffed into five suitcases.

It transpired that Hanlon, who told border officials the bags contained clothes, was tempted into carrying the cash for the network after getting into debt.

She had been furloughed from her former job as operations manager at Leeds recruitment consultancy firm Goodall Brazier and was doing part-time hairdressing, the court heard last month.

She had completed three earlier successful round-trips, taking a total of around £3.5million in cash to Dubai.

The £1.9million was the largest single amount detected last year.

Hanlon, who had cosmetic surgery to look like her idol Kim Kardashian, told NCA investigators she thought it was legal and was not being paid, other than £500 to cut the hair of a British woman in Dubai, who asked her to bring the money.

But text messages obtained by the NCA between Hanlon and the woman, who recruited her to the crime gang, painted a different picture.

On July 15 last year, the day after her first successful £1.4million flight, Hanlon texted the woman, identified in a sentencing report as Michelle Clarke, from Garforth, in Leeds, saying: “Perfect life, a few days in the sun and a few at home.”

Clarke, who is now being sought by the NCA, replied asking Hanlon to come up with other “recruits” who could be “trusted”.

She said: “They want me to have 12 people. They want at least enough for once a week, then up to two a day every week.”

The following day Hanlon replied saying she had been paid “three big ones”, which the prosecution said was £3,000.

Hanlon added: “So with this wage and the next, my debt’s going bye.”

On July 17 messages between them discussed the recruitment of another woman.

In a voicemail message, downloaded by the prosecution from Hanlon’s phone, Clarke told her how to launder her proceeds.

She said: “I think it’s going to be best that you set up a business for yourself in the UK and then that way I’ve got an accountant for you and you’ll be able to put money through your books.

“Just say you’re doing hair extensions or something and then he’s going to clean your money up, OK?”

It has identified the United Arab Emirates as one of five nations where UK criminal cash is most likely to be laundered alongside Russia, China, Hong Kong and Pakistan.

Weeks after Hanlon was arrested, Zdenek Kamaryt, 38, a Czech citizen, was arrested at Heathrow as he prepared to fly to Dubai. He was found with more than £1.3million in cash vacuum-packed in suitcases. He had made two previous trips.

Kamaryt pleaded guilty to money laundering offences and was jailed for two years in March.

Home Office minister Chris Philp said: “Preventing the export of undeclared cash from the UK is a vital step in clamping down on organised criminal gangs.”