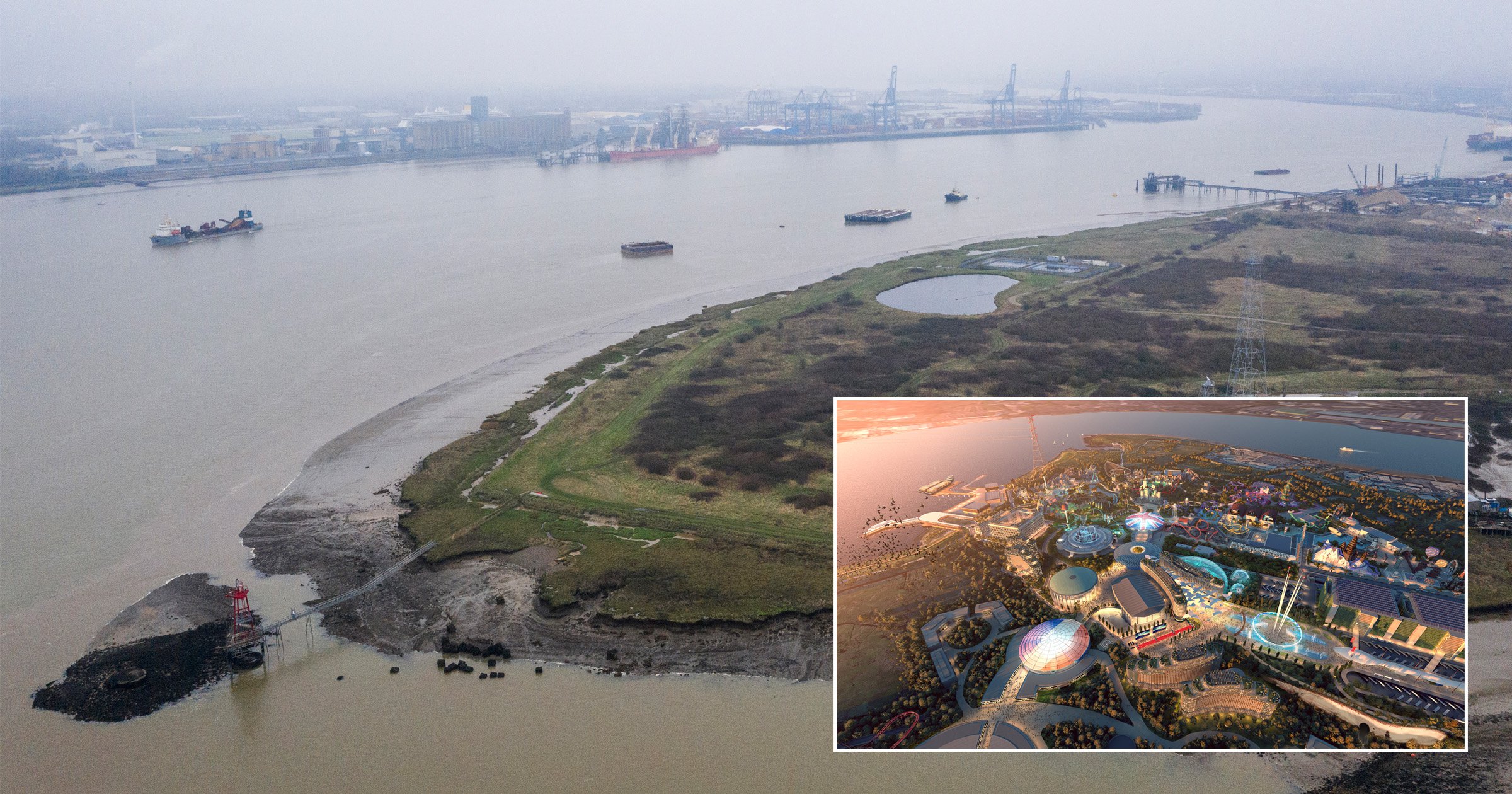 Cruise ships could accommodate as many as 2,000 construction workers if plans for a new £3.5 billion theme park in the UK are approved.

London Resort would be built on the Swanscombe Peninsula, between Dartford and Gravesend, and boast entertainment including two theme parks, a water park, e-sports facilities, hotels and shopping centres.

It has been dubbed the UK’s answer to Disneyland and could open its first park in 2024.

It has now been reported decommissioned ships docked on the Thames are one of three options being considered to house workers because of a lack of hotels and rental accommodation nearby.

‘At its peak, it could total up to 5,000 construction workers. We have estimated that 50% of the workforce will come from Dartford, Gravesham and Thurrock. That would leave 50% who live further away from the site.’

Mr Martin said the ‘influx of workers’ who will need to live off-site could put the local accommodation market ‘under serious pressure’.

But unions are calling for a discussion of the plans with London Resort before a decision is reached.

Unite national officer for construction Jerry Swain told the BBC: ‘On the face of it this looks like an attractive option for workers.

‘However, it is essential that the cruise ships don’t in reality become an expensive prison.

‘At the moment, due to Covid-19, there is a huge surplus of cruise ships but, when that market recovers, it would be immoral to force workers into clapped-out hulks.’

In December London Resort submitted plans for review, with artistic impressions showing a modern and lit up park, which is roughly the size of 136 stadiums and would become the first European development built from scratch since Disneyland Paris in 1992.

The resort also aims to be the first operationally carbon neutral theme park in the world, with the proposal stating that the areas will be built with ‘environmental enhancement’ and habitat creation in mind.

Developers say the park will be split up into ‘lands’ in a similar way to Disneyland, including The Studios, inspired by Hollywood, The Woods, inspired by fairytales, The Kingdom, following dragons and medieval weapons, and The Jungle, which covers ancient ruins.

There will be at least six rollercoasters, with rides influenced by big blockbuster films and TV shows made by partners including Paramount Pictures and the BBC.

There will also be a high street area for shopping and restaurants and more than 3,500 hotel rooms created for those visiting the park.

Two ferry terminals will also be built on either side of the Thames, along with a visitor centre, and a new road from the A2.

It’s hoped that people would visit from around the world, boosting the economies of surrounding areas including Dartford, Gravesham and Thurrock, as well as wider Kent and Essex.

The application predicts the site will generate £50 billion in gross economic activity over an initial 25-year period, adding a significant boost to the economy after the pandemic.

It says building the park will open up more than 6,000 construction jobs, while the site will generate around 48,000 roles directly and indirectly by 2038, including 17,000 resort employees.

Work could start in 2022 if plans are approved.

Local councils will have a say but the final decision on whether to grant approval rests with the government due to the scale of the proposed resort.