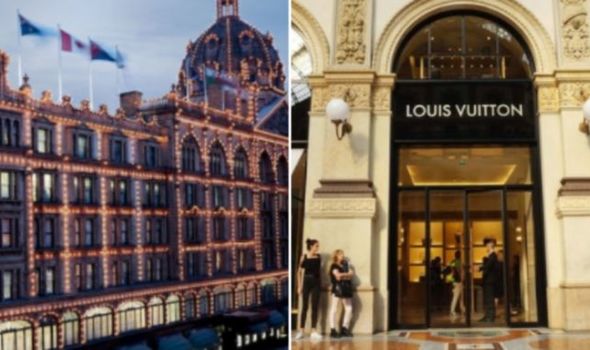 Around £100,000 of the proceeds also went on mini cabs to ferry sex workers to clients and high-value purchases were also sent to China to launder illicit earnings, police said.

A number of allegedly trafficked women, mainly from China and southeast Asia, with some Romanians, were also identified.

No one has yet been charged six months on.

Details emerged during an application by the Metropolitan Police for slavery and trafficking risk orders to be served against five people who were arrested.

They retain money by financing their lifestyles and there are various facets to move money out of the UK. “Items of high value were purchased in the UK and sent to other countries like China.

Ryan Dowding, representing the Met, said text messages on a phone seized from one of them, a male Chinese national, aged 30, showed it was “clear the individuals conspired together to provide female victims for sexual exploitation.”

Detective Constable Peter Eddy, who is leading the investigation, told the court receipts for purchases at Harrods and Louis Vuitton were found during the raids and cash was also laundered out of the country.

He said: “They retain money by financing their lifestyles and there are various facets to move money out of the UK.

“Items of high value were purchased in the UK and sent to other countries like China.”

If the court agrees, the orders, which can be served against people who have yet to be convicted of such offences, would restrict them from running brothels and carrying out activities that put people at risk of trafficking.

DC Eddy told the judge the five people, who cannot be named, had no bail conditions restricting their movements, because the Crown Prosecution Service (CPS) had only given an hour’s warning that they would not be charged before their custody time limit expired.

He said charges were unlikely to follow for at least a month because the force still has “millions of rows of data” from seized digital devices to comb through.

The four other suspects are two Chinese women, 68 and 31, a British woman of Chinese heritage, 39, and an Italian woman, 30.

Barnaby Hone, representing one of the Chinese women suspects, said the application had only been made by the force because it had been unable to secure bail conditions.

He argued that the force had only identified one victim who alleged to have been trafficked.

After a three-day hearing, Judge Goozee adjourned the case for judgement.

A CPS spokesman said: “Bail conditions are ultimately a matter for police.

“In this complex case we concluded the material passed to us by the police did not meet our threshold test for charge and a remand in custody.

“We continue to assist the police as they continue with their investigation.”