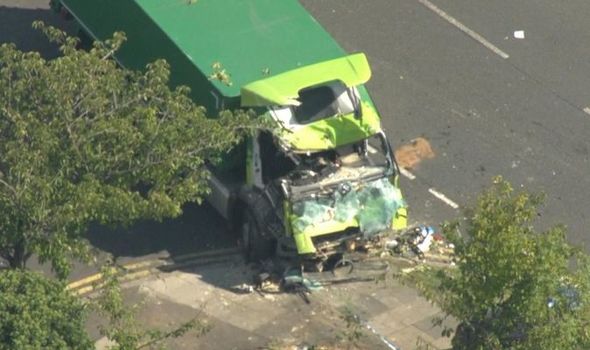 The incident in Kidbrooke, London, took place at around 8.05am this morning. A Met Police spokesperson said: “Police were called at approximately 08:05hrs on Monday, 14 September to Broad Walk, Kidbrooke, SE3 by London Ambulance Service to a road traffic collision involving multiple vehicles and a building.

“At this time, we are aware of a number of people being injured.

“One man has been declared dead at the scene. Work is ongoing to trace his next of kin.

The London Fire Brigade said firefighters from five different stations were in attendance.

Station Commander Nathan Hobson said: “It was a challenging incident and it appears that a lorry collided with two cars and crashed into a house.