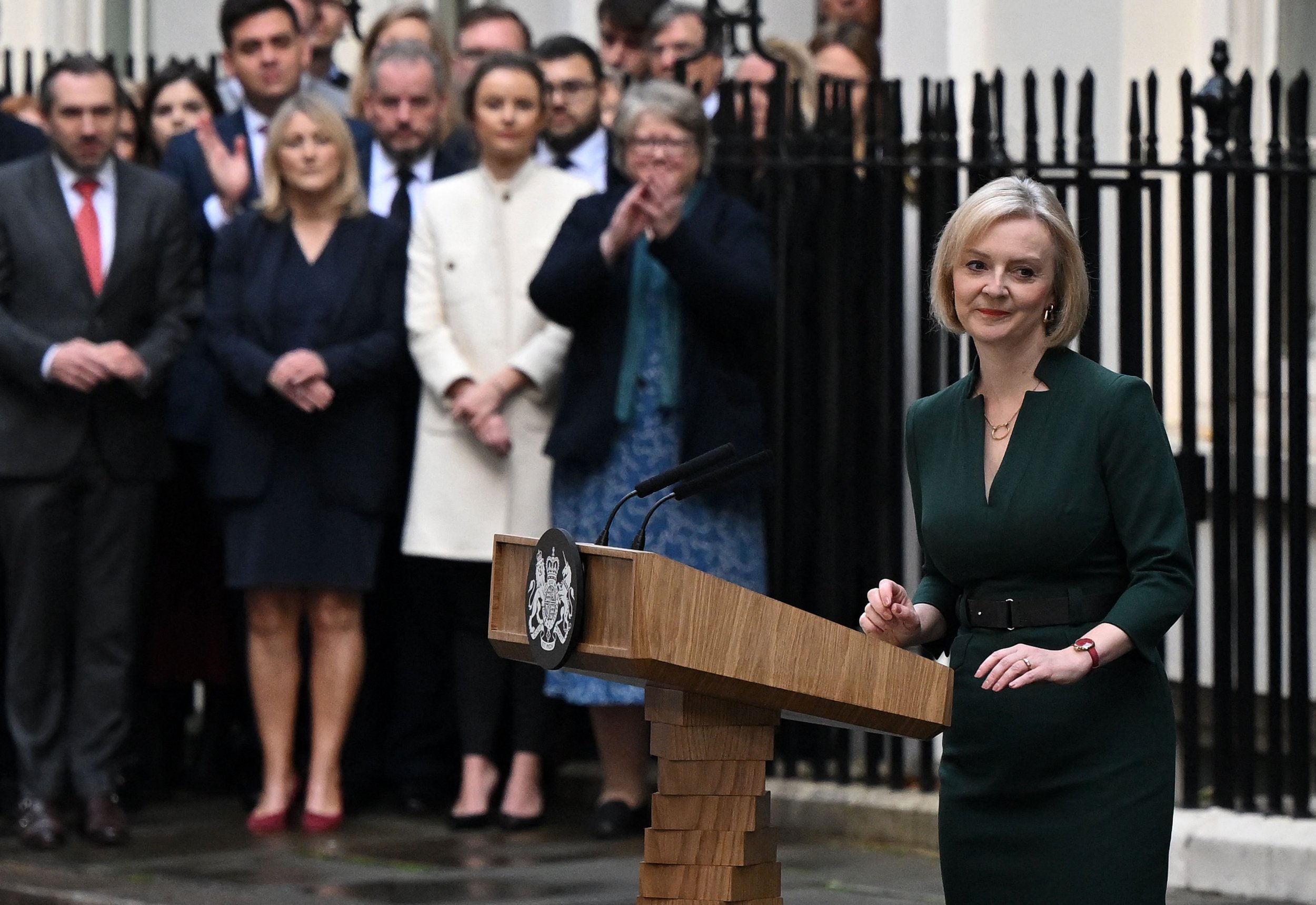 The lectern was seen during Truss’ first speech outside Number 10 – a fitting omen, given that her premiership toppled faster than, well, a Jenga tower.

It became an immediate talking point on social media for being made of a stack of twisting wooden blocks, not unlike the popular block-balancing game Jenga.

Two different versions were made for Truss, one paid by the Conservative Party and a second personalised one by the Government.

But amid the cost-of-living crisis – one worsened by Truss’ disastrous mini-budget – it’s emerged just how much Truss’ wonky tower cost the country.

Downing Street has revealed the podium cost £4,175 to make, according to a Freedom of Information request lodged by the Daily Mirror.

Labour deputy leader Angela Rayner said: ‘Not only did Liz Truss and the Conservatives topple the British economy and spike mortgage repayments, they have left taxpayers picking up the tab for this personalised lectern.

‘Her choice of a Jenga design should have been a warning sign of the chaos she was about to unleash.

‘This grotesque monument to failure should serve as a reminder that the Tories should never again be trusted with the nation’s finances.’

It seemed Truss’ podium wasn’t quite up to her successor Rishi Sunak’s taste either, as he ended up ditching it for a less quirky one.

Given how turbulently Truss’ leadership came to an end, there wasn’t enough time to make Sunak a new lectern so an old model was used instead.

Across the last six years, taxpayers have forked out for four different government lecterns.

The Bank of England warned yesterday that the UK is experiencing a ‘hangover’ from Truss’ mini-budget that’s not easy to cure.

The pound plummeted as government borrowing bloated after Truss’ administration

The central bank’s governor, Andrew Bailey, told MPs: ‘It’s going to take some time to convince everybody that we’re back to where we were before.’