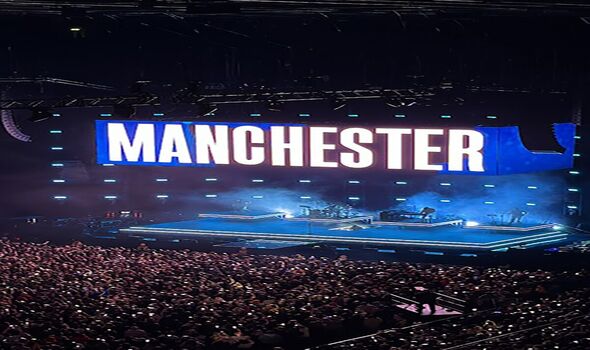 On Wednesday evening, Lewis Capaldi was in the middle of a song when he was forced to stop the show at the AO Arena in Manchester after he saw members of the audience fighting, reports claim.

The musician was singing his single ‘Hold Me While You Wait’, a dramatic relationship ballad which reached number four in the UK charts, when he noticed a commotion breaking out in the arena.

In video footage posted online, Lewis Capaldi is seen stopping the performance and holding out his hands up to signal to his live band and security to stop the fight.

He said: “They are scrapping in the crowd there. Erm, we are going to have to get them out.”

As the audience begins to boo at the people who stopped the performance, to which the singer then said: “We can’t be fighting.”

He then jokes with the audience “What a weird song to fight to. Bizarre, bizarre,” which causes the audience to laugh.