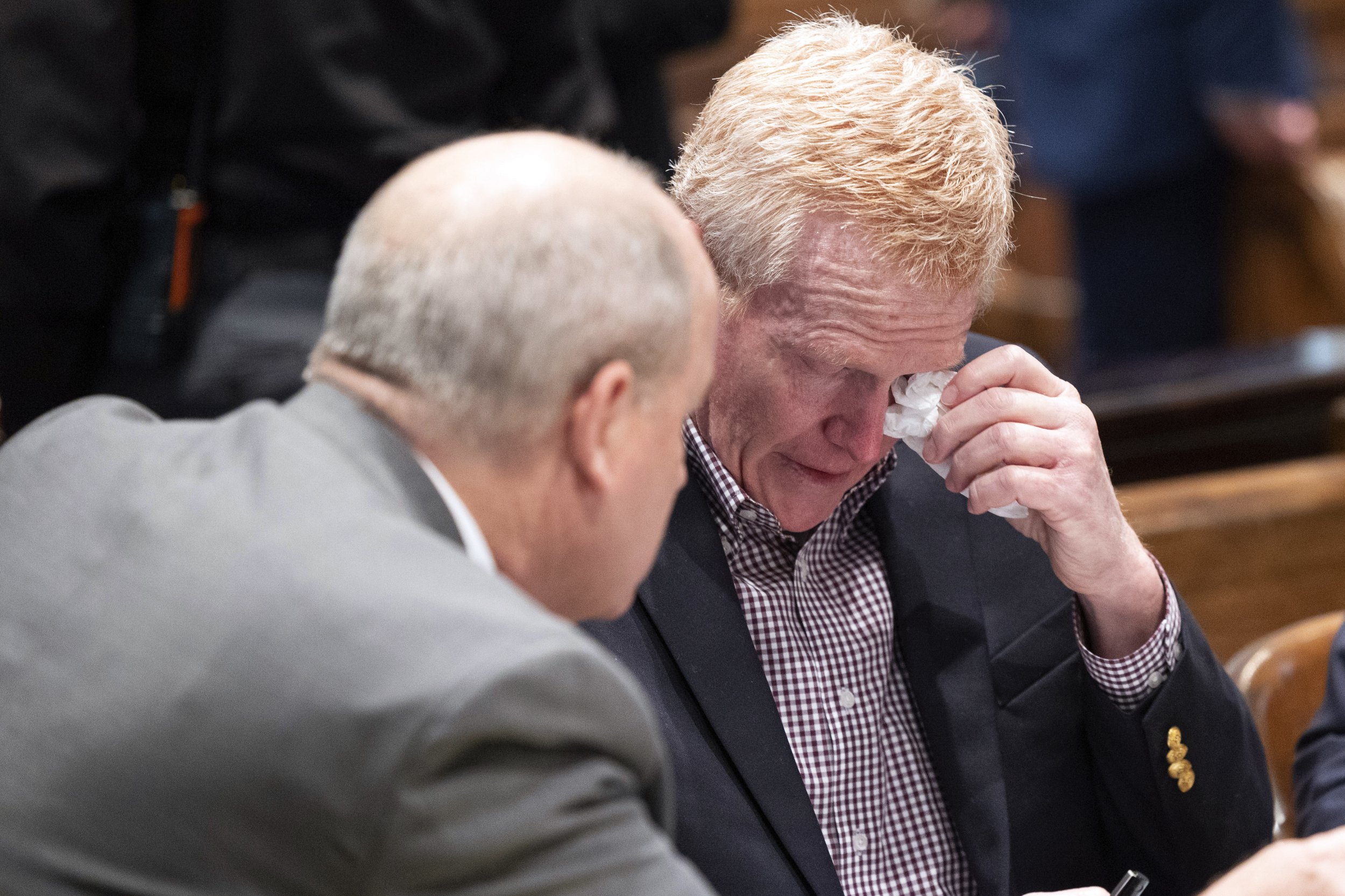 A disgraced lawyer wept at the start of his trial around the murders of his wife and son, as prosecutors said a ‘family weapon’ was used in part of the act.

Alex Murdaugh, formerly a high-profile South Carolina attorney, teared up as his lawyer Dick Harpootlian said he arrived home to ‘find his son (Paul) lying in his own blood with his brains lying at his feet – shot to hell’. Paul’s ‘head literally exploded’, according to Harpootlian.

Murdaugh, 54, is accused of shooting his wife Maggie, 54, and their younger son Paul, 22, at their home in Islandton in June 2021. A grand jury indicted him in July.

During opening statements on Wednesday, prosecutor Creighton Waters said Murdaugh fired at his son using a buckshot and then shot his wife two times with an AR-15-style rifle.

‘It was a family weapon that killed Maggie Murdaugh,’ said Waters.

Gunshot residue was found on the seatbelt of Murdaugh’s vehicle and on a raincoat at his mother’s home after the murders, according to Waters.

Harpootlian called Murdaugh a ‘loving father’ and argued it was ‘not believable’ that he killed his wife and son.

‘He didn’t do it. He didn’t kill… butcher his son and wife,’ Harpootlian said.

‘He is presumed innocent.’

Harpootlian said there was no forensic evidence like blood or footprints linking Murdaugh to the double murder.

‘Your mental framework is, he didn’t do it, they have to prove it to me beyond a reasonable doubt,’ the defense attorney said.

Murdaugh’s older son, Richard, is expected to testify against him. On Wednesday, he sat in the Colleton County Courthouse in Walterboro listening to the evidence that was presented.

The trial will resume at 9.30am on Thursday.