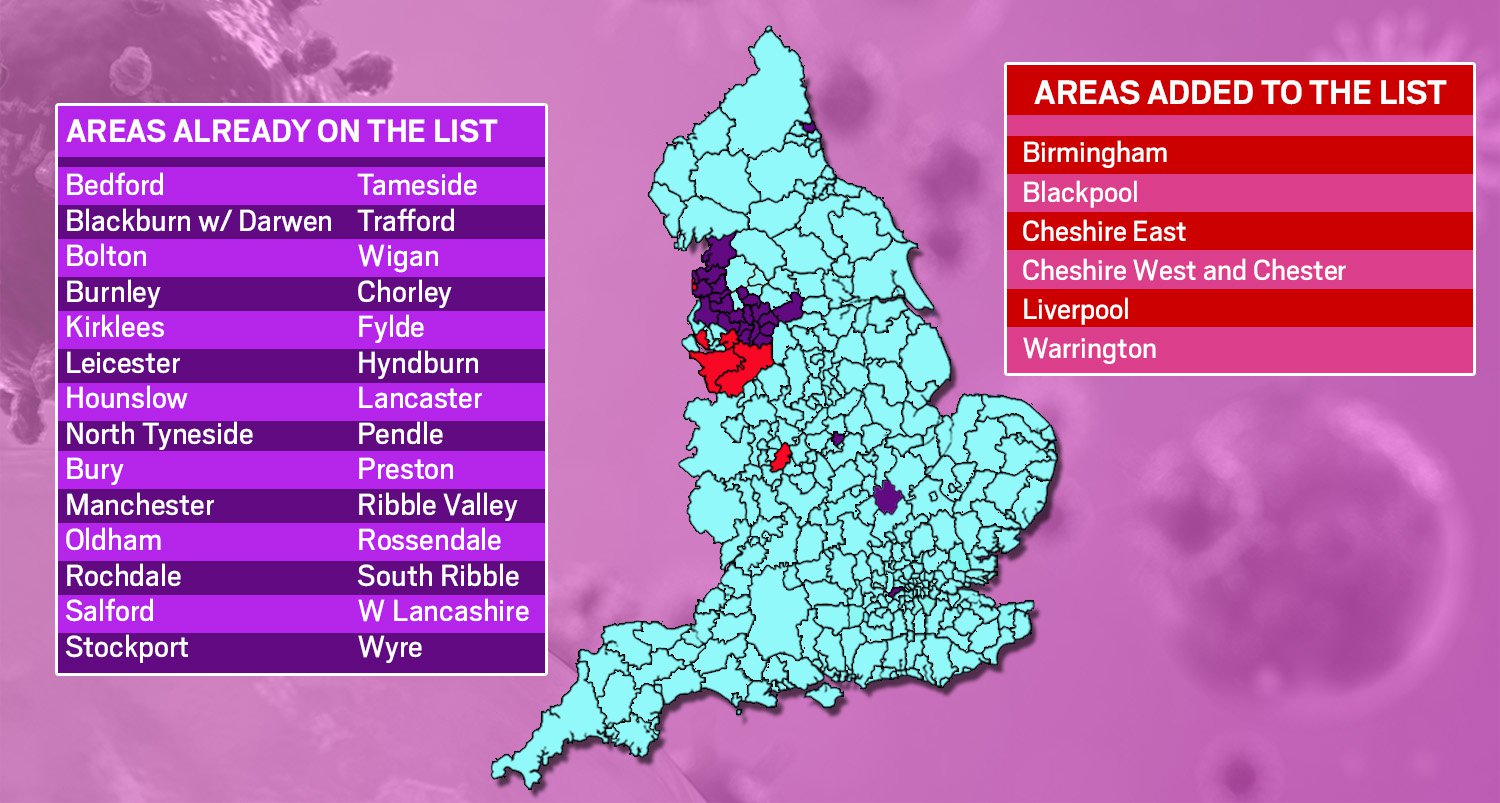 Most areas in England have seen a rise in Covid cases in the last week.

The latest figures from Public Health England show that 89% of all 315 local authorities in England saw an increase in cases in the week to June 12.

Boris Johnson is hoping to lift all remaining Covid restrictions no later than July 19 – following a four-week delay – by getting all adults vaccinated by then.

Just over 20% of the population are still unvaccinated while more than 40% haven’t had the second dose needed to ensure protection against the Delta variant.

But NHS boss Sir Simon Stevens told a conference on Tuesday that the rollout cannot speed up because Pfizer supplies are ‘constrained’.

The latest figures show the rollout has slowed somewhat this week.

Five areas with the biggest week-on-week rise in cases:

Cases have been steadily increasing over the weeks and all three local authorities with the highest case rates are in Lancashire.

Blackburn with Darwen continues to have the highest rate in the country, with 863 new cases in the seven days to June 12 – the equivalent of 576.5 cases per 100,000 people.

The biggest week-on-week increases in Covid cases were found in Lancashire and Cheshire.

The data does not include the last four days – June 13-16 – as it is incomplete and does not reflect the true number of cases.