Sir Keir has overseen the Labour Party’s rapid revival in the polls after the disastrous 2019 general election. Despite being widely seen as the architect of Jeremy Corbyn’s Labour throwing its weight behind a second Brexit referendum, he is adamant the party must move on. Prime Minister Boris Johnson insists Sir Keir is still a “Remainer lawyer” and the 58-year-old has even seen his attempted rebrand ridiculed after Sky News’ Sophy Ridge accused him of “borrowing” Tory language.

But, as Gabriel Pogrund and Patrick Maguire note in their tell-all book ‘Left Out’, Sir Keir “never intended to become Labour’s Remainer-in-Chief”.

They write: “His mission was not to thwart Britain’s departure from the EU but see it delivered, albeit with a minimum of pain.

“To Remainers like Alastair Campbell, he was the patron saint of disappointment.”

That did not stop Sir Keir meeting up with Tony Blair’s former spin doctor, as Mr Campbell attempted to front the so-called “People’s Vote” campaign. 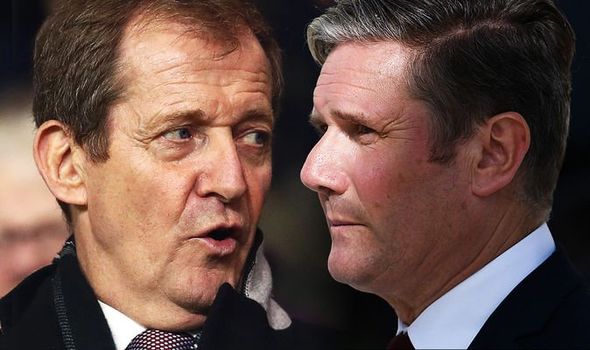 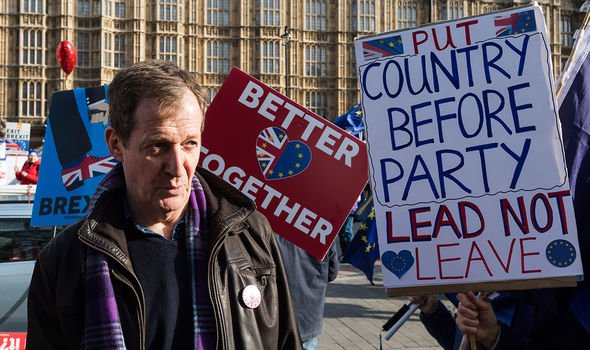 Mr Pogrund and Mr Maguire recall a visit Sir Keir made to Mr Campbell’s property ‒ but rather than plotting a Remain fightback, he bluntly shut down the New Labour veteran.

The book continues: “In the summer of 2018, Sir Keir visited the sultan of spin in his North London kitchen to disabuse him of the idea that Brexit could be stopped.

“‘I don’t know why you’re doing this,’ he told Mr Campbell. ‘We’ve had the referendum. 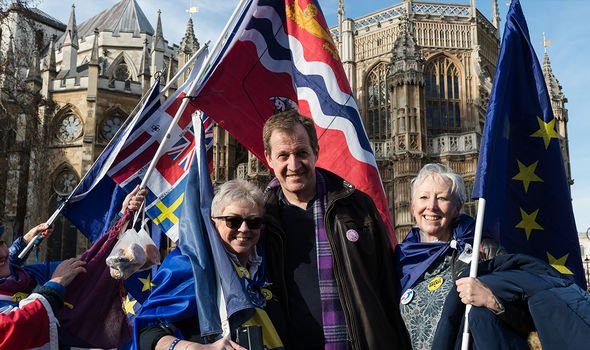 Sir Keir was so adamant on this, he earned the respect and trust of his opposite number ‒ then Brexit Secretary David Davis.

“David Davis trusted this to be the case ‒ the Brexit Secretary felt he had an ally in Sir Keir.

“He made sure his opposite number was appointed to the Privy Council and could enjoy the confidential Government briefings accorded to its members.

“In Brussels, too, he opened doors for Labour: with the UK’s ambassador to the EU, Tim Barrow, and Michel Barnier, the EU’s chief negotiator.” 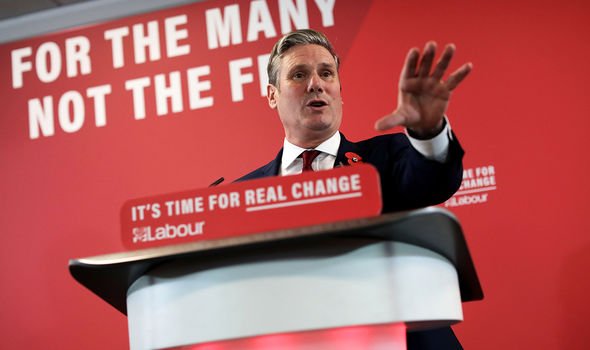 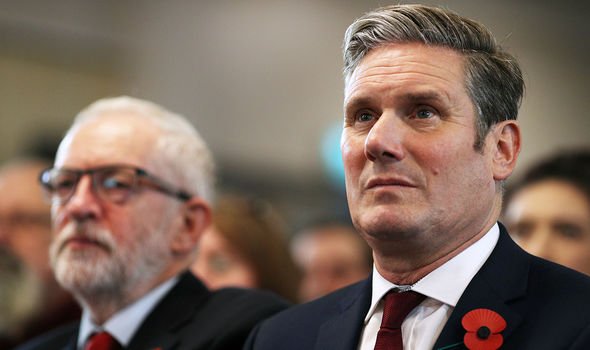 She said: “I am quite interested in your conversion from someone who supported a second referendum to now wants to, I quote, ‘get on with Brexit’.”

Sir Keir responded: “The Prime Minister promised there was an oven-ready deal, and he needs to get on and deliver on that promise.

“If he fails to do so, he owns that failure. Reopening old wounds and going back on agreements is a distraction. Go on and get that deal.”

Writing in the Sunday Telegraph, Sir Keir surprised many by writing: “We should be getting on with defeating this virus, not banging on about Europe.

“Get on with Brexit and defeat the virus. That should be the Government’s mantra.”

Sir Keir has said that Labour would back Boris Johnson’s Brexit deal if the Prime Minister gets rid of the Internal Market Bill, which threatens to breach international law.

A recent YouGov poll found 45 percent of voters do not “trust” Sir Keir to handle Britain’s exit from the EU compared to 29 percent who said they do.

The poll also found that just 34 percent of people trusted the Labour leader to grapple with the UK economy, which has been crippled by the coronavirus.

‘Left Out’ was published by Vintage in 2020, it is available here.