Sir Alan Duncan admitted he has “reservations” about Boris Johnson being Prime Minister, claiming he “flies by the seat of his pants”. The former Foreign Office minister also warned Mr Johnson may go “smack into a crisis of Government”. BBC Political Editor Laura Kuenssberg remarked: “In terms of your own future, what role do you think you will now take up?

“You have been, even as a colleague of his, even as one of his deputies as Foreign Secretary, there’s no secret that you’ve got real reservations about Boris Johnson’s character.”

“But when I was his deputy I was totally loyal, we never had an argument, I never badmouthed him.

“So I’ve served both foreign secretaries and I have no doubt which of the two I think is the more capable and the more competent. 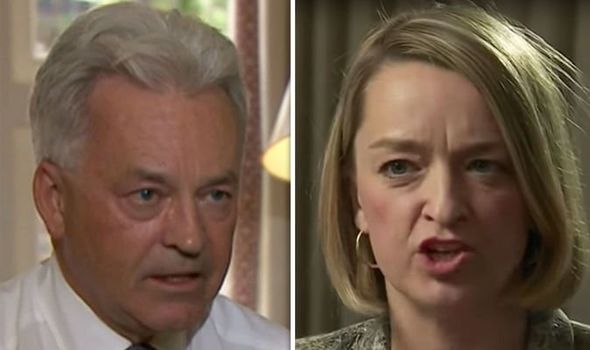 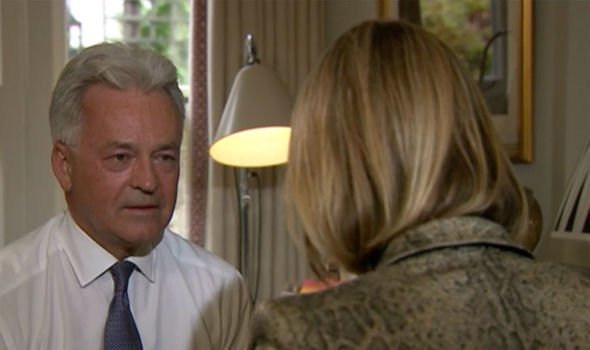 “So I have very grave concerns that he flies by the seat of his pants and it’s all a bit sort of haphazard and ramshackle.

“But there’s no personal animosity of any sort, I just think he’s going to go smack into a crisis of Government.”

Ms Kuenssberg asked: “Do you think he’s fit to be Prime Minister?”

The Tory MP for Rutland and Melton said “I will never say that he’s unfit to be Prime Minister”, before Ms Kuenssberg hit back: “Sounds pretty close.” 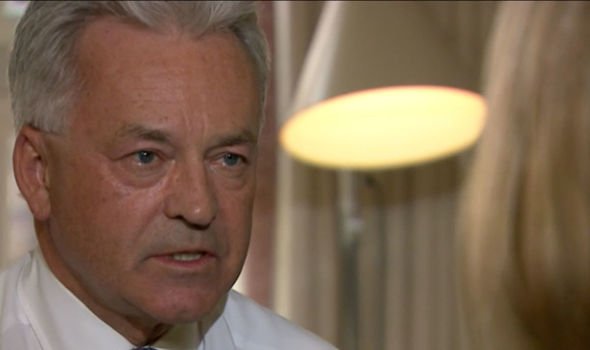 “You know, I’m a Conservative, I’m a patriot. I want him to succeed. My judgment says that it’s going to be very, very difficult.”

Mr Duncan also revealed to Ms Kuenssberg he resigned in a plot to trigger an emergency debate on Boris Johnson becoming Prime Minister. Howevere, his applocation was rejected by Speaker John Bercow.

Following the interview, Ms Kuenssberg tweeted: “Duncan makes plain he has held doubts about Johnson’s character for a long time, but angrily dismisses suggestions idea of holding a vote on a hypothetical Johnson govt before it’s formed was personal – he says it was the way to avoid a much worse crisis in autumn.” 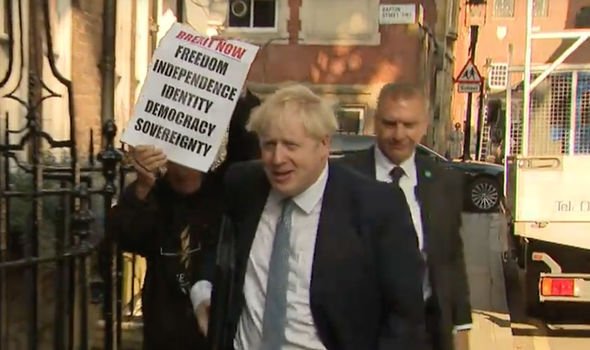 Ms Kuenssberg added: “His move is clearly not something Duncan dreamt up overnight – and that may be the worrying thing for Team Johnson – there are MP s who know their way around the system extremely well who won’t be on his side.”

Mr Duncan stepped down from his role in protest over the expected announcement on Tuesday that Boris Johnson will be the UK’s new Prime Minister.

The former Europe minister is said to be one of several ministers to walk out this week before Mr Johnson has the chance to sack them. His resignation comes after Chancellor Philip Hammond and Justice Secretary David Gauke said they would step down this week because they cannot serve under a leader who pursues a no-deal Brexit.

The junior Foreign Minister had accused Mr Johnson, the frontrunner in the race for Number 10, of throwing Sir Kim Darroch under a bus after he failed to support the ambassador when his memos about President Trump’s administration were leaked.

After a month of hustings, the winner of the Tory leadership contest will be revealed at 11.45am this morning.

The winner will then enter No10 tomorrow after Theresa May is given a final send off in the Commons at Prime Minister’s Questions.

Mr Johnson, who lead the 2016 campaign to leave the European Union, is the front-runner to succeed Mrs May, with opinion polls predicting him to get a huge majority.