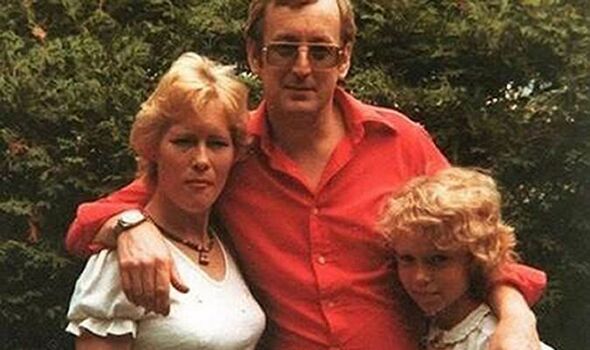 Causley, 79, murdered his wife Carole Packman nearly 40 years and has refused to reveal where her body is buried. The killer told the Parole Board he did not want the hearing to take place in public saying he may not give evidence.

But Parole Board chairman Caroline Corby said: “I have carefully considered Mr Causley’s representations and have concluded that the interests of justice outweigh the points raised on Mr Causley’s behalf. I therefore grant the application for the hearing to be held in public.”

Mrs Packman’s daughter applied for the Parole Board to hear the case in public to ensure the decision was transparent.

Samantha Gillingham, has maintained that Causley, now aged 79, should not be released until he discloses what he did with her mother’s remains.

Causley was handed a life sentence for killing Carole Packman, who disappeared in 1985, a year after he moved his lover into their home in Bournemouth, Dorset.

Causley was twice jailed for Mrs Packman’s murder – in 1996 and, after a quashed conviction, again in 2004.

Causley evaded justice for 10 years until he was caught out after faking his own death as part of an insurance scam in 1993.

He ‘disappeared’ from a yacht in the English Channel and was presumed dead when a search failed to find him.

Police launched an investigation but became suspicious about a £1million life insurance claim lodged after his went missing.

He was freed from prison in 2020, after serving more than 23 years for the murder, but was returned to jail in November last year after breaching his licence conditions.

Causley, who never revealed where he hid Ms Packman’s body, is next due to face the Parole Board for review in October.

The public will be able to witness the hearing via live link.

Mrs Gillingham and son, Neil, have spent years campaigning for Causley to remain behind bars as they believe he still poses an ‘emotional and psychological risk’ to their family.

Ms Gillingham said today: “It has been a long long battle to get to this point. Without Neil, I wouldn’t have been able to achieve this on my own.

“I have felt for many years that the parole board has not been listening to me as a victim of an ongoing crime.

“The judiciary has just not taken reality into account and I felt like they were not giving me enough.

“Other people have the remains of their loved ones and know what happened.

We don’t have that.

“I don’t know what to expect from the parole hearing – but I am very pleased they have made the right decision.

“It is important that they are transparent. I don’t understand how they could come to the conclusion that my father is safe to release – but if they do then I want the public to see it”.