Governor of Siberian region steps down after heavy criticism following fire at shopping centre that killed more than 60. 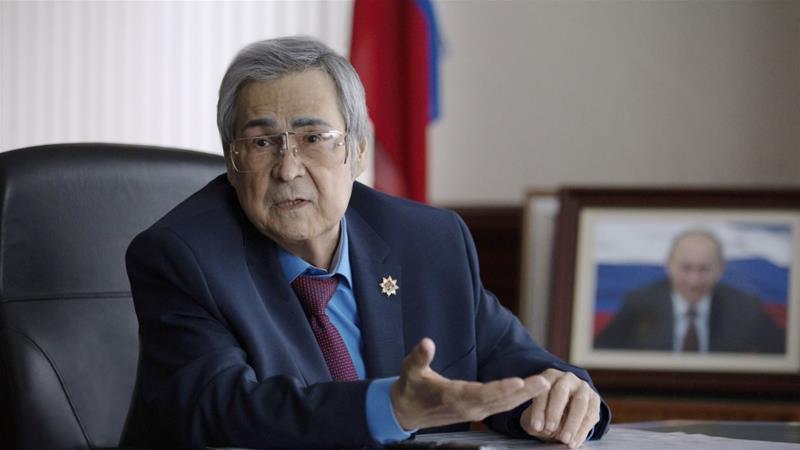 The governor of Russia’s Kemerovo region that was struck by a fire last month that killed more than 60 people at a shopping centre said he was resigning from his post.

In a video address posted on the regional administration’s website on Sunday, Aman Tuleev said his resignation was “the right, conscious and only true decision” following the deadly incident.

Thousands of Kemerovo residents held protests over the past few days, demanding the resignation of local officials after the deadly fire.

Protesters gathered at Kemerovo’s Sovetov Square on Tuesday, saying that they did not believe the official version of events about the fire that started in the Winter Cherry shopping centre.

The official death toll stood at 64, but protesters said they believed the number was higher. They also said the number of the rescue workers was exaggerated by city authorities.

Chanting slogans such as “the truth”, protesters at Tuesday’s demonstration demanded the resignation of Tuleev.

Investigators found last week that fire exits in the mall were blocked, the alarm system was broken and the public address system was not switched on. Reports of children locked inside cinemas also emerged after the incident.

Local media reported that the cinema employees would lock doors from the outside to prevent people without a ticket from entering in. On the day when the fire broke out, the cinema was full of parents and children. At least 41 children died in the fire, according to the official numbers.

President Vladimir Putin said the incident had been caused by “criminal negligence” and that those responsible would be punished.

On Friday, police arrested an executive with the firm that owns the shopping mall.

The calamitous way the emergency was handled focused attention on corruption and lax fire safety standards.