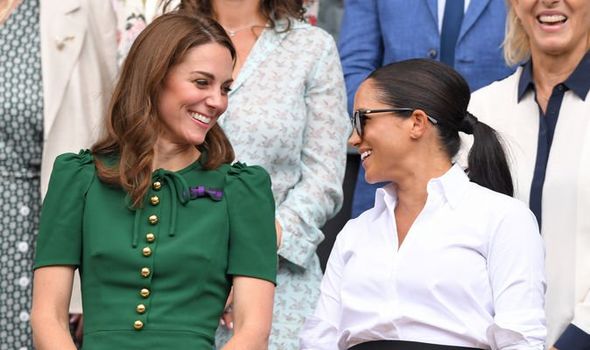 And since the Duchess of Sussex tied the knot with Prince Harry last year the couple have edged further and further away from their in-laws, the Cambridges. But after months of speculation over the seemingly lack of sisterhood between the two, the Duchesses are showing signs they are finally bonding – and it could be thanks to baby Archie. A source told People magazine: “There is a sense of [Meghan and Kate’s] relationship strengthening.

“They’re each a little more relaxed. They have more in common now.”

Last week Meghan, 37, and Kate, 37, were snapped giggling with each other as they sat side-by-side to watch the Wimbledon women’s final last week.

The pair, who were joined by Kate’s younger sister Pippa, watched as Meghan’s close friend Serena Williams was defeated in the final round.

An eagle-eyed onlooker said Kate and Meghan “were genuine and sweet together” and noticed the Duchess of Cambridge reaching out to comfort her sister-in-law when Serena was crushed by her opponent Simona Halep. 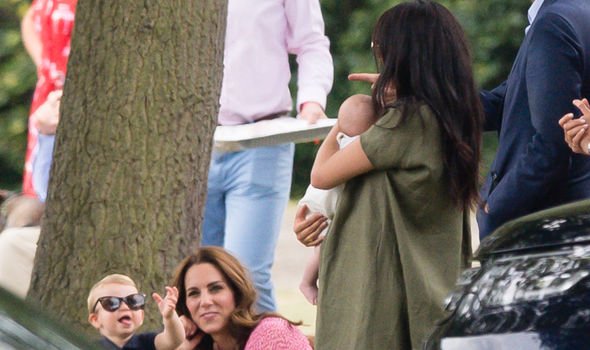 According to the Mirror, they said: “Kate put her hand out and rubbed Meghan’s back to console her.”

And just days earlier the ladies were pictured on the sidelines of a charity polo match in Berkshire with their children as they cheered on their husbands.

Kate looked relaxed as she played with Prince George, five, Princess Charlotte, four, and Prince Louis, 15 months, and treated them to snacks.

Meghan kept close to the Cambridges as she cradled two-month-old Archie for his first sporting event. 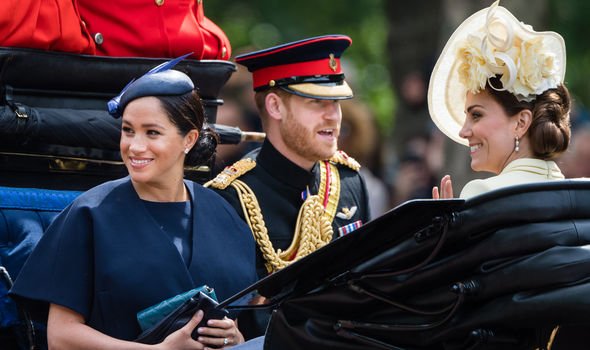 It’s no doubt the two women have bonded over motherhood, as Meghan does not have her mum on hand for parenting tips like Kate did when she became a mum to George in July 2013.

Meghan is also separated from her close-knit group of friends she was surrounded by during her Suits days in Toronto.

Although Meghan and her best friend Jessica Mulroney, 39, keep in touch, the mum-of-three is thought to have visited her pal in the UK only a handful of times since she made the leap across the pond in 2017.

Meghan’s mother Doria Ragland, 62, jetted in before Archie’s birth on May 6 and returned for his July 6 christening.