Kate Middleton, the Duchess of Cambridge, is the wife of Prince William and mother to their three children: Prince George, Princess Charlotte and Prince Louis. The Cambridge family includes the second, third, fourth and fifth in line to the throne. As the future King and Queen consort, royal protocol is especially strict for the Duke and Duchess of Cambridge, dictating how they must act, speak and behave in public. But what is the one rule that means Kate Middleton cannot travel with her son and her husband at the same time?

It is believed the tradition dates back to the early days of air travel, when flights weren’t deemed as safe, but the Queen has relaxed the rule in recent years.

Monarchs and their heirs were not allowed to make journeys in planes together in case a tragic accident wiped out the royal lineage.

This is te same reason the US president and vice-president are not permitted to fly together.

Prince William and Catherine have in the past chosen to break with royal tradition and travel with their children. 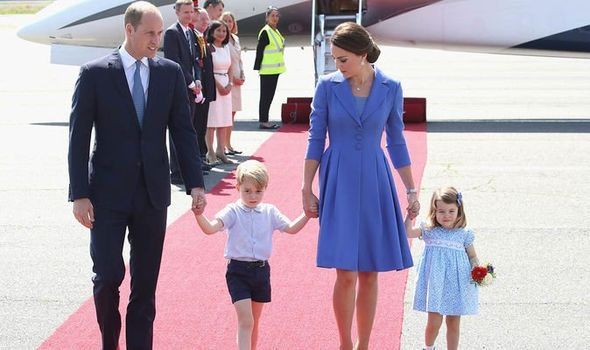 But this will only be permitted until Prince George turns 12. After that, he and his father will be required to fly separately.

For journeys the father and son have taken in the past, the Duke of Cambridge had to get special permission from the Queen to travel on the same plane.

For instance, when the Duke and Duchess of Cambridge visited New Zealand and Australia on a royal tour, the couple had to get permission from the Queen, who agreed.

Prince George is third in line to the throne, behind his dad Prince William and his grandad Prince Charles. 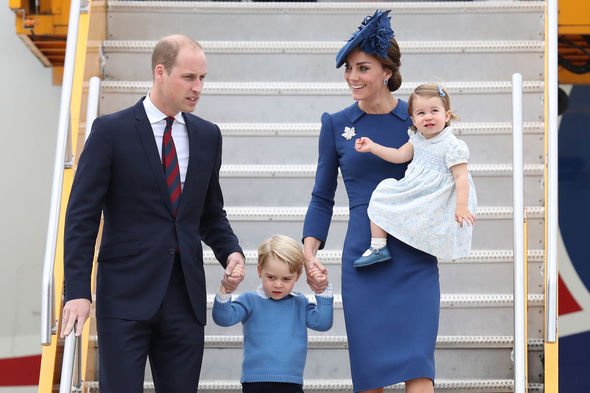 While there are no rules governing who Kate Middleton can or cannot travel with, she will be unable to travel with her son and husband at the same time as they are banned from travelling on the same plane.

Royal tradition also states Prince Charles and Prince William should never get on the same plane together.

It is not only private jets that this rule applies to – it is also the case for any commercial flights the royal family takes. 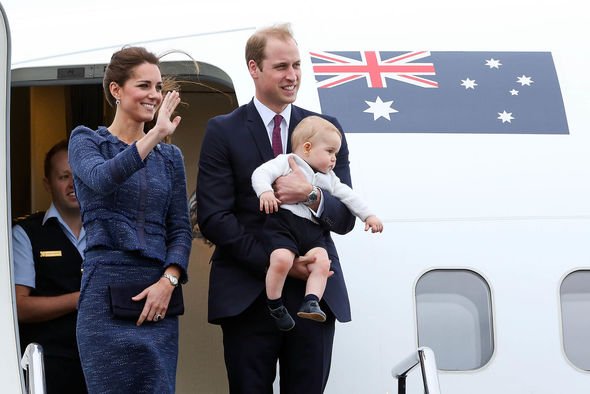 Although the Queen does not take commercial flights, Prince William and Catherine have been known to skip private planes in favour of commercial airlines, for instance Kate Middleton flew on a British Airways flight to Rotterdam in 2016 and Prince William was spotted on a Ryanair flight to Glasgow the year before.

In 2011, William and Kate experienced the same frustrations of air travel we all do when their British Airways plane’s in-flight entertainment broke.

The Duchess of Cambridge is clearly a fan of the airline, especially given that her parents both worked for British Airways.