The duchess is patron of the All England Lawn Tennis Club (AELTC) and presumably arrived solo as she will be meeting the players before the game. Kate will be joined by Meghan Markle later on and they will be watching from the Royal Box for Serena Williams’ clash with Simona Halep. It will be the second trip to Wimbledon for both women – as Kate sat in Court 14 to watch the UK’s Harriet Dart, before heading to Centre Court to watch Roger Federer in action.

But Meghan’s visit caused controversy after her royal protection officers told spectators not to take pictures of her while watching Williams on Court One because she was there “in a private capacity”.

This was due to the duchess and two friends being pictured with rows of empty seats.

Serena Wiliams are close friends, with the tennis player even attending her wedding to Harry last summer.

When asked about the negative press, Williams said she never reads anything about Meghan in the news. 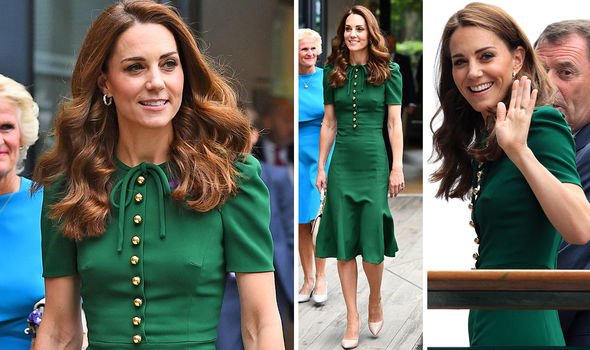 Serena said: “She couldn’t be a better friend to me. Low moments, high moments, she’s always there.

Serena is just one match away from equalling the women’s record for the most grand slam wins.

The seven-time Wimbledon winner has a total of 23 grand slams under her belt. 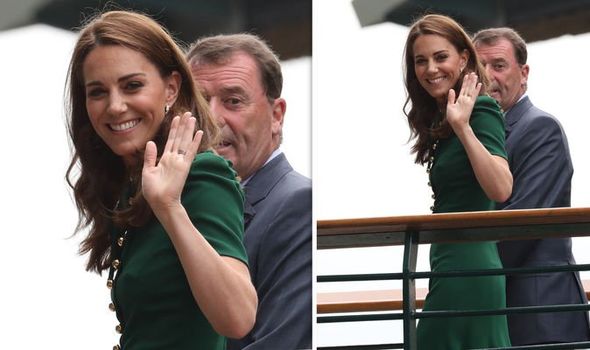 This is just one away from Australian player Margaret Court’s record of 24 which has stood since the 1970s.

A spokesman for the Met Office also warned the duchesses ran the risk of some wet weather.

He said: “There’s a fairly good chance that it’s going to stay dry but I couldn’t rule out a few showers around mid afternoon.”

He said there was a 30 percent to 40 percent chance of the tournament seeing some rain.

The spokesperson added: “Other than that it’s looking dry and bright with some sunny spells with highs of around 23C (73.4F).”