Kate and William’s romantic meal in town where they met

Kate Middleton and William arrive at Palace of Holyroodhouse

The Duke and Duchess of Cambridge, who used to go to Pizza Express in St Andrews when they were students, chose the more upmarket Forgan’s. They had tried to keep their date a secret but by the time they finished a large crowd were outside, trying to get a peep of the royals. Even Forgan’s manager Marc, who was off-duty, didn’t know Kate and William had booked a table in the private seating area at the back. It is a favourite with visiting golfing celebrities including Rory McIlroy.

Marc, who didn’t want to give his last name, said he was called at home by staff. “Word certainly reached me we had guests come in. There was a crowd outside once they left but as far as inside goes it was quiet,” he said. “There was no pomp and ceremony, they were very nice and when they left they were very complimentary.”

The royal couple stayed in the town ahead of yesterday morning’s engagements on the beach and at the university.

In their first year there in 2001, William and Kate lived a few doors apart at St Salvator’s hall of residence and became friendly.

She captured his attention when he forked out £200 for a front row seat at a charity student fashion show where Kate strode confidently down the catwalk in a see-through lace dress which revealed her black underwear.

Kate, 39, is also credited with persuading William, 38, to continue his studies when he considered quitting in his first year. 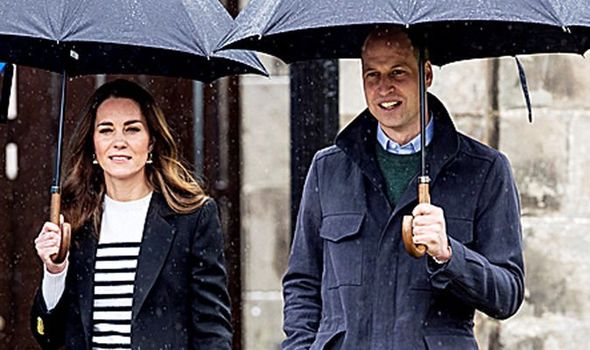 Then in their second year, he and Kate began sharing a four-bedroom Edwardian townhouse in Fife with other students. At the time Kate was dating fellow student Rupert Finch. She and William are thought to have become an item around Christmas 2003.

Yesterday the couple returned to the university to talk to students about how they have been coping during the pandemic.

They were told about the Can Do project, which has seen hundreds of events staged, including debates, dance classes, first aid sessions and film showings.

William asked: “Has it been hard throughout lockdown [stuck] in your rooms? For freshers it’s really difficult trying to work out who they know and their friends.”

The couple also helped to finish painting socially distanced hearts on the university’s St Salvator’s Lawn, introduced by the Can Do scheme to encourage students to spend more time safely outdoors. 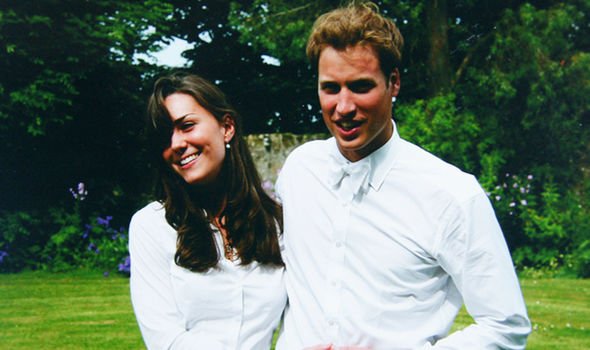 In the Can Do marquee they joined an interfaith discussion with students from different religious backgrounds. They also chatted to members of a sewing group making bunting and watched a dance class with students performing solo.

After the young men and women danced the cha cha cha, William asked: “Do you dance in your bedrooms on Zoom?” When told they did he replied: “It’s almost impossible to dance on Zoom.”

In the afternoon he and Kate met fishermen and their families at Pittenweem’s harbour.

They spoke to children who had turned out in force despite their visit supposedly being secret.