Justin Trudeau on meeting ‘favourite person’ as a child—the Queen

Thousands are expected to line the streets on Monday as the body of Queen Elizabeth II, the British monarch who reigned for 70 years, is laid to rest in a ceremony in Westminster Palace. As well as those on the streets, millions are expected to watch across the globe, in what could be the biggest ever TV event in history. The funeral itself is also expected to be attended by some of the world’s most influential leaders. Among those attending the state funeral include US President and his wife, Joe and Jill Biden, Emperor Naruhito and Empress Masako of Japan, King Felipe VI and Queen Letizia of Spain, French President Emmanuel Macron, and European Union leaders Ursula von der Leyen and Charles Michel.

Another who has confirmed his attendance is Canada’s Prime Minister Justin Trudeau, who posted an emotional tribute to Her Majesty when news broke that the monarch, who was aged 96, had died at her holiday home in Balmoral, Scotland, on September 8.

He wrote in a moving message on Twitter two days after her death: “I will so miss the chats I had with Her Majesty Queen Elizabeth II. She was thoughtful, curious, helpful, and funny – and she brought comfort and strength to us all. In memory of her lifetime of service, I signed the book of condolences at Rideau Hall this evening.”

Among the stories he has shared across the days since Her Majesty’s death includes when he was a child and met the Queen while his father, Pierre Trudeau, was Prime Minister.

When the Queen visited Pierre in the Seventies, a young Mr Trudeau was also present, and some years later the pairs reunited in 2015, with the Canadian Prime Minister the one shaking hands with Her Majesty as leader of his nation. 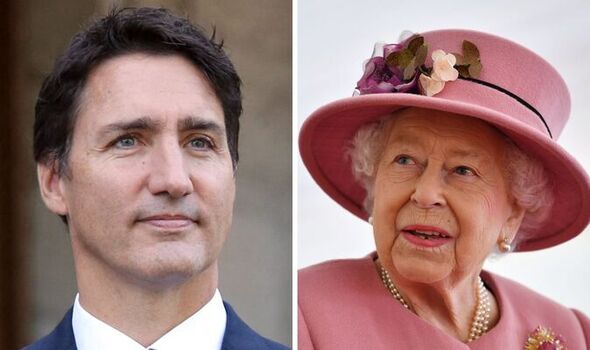 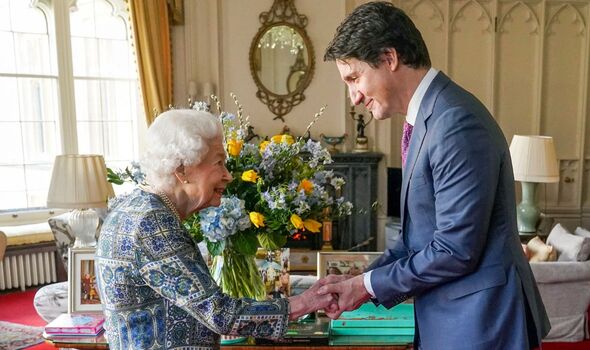 In the meeting, the Queen said it was “very nice to you again”, as they shook hands. She noted how it was “rather different circumstances” from the last time they met.

Joking with Her Majesty, Mr Trudeau noted that back then “you were much taller than me the last time we met”, before the pair began discussions of a more political nature.

In the aftermath of his visit, Mr Trudeau delivered a speech at Canada House, paying tribute to the monarch. He said: “She was of course gracious and insightful, with a unique and valuable perspective. 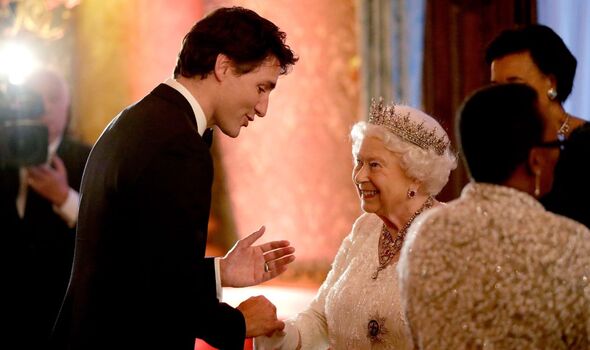 Separately, Mr Trudeau described how Pierre was so fond of the Queen, noting how he could “tell my dad was really proud to be introducing his son” to the monarch.

He recalled their encounter as a child with Her Majesty earlier this month when politicians in Canada paid their own tributes to the Queen, including Mr Trudeau who admitted he was “extraordinarily fortunate to have known [her] throughout my life”.

Speaking during a special session of Canada’s House of Commons, Mr Trudeau said: “The first time I met her was in 1977 when I was just a little boy.

“When I would meet with her as Prime Minister almost four decades later in 2015, I joked that the last time that we had met she had been taller than me – she responded with a quip about my making her feel old.

“Her sense of humour was one of her many great qualities and one of the many reasons why she was one of my favourite people in the world.” 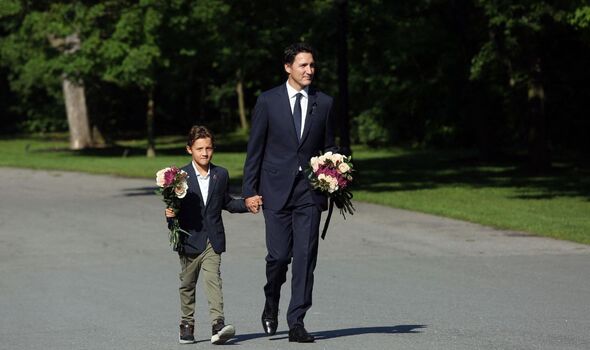 Earlier in September, Mr Trudeau announced that a federal holiday will be declared so Canadians can pay their respects to Queen Elizabeth II, and watch her state funeral. However, many workers will still be unable to witness the event as they fall under provincial jurisdiction.

He said: “Declaring an opportunity for Canadians to mourn on Monday is going to be important. For our part we will be letting federal employees know that Monday will be a day of mourning where they will not work.”

More than 90 percent of Canadians fall under provincial jurisdiction, meaning they are not granted leave for federal holidays, something Mr Trudeau said he was working with the country’s provinces to attempt to pass with a possible public holiday.

In Quebec, a French-speaking province that has been critical of the Royal Family, noted no holiday would be granted, instead a “day of commemoration” marked, its leader François Legault said.

Doug Ford, leader of Ontario, Canada’s most populated province, also followed Quebec’s line, adding: “This will give all Ontarians an opportunity to reflect on the remarkable life of Queen Elizabeth II and her unrelenting commitment to service and duty.

“It also allows students to be in school learning about the many contributions the Queen made to the people of Ontario, Canada, and the entire Commonwealth, as well as the accession of King Charles III.”