The President of the United States and his wife arrived to meet with the newly-appointed King at Buckingham Palace, ahead of this evening’s reception, held by King Charles. The couple were spotted arriving in the £1,300,000 limo, nicknamed, ‘The Beast’, whilst other world leaders opt to travel on a coach.

On Sunday, Joe Biden and his wife, Jill, arrived in London, ahead of the late Queen’s funeral on Monday.

Later in the day, the couple were spotted arriving at Buckingham Palace to meet with King Charles, ahead the reception this evening.

The couple opted to arrive in style and were seen getting out of The Beast, before being welcomed by Tony Johnston-Burt, the master of the late Queen’s household.

Mr Johnston-Burt could be seen greeting the couple and shaking the hands of the President and his wife as the two made their way up the steps to the Palace. 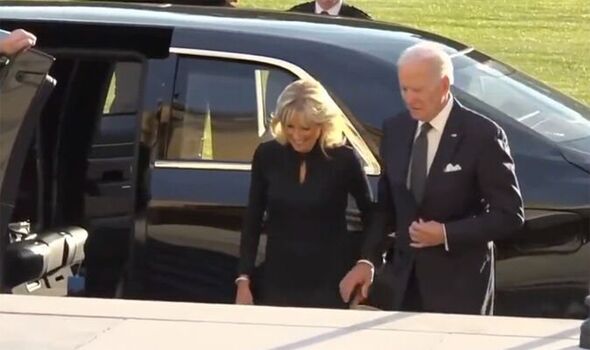 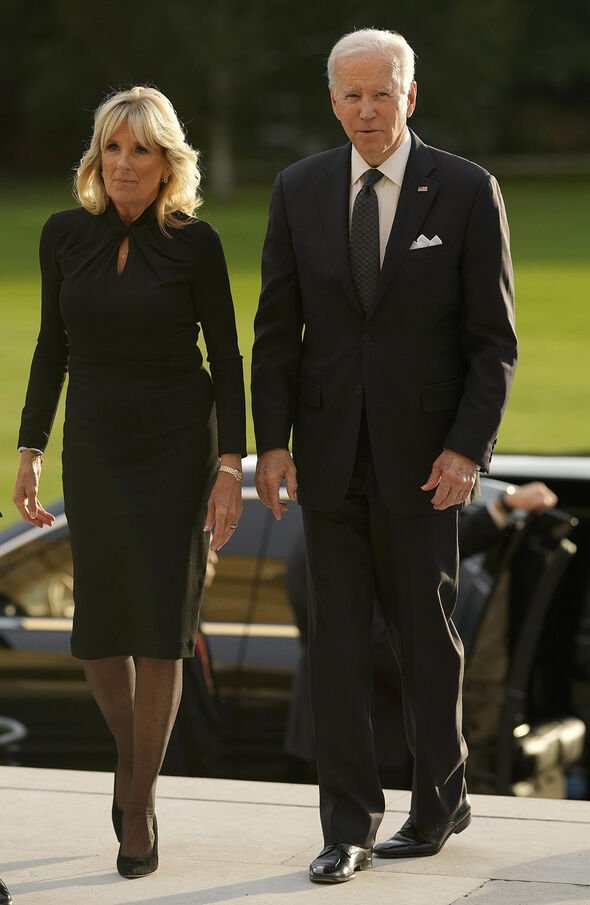 Before their visit to the Palace, the couple joined mourners from across the globe by paying his respects to the late monarch at Westminster Hall.

“You were fortunate to have had her for 70 years, we all were. The world is better for her. Thank you.”

He also added that the late Queen reminded him of his mother.

Emmanuel Macron and wife Brigitte also arrived in London, ahead of the funeral.

The French President and Brigitte are among world leaders who will be attending the Queen’s state funeral on Monday.

Although Volodymyr Zelensky, the president of Ukraine, will not be in attendance on Monday, his wife Olena Zelenska arrived in London on Sunday and is attending on behalf of her husband.

Prince Andrew faces total exile from Firm [REPORT]
Charles to wield axe on Andrew, Harry and Beatrice who could lose role [REPORT]
King Charles looks to change working royals law on who can stand in [REPORT] 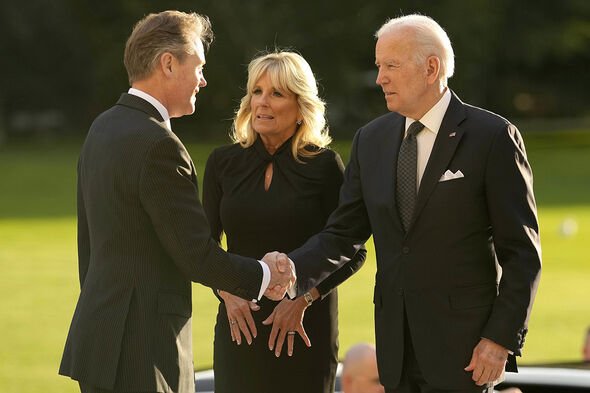 Queen Elizabeth served as the Queen of the United Kingdom for 70 years and held the title as Britain’s longest-reigning monarch.

The late monarch first became Queen in 1952, following the death of her father, King George VI.

The state funeral for Queen Elizabeth II will take place on September 19 at 11am BST at Westminster Abbey.